Review for RiMS Racing. Game for PC, PlayStation 4, Xbox One, Nintendo Switch, PlayStation 5 and Xbox Series X, the video game was released on 19/08/2021

RiMS Racing is a motorcycle simulation video game developed by RaceWard Studio and published by Nacon and Bigben Interactive. You can get on 8 European and Japanese motorcycles such as the Yamaha R1 or the Ducati Panigale V4. You can also try your hand at ten legendary circuits such as Zolder, Laguna Seca, Suzuka and others, as well as some city circuits specially created by the developers against the backdrop of evocative landscapes such as those of Norway, Italy or the United States. The title was released for PC, Nintendo Switch, Xbox Series X, Xbox Series S, PlayStation 5, Xbox One and PlayStation 4. With the presence of a complete and proven title such as Ride 4, how can an independent team churn out something unappetizing ?

Let's start by saying that the game has both lights and shadows (and which game does not have any? - Editor's note), but to crush it without appeal just because "it is indie" does not fit our style. There are very good things and less good things, but we are at the beginning and the game will be updated as we go. In addition to the Career mode, where we will play as a driver who has to manage every aspect of his competitive activity, it is possible to do the usual fast races, time trials and multiplayer mode. In terms of content, the title looks promising because it has already received the support of leading motorsport brands such as Pirelli, Metzeler, Marchesini, Arrow, X-Lite, Brembo and many others. Let's take a look at the various aspects and get on track! 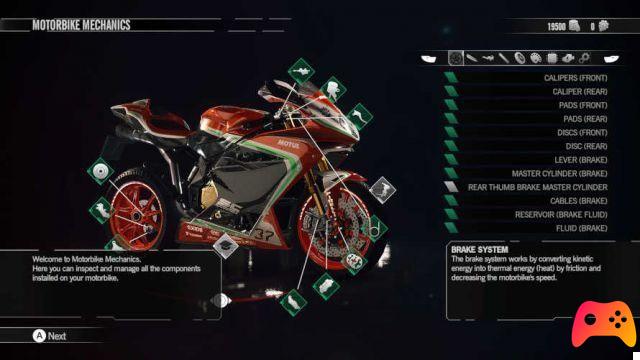 Headquarters is your life

After an initial tutorial run, RiMS Racing takes the player inside his Headquarters (HQ), a sort of building divided into two floors (half workshop and half office). Here you can manage your motorcycle fleet with related maintenance and processing interventions, but also everything related to the rider: race calendar, clothing, helmets e everything related to our competitive sphere. The advice we can give you is to spend a lot of time here, trying to understand what are the improvements to apply to the bike and, above all, which parts need to be changed before excessive wear makes them unusable. Yes, because as we have already said at the beginning, RiMS Racing has purely managerial aspects that force the player to make decisions even and above all off the track, decisions that then inevitably affect the racing events.

If, for example, your brake pads are starting to be around halfway through their service life, it is better to replace them and get something out of the sale, rather than replace them when they are finished and are practically worthless. Similarly, the bike is made up of dozens of parts that must be assembled in order to participate in the races, so they are always the first to check to avoid having unpleasant surprises. Everything must be as fit as possible, both for what concerns the bike and for what concerns the rider's equipment. Racing with a bike that has worn brakes, suspensions to be redone or an engine that is not in very good shape, is equivalent to throwing yourself into the gravel after a few corners. The management of the vehicle in RiMS Racing is fundamental if you want to win races, then take the time to understand how to step in and how to handle the various game mechanics. 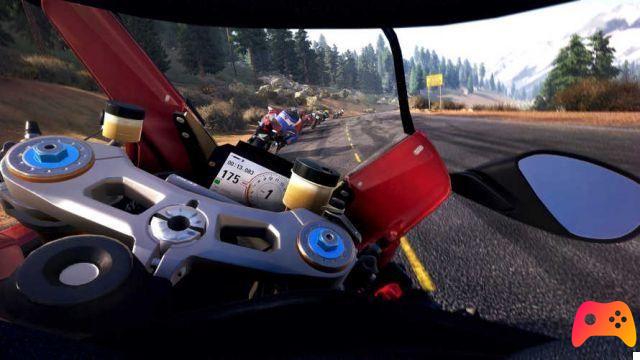 RiMS Racing forces you to take off the role of the gamer and put on the pilot suit done and finished. Forget any kind of driving aid or “ready to go, full throttle” approach because otherwise the game will end up on the shelf very quickly. At a purely driving level, first of all learn to use the manual gearbox: the automatic is not set to the best and learning techniques such as "short shifting" is essential from a racing perspective, otherwise you will always destroy the rear tire. Same thing goes for the settings of the gear ratios: the default ones are hands in hair. Once this is understood, the pilot mentality needs to be fixed: falling often costs too much, you can't afford it.

The vehicle is precious and must be safeguarded as much as possible, because the money is yours and there is no team manager to pay for damages and spare parts. Yes, because the manager of your team is only and exclusively you. During the races you will have to pay absolutely attention to the other drivers, because the AI ​​is one of the sore points of the game: as long as the race takes place normally, everything is normal, but as soon as an element alters the predetermined pattern, you can witness really crazy accidents. Absurd tampons and group falls are the order of the day. Regarding the level of difficulty, however, know that it tends to be very low. The difficulty of this game is not so much in being able to beat the opponents, but in knowing how to manage the tires and the mechanics of the bike. 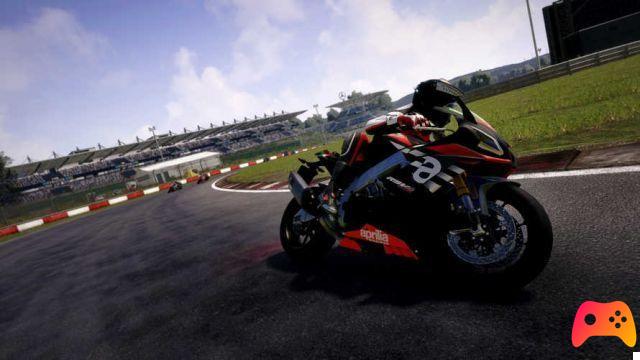 RiMS Racing under the graphic aspect is an absolutely two-sided title: on the one hand the modeling and rendering of the motorcycles with the various components and details rendered practically to perfection, on the other hand, the setting that seems to have come out of a fifteen-year-old title. If we were to consider it only for the work done on the bikes and on the details of the racing rider, the title would absolutely leave you speechless, then unfortunately you look around and your jaw falls for other reasons. The graphic rendering of the damages is practically absent, except for some scratches and signs of wear. A self-respecting simulation, unfortunately, after a flight at 200 per hour in an escape route should reduce the bike to a thousand pieces.

On the one hand we are sure that the development team wanted to avoid treading too much on the hand, but on the other hand it is ok that the dynamic damages of the bikes make it more difficult to ride after each fall, but the bikes are not machines and it takes very little to not being able to start again or to report considerable damage. And it would be nice to see them. Incredibly the whole graphic sector linked to the personalization and disassembly of the pieces is beautiful and evocative, truly interactive and exciting. The audio sector, on the other hand, is really pleasant and well structured, with the sound of the well-sampled engines and the soundtracks perfectly in line with the type of game. 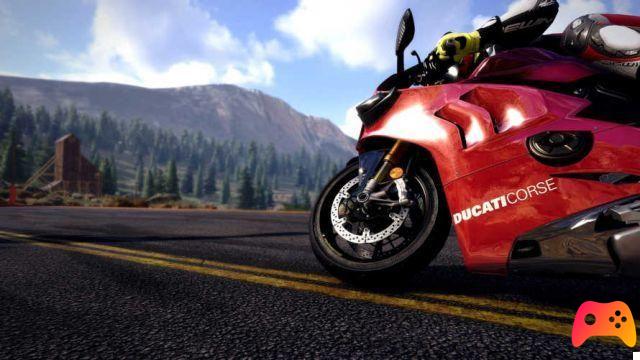 The online mode of RiMS Racing is well structured and allows many hours of fun thanks to events and challenges with other players. There is also a local multiplayer mode, in which you can challenge your friends at home. For the rest, the servers seemed stable and well functioning, the only problem is that this type of mode is now the hub of simulation video games and it should be structured a little better, perhaps with the possibility of racing with the bike made by us and other features that already exist on the competitor's games.

RiMS Racing is a really interesting title. The basics are all there, the development team has shown that they know their stuff and we are confident that things will improve over time. We will need more bikes, some more tracks and maybe some AI improvements. On the issue of landscape modeling, the matter is subjective. Otherwise, we can't wait for the game to improve further. Give it a chance and you won't regret it!

► RiMS Racing is a racing-Simulation-Sport type game developed by RaceWard Studio and published by Nacon Bigben Interactive for PC, PlayStation 4, Xbox One, Nintendo Switch, PlayStation 5 and Xbox Series X, the video game was released on 19/08/2021