Dopo un MMORPG content but undoubted success the boys and girls of Black Eye Games slightly shift the shot: now the focus is on the life of the besieged, with Siege Survival: Gloria Victis! The events that took place behind the solid walls of the besieged castles are never mentioned in school history books; all the attention is usually focused on the besiegers because the latter are more interesting and in 90% of cases the winners. 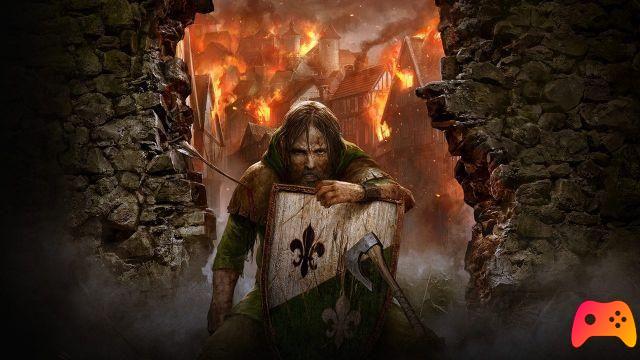 For those taking cover behind the walls, a siege has always meant a one-way ticket to the afterlife, but there have also been notable exceptions. Despite this we all know that the exception does not always confirm the rule: in Siege Survival: Gloria Victis we will have to impersonate a group of ordinary citizens found themselves against their will to try to survive within their besieged city. 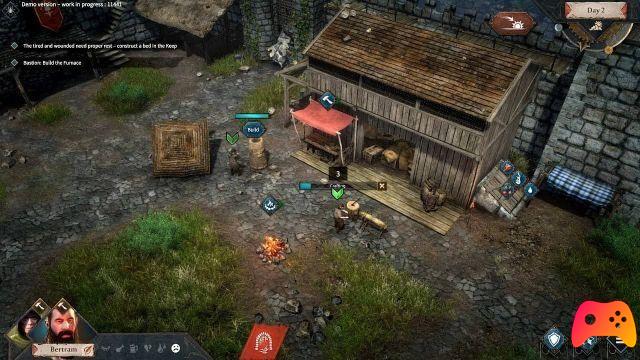 Siege Survival: Gloria Victis offers two modes, a totally random sandbox and a campaign: obviously the advice is to play the main campaign first in which all the elements necessary to fully understand the game mechanics will be introduced. The campaign mode shows us how the city we live in has been attacked by a Viking-like people and has almost completely fallen under the blows of the besiegers. Only the keep and the castle remain. Our survivors (all with different backgrounds and abilities) therefore try to get busy and fight to survive. The game makes us understand from the beginning that it will not be easy to survive and that the actions of "looting" will be vital. As if surviving wasn't enough we will also have the soldiers of the keep who will ask us to procure materials for them, repair weapons and armor and cook food for the whole troop. After all, ours also depends on their survival.


Siege Survival: Gloria Victis has a very similar setting to that of This War of Mine, although it shares almost nothing from a graphic point of view. The isometric view in fact has nothing to do with that of the famous title of 11 bit studios but everything else yes, starting from the very dark and depressing atmosphere. The beauty of Siege Survival: Gloria Victis is that you will be able to empathize with these characters who have lost everything: property, family and homes. This is a sobering game. 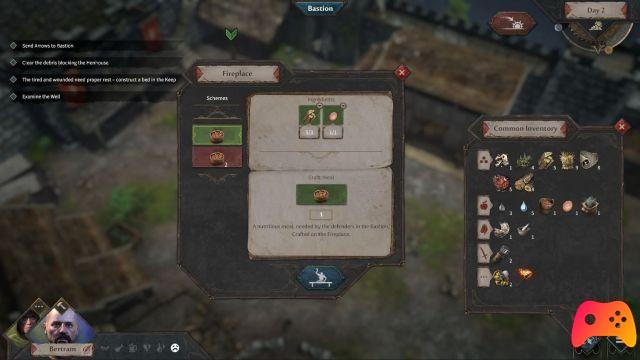 Beyond the atmosphere, however, the technical functioning of everything that the game offers must be evaluated. The survivors will have to build a whole rudimentary weaponry to make them survive. Therefore, not only wood cutting benches or cooking pots will be of vital importance, but also their location. Yes, because our dear Viking-like friends will occasionally (casually) shoot us fiery arrows and bullets from trebuchets. In this sense, therefore, also the positioning of our equipment will play a fundamental role since it will be positioned as much as possible protected from enemy shots.

Game time is divided into cycles of days and nights. With the favor of the dark, in fact, we can send one of our people to explore the city below battered by looting and enemy destruction. This will be an essential step to allow everyone to survive and, who knows, allow the soldiers of the keep to win the final battle. There will be several useful materials to be found but we will also have to deal with enemy patrols and the fact that we have very limited inventory space. Finding precious stones, for example, will seem like a lot of luck but… what exactly would you do with a pair of diamond earrings in the middle of a siege? Better take that clump of hemp and collect that jug of clean water!

This main component a little out of place with the nice atmosphere put on and represents the real limit of Siege Survival: Gloria Victis. We will find ourselves in such a loop that we will soon get bored and above all we will feel an anxiety growing that often is not the feeling we would like to feel while playing a video game.

The crafting system, we mentioned it, it is very deep but the day / night cycles quickly become annoying because it will happen too often that we do not have material time to build what we need during the day because our dear survivors will be tired (and will therefore have to sleep) or sick. This will happen while the troops of the keep will also ask us for supplies for their survival.

Siege Survival: Gloria Victis is a product with very high replayability but with a bit too repetitive mechanics, with a respectable atmosphere and a technical realization with very few flaws. At this point all that remains is to see what else the developers will implement. Postponed to September then, but with praise!

► Siege Survival: Gloria Victis is an RPG-Strategy game developed by Black Eye Games Fish Tank Studio and published by Ravenscourt for PC, the video game will be released on 30/06/2021 (in 12 days)