On the stage of E3 Babylon's Fall, a very interesting creature from Platinum Games, has returned to show itself. However, things did not go as planned.

E3 2021 will always be remembered as one of the most particular, in several respects. The Los Angeles fair, still heavily limited by the Covid-19 emergency, has been able to give fans various ideas of videogame joy, although the classic "super bomb" typical of such an event, awaited by fans as a sort of messiah.

Of course, let's be clear, the evolution (or involution) of recent years has somehow made E3 "less E3", so to speak, than it was until a few years ago, but we cannot deny that we felt the absence of something truly sensational on the horizon (excluding Elden Ring, of course).

If there is something that has remained unchanged from E3, however, it is certainly the factor linked to curiosity and interpretation, which has always in some way been the fulcrum of the videogame sector. The titles shown, although devoid of that undisputed sample, were still able to leave important food for thought and heavy questions, although not necessarily in a positive way.

Among these, to snatch a little coveted primacy, it certainly appears Babylon's Fall, promising and spectacular title by PlatinumGames which, precisely in line with the difficult period of the company, is undergoing a decidedly troubled and turbulent development and communication path. After the short trailer shown at E3 2019, which had generated great hype among fans, especially those fond of the work of the software house in question, the title has almost totally lost track, until a few days ago.

During the Square Enix conference, in fact, Babylon's Fall returned to show itself to the general public, giving the fans, however, something unexpected and above all revealing a product that seems to differ too much from the starting point.

You either climb or die

For the uninitiated, Babylon's Fall has its roots in a narrative intertwining that varies through numerous thematic dictates, repeatedly breaking the boundaries between them. The work of PlatinumGames, in line with the other works of the software house, seems eager to stage the eternal dualism of the subtle border between human and divine, packaging an interesting and narratively intriguing product on paper.

Le Sentinelle, as our alter-egos should be called, they are imprisoned in a dangerous place of merciless beauty that seamlessly puts both their body and mind to the test. The place in question is clearly there Babel tower, a symbol of hope but at the same time of perdition and failure, which here reveals itself as a sort of gigantic prison from which it is impossible (or almost) to escape. It is under this aspect that the narrative plot (but also the playful one, in some way) of the production of Babylon's Fall turns. 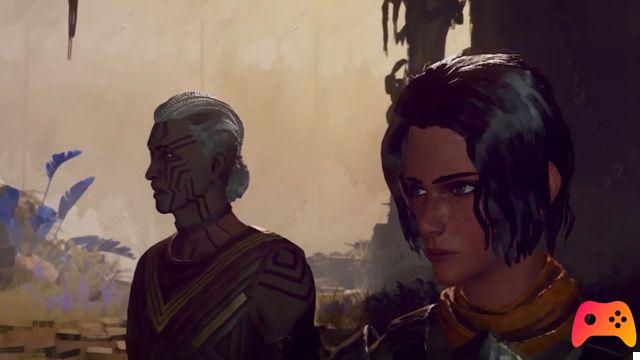 The Sentinels are offered a way to leave captivity, that is to fight again and again, refining their techniques and expanding their skill set until they reach a level of strength that can defeat all the threats of the various floors of the Tower. To get out of the infinite loop into which they have been catapulted, in short, the Sentinels seem to have only one choice: to fight, and consequently to attempt the climb, or to let themselves go, thus falling into a total and inexorable void.

It goes without saying, and it couldn't be otherwise considering the nature of the publisher, that the main focus of the production revolves around the gameplay and, above all, the combat system. And it is here, paradoxically, that the main doubts. Contrary to what we saw in the 2019 trailer, in fact, Babylon's Fall seems to have completely lost that spectacular and technical vein, at the same time a bit the trademark of PlatinumGames' work. But let's take a small step back. 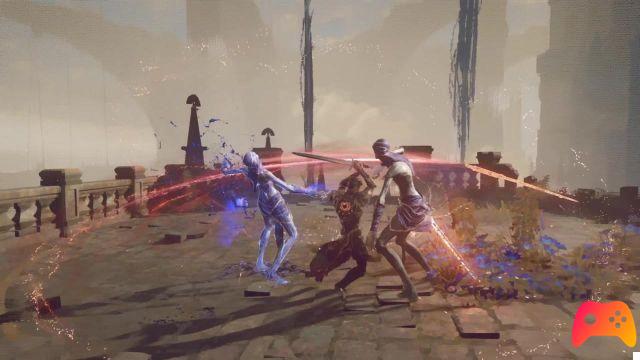 During the first presentation, in fact, the game was rightly "presented" as a pure action able to replicate, thanks also to the decidedly interesting setting, the deeds of his older and more fortunate brothers. Unfortunately, however, this does not seem to be the case. The return of the game on the stage of E3 2021, after two years of total silence (or almost), revealed a very different reality. The most important surprise concerns precisely the playful infrastructure of the game, destined to bring down more than one conviction even those of the most avid fans of Platinum's work.

Were you expecting super cool action? Wrong: the title will be heavily based on action mechanics, but it will also be basted as a live service, that is, as a title whose contents will be made available in small doses. And not only: Babylon's Fall, by the very voice of its creators, will be a title designed to be enjoyed mainly with a team of four players, with all that this entails mainly on a playful level. 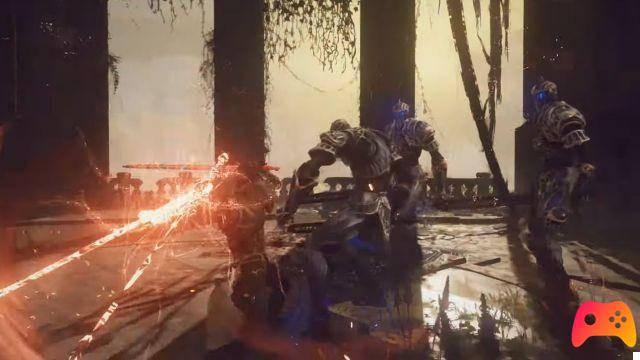 This, in layman's terms, what does it mean? It means exactly what it looks like when analyzing the new trailer, which is a sharp drop in the pace of the game and the consequent downsizing of what is no longer so spectacular and frenetic gameplay. Of course, the issue linked to cooperative multiplayer is not exactly a one hundred percent surprise, since the signs seemed to already exist before, but we could not imagine that to "pay" the consequences of this choice would have been precisely the cornerstone. of the project, i.e. the gameplay itself.

Having to adapt to the "laws" of a play structure designed to accommodate more players in the same session, the first aspect to undergo a strong downsizing, as we said a little earlier, is the pace of the game. That spectacular and adrenaline-filled playful system seems to have been replaced by a slower and more reflective style in which, in fact, the need for to give space to everyone and to guarantee stability and above all clarity once they are in battle. 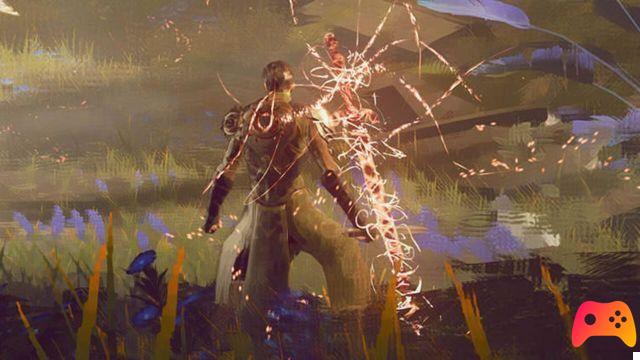 This, of course, although understandable, we cannot deny that it gave us bad feelings. From such a title we expect very different characteristics, which were somewhat the same as in the very first hour and which instead have given way to a revolution that is probably necessary but which will certainly turn up their noses for the vast majority of the public.

Lights and shadows of a potentially excessive restyling

Let's be clear, we are not saying that we are dealing with a bad video game. Babylon's Fall maintains the good premises regarding aspects such as management and the variety of classes, in which the variant of unique skills stands out in particular, combined with a progression system to be discovered and a loot system strongly linked to the actions of the players, certainly give the necessary push to keep the title still in the list of potential surprises, albeit with some obvious reserve more than before.

The nature of game as service could then help this formula, which could and should enrich itself over time. Babylon's Fall could take advantage of its new look a lot, expanding over time with new content, new loot and new playful possibilities over the months, thus taking advantage of what, on balance, seems to be a risky choice. 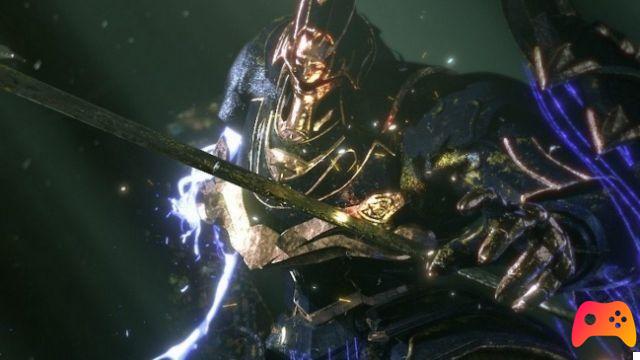 The news related to the title does not end with the gameplay and its videogame nature. PlatinumGames seems to have also put a hand on audiovisual and technical sector of the work, which proved to be decidedly more subdued than what was seen in the E3 2019 trailer and above all less inspired by an artistic point of view. To make us understand, that unique spark typical of the software house's products seems to be missing, although some inspired and potentially interesting solutions would seem to have remained unchanged.

Clearly, however, in order to be more unbalanced in this sense we should at least wait for the closed beta, which should arrive over the next few days and which will represent a very important test bed for the new creature of one of the most talented but also more development teams. in trouble of recent times. 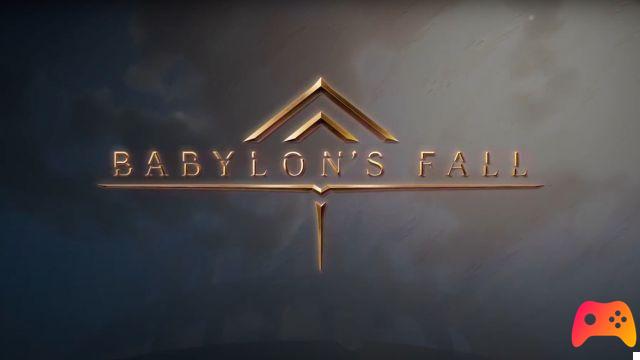 This sort of Babylon's Fall 2.0 convinced us much less than its previous "version". The slower gameplay and the vertical collapse of the spectacular factor are two elements that can greatly affect the success of a product that is the result of a troubled development and which, in recent years, has undergone more than one revolution. The hope of the players is that the new game-as-service nature can expand and improve the game structure of the title gradually, thus giving greater sense also to the cooperative RPG imprint that seems to be the new target for the PlatinumGames creature.

► Babylon's Fall is an Adventure-type game developed by PlatinumGames and published by Square Enix for PC, PlayStation 4, PlayStation 5 and Xbox Series X, Expected to be released in 2021

Do you want to be an expert and know all the tricks, guides and secrets for your video games? Epictrick.com is a group of video game enthusiasts that want to share the best tricks, secrets, guides and tips. We offer the best content to be a source of useful information, so here you can find guides, tricks, secrets and tips so you can enjoy your games to the fullest. Are you ready to get all the achievements of that game that you resist so much? Enter and enjoy your favorite video game to the fullest!
Watch Dogs Legion: Bloodline - Review ❯