London was the stage of the vicissitudes of Watch Dogs Legion which has been able to maintain a decent content activity after its launch and which has allowed us to return from time to time to discover new facets of the London activists who are part of the DedSec.

This time, however, we return to London with a very specific purpose. Aiden Pierce is back for a chapter of his own called "Bloodline", let's find out more about the return of the Fox in this review.

Watch Dogs Legion has received praise from the community but also some criticism on its characteristic element, that is, the ability to control any NPC present in the game map. In fact, if on the one hand this allowed a great variety of gameplay and fun in trying to build your own dream team, on the other, it certainly made those who were looking for a well-characterized protagonist turn up their noses and who could tow the whole narrative component. 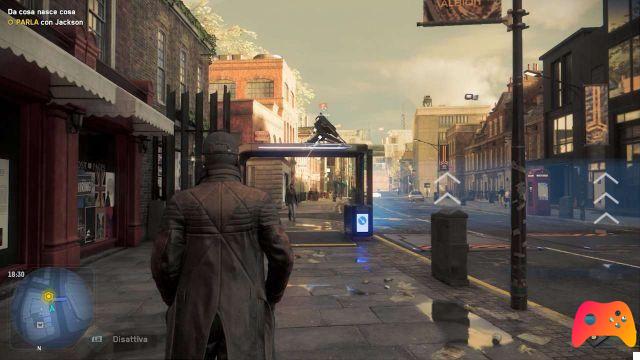 Bloodline is therefore an opportunity for all those who were looking for something more built, a story that sees Aiden Pierce (protagonist of Watch Dogs) arrive in London for a fixer contract and at the same time, try to reconnect with his nephew Jackson. Everything proceeds regularly until Aiden's path collides with that of Wrench (co-star of Watch Dogs 2), also in London for personal reasons, thus generating a limping relationship between the two that will develop during the expansion. .

What stands out most after finishing the main campaign of Watch Dogs Legion Bloodline (about 5 hours), is the realization that Ubisoft has inserted and fixed several elements of gameplay that could have been inserted in the main title and not in a simple expansion. First, unlike what you are used to on Watch Dogs Legion, in Bloodline you will not be able to customize your arsenal and acquire new gadgets by spending skill points, but you will still be able to learn new hacks and develop the supplied arsenal through the completion of secondary missions, sometimes quite demanding. 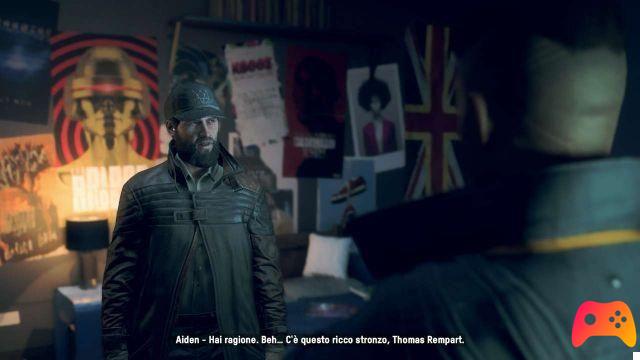 Secondly the use of the spider-bot has been weakened, this time it will be a hybrid that can both walk on the ground and fly, turning into a drone. Either way though the elimination cannot be carried out behind the enemy, removing a game mechanic that was too overused in the main title and that most of the time nullified the difficulty of the clashes.

In addition to this, during the reload phase a window will appear in which, if the button is pressed in this section, it will be possible to carry out increased damage for a limited period of time, a mechanic already seen in other titles, but it is a pity that in Bloodline the window to carry out this special refill is so wide that it is almost impossible to miss it. On the other hand, the new MK2 enemy robots are interesting, which thwart any attempt at a direct approach, forcing the player to play cunning trying to overload the android in order to expose its main core and eliminate it. 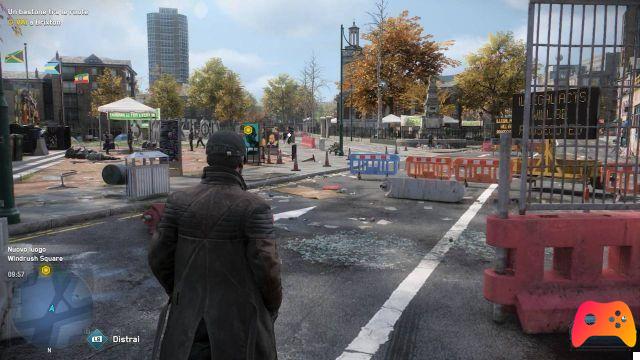 After this list of news, the entire adventure of Watch Dogs Legion Bloodline incorporates the same gameplay of the main title with the feeling, however, of a less interactive London. In fact, no minigames, no recruiting (given the single player nature of the DLC), no experience points to be found on the map and no rewards for exploring every corner of London. You will be called to go from point A to point B and nothing more except for the secondary missions which will be useful in order to improve your equipment and hacks. There is therefore the feeling of a project that introduces novelties without however supporting these additions by a renewal of the basic mechanics with the risk of appearing as a simple addition of missions to the list of those already available in the base title.

The introspective on Aiden Pierce and Wrench

The two most iconic characters in the series are put under a magnifying glass in this expansion, managing to create real character developments of these two former members of DedSec at different times. Aiden Pierce is now 55 years old, age is perceived and in the course of the adventure it will be well explained how much by now the Fox is increasingly reluctant to continue the path of the masked executioner. His relationship with Jackson is not the best, the events of the first chapter and of Aiden's past still have repercussions in the present and there will be a particular moment during the expansion in which, with a great quotation to PT by Hideo Kojima, he will be able to perceive Aiden's sense of guilt in having committed all those kills that result in a vortex of negativity that prevent the protagonist of the first chapter of finally bury coat and hat once and for all. 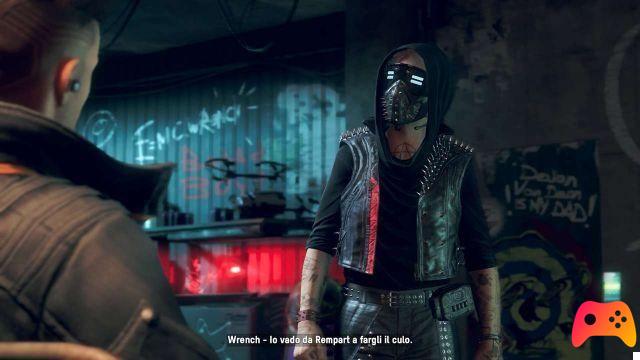 Wrench, on the other hand, remains the demented comic moment of the narrative, his crazy gadgets are well optimized for expansion, including smoke bombs and a custom hoist drone, the iconic character of Watch Dogs 2 undergoes a maturity towards the final stages of Watch Dogs Legion Bloodline and following all these maturations both of Aiden that of Wrench it is questionable whether this small crossover is nothing more than a great test to see the reaction of the players in front of a more structured narrative with more protagonists (remotely recalling what Rockstar Games did in Grand Theft Auto V).

It is not clear what Ubisoft's intentions have with the future of the Watch Dogs series, we know that a new narrative expansion will arrive soon, but linked to a very important brand for the transalpine company: Assassin's Creed. Perhaps, once we have the full picture of this peculiar narrative universe we will have all the tools to evaluate the importance of these small experiments in Watch Dogs Legion. 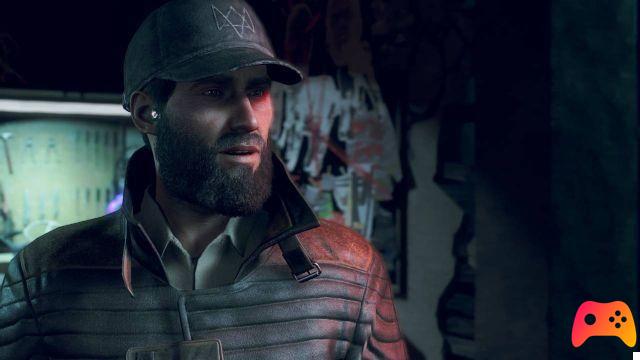 Watch Dogs Legion Bloodline is the quintessential DLC. It accomplishes its task by guaranteeing a fair number of hours of gameplay and delivering a pressing but not surprising narrative to the player that finally manages to describe the personal traits of Aiden Pierce and Wrench after the events of their respective appearance titles. Although some novelties in terms of game mechanics, the gameplay of Watch Dogs Legion Bloodline remains almost identical to what is proposed in the base adventure, which is not necessarily a bad thing, since, for all players of the series, you still have the opportunity to return in the shoes of the Fox and Wrench: a more than valid opportunity to return to London.

Do you want to be an expert and know all the tricks, guides and secrets for your video games? Epictrick.com is a group of video game enthusiasts that want to share the best tricks, secrets, guides and tips. We offer the best content to be a source of useful information, so here you can find guides, tricks, secrets and tips so you can enjoy your games to the fullest. Are you ready to get all the achievements of that game that you resist so much? Enter and enjoy your favorite video game to the fullest!
The Medium - Review (PS5) ❯