NEO The World Ends With You - Preview 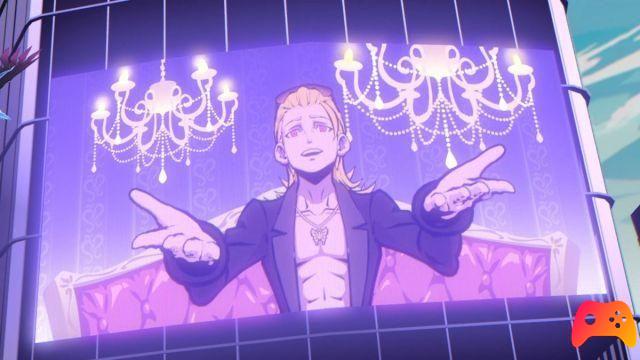 We are now one step away from the release of NEO The World Ends With You, following the acclaimed JRPG for Nintendo DS that Square Enix has been suggesting for 10 years!

There are titles that seem destined never to come out. Many of these belong to Square Enix ironically. For years, games like Kingdom Hearts 3, Final Fantasy Versus XIII (which later became XV) and Final Fantasy VII Remake have seemed illusory, like collective hallucinations destined to remain in development forever. One by one though, all of these projects have hit the shelves and now, 14 years later, NEO The World Ends With You is finally coming. With the publication of the official opening on Youtube we are now officially in the pre-launch period of this sequel to a classic JRPG for Nintendo DS that has been talked about (unofficially) since 2007.

So before we dive back into Square Enix's stylish Shibuya again, let's take a look at the game with these preview images and information sent to us by the Japanese publisher!

Starting from the trailer mentioned previously, we can immediately notice the various references to the first chapter, both at a stylistic level and at the level of narrative elements. In fact, you can see some designs taken directly from the original The World Ends With You, such as the red brooch or the doll of co-star Shiki Misaki. The biggest attraction, however, is Minamoto, one of the main villains of the first chapter who will instead occupy the role of co-star in NEO, joining the group "Wicked Twisters" formed by Rindo Nagi and Fret.


Musically NEO The World Ends With You seems to want to evolve the style that made its predecessor so successful in 2007, combining pop and rap songs with a more meta turnL. The music track of the trailer is magnificent and we can't wait to be able to enjoy the entire soundtrack, the strong point of this brand. 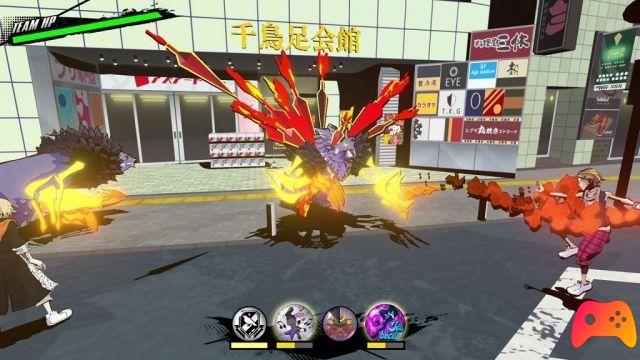 On a graphic level the game adopts a very anime style but abandons the 2D sprites in graffiti style to have completely 3D models, which however aesthetically recall the aesthetics for which The World Ends With You is recognized, giving NEO the look of a true sequel. We are quite torn on the approach taken to turn TWEWY into a fully 3D game, as the look the series had on both NDS and Switch has aged like fine wine.

However NEO seems to be built from the ground up to be playable with only one screen and the change of style from 2D to 3D seems part of the study that Square Enix has done to revamp the battle system. 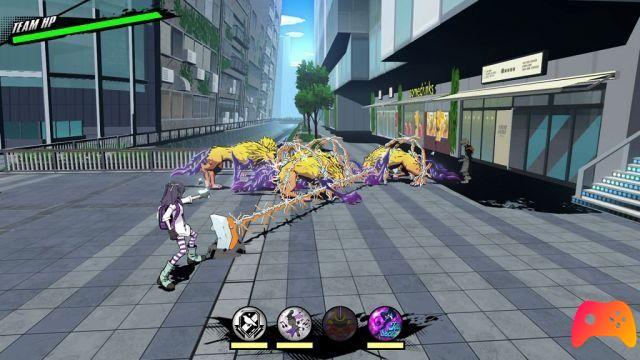 Of course, the unique skills that can be used through different pins remain and we are curious to see how these will behave in the new ambientis. The dialog boxes instead seem to remain identical to what was seen in the Remix version of TWEWY. In this case we are instead completely in agreement with Square Enix and we are happy they have kept this style, also adopted for the shops.

There will also be a mechanic called "Remind" through which it will be possible to make the Reaper remember information they have forgotten, helping Rindo and his companions in the adventure. The mechanics of "influence" of the various sectors of Shibuya are also back, although in this case it seems to take a turn more akin to a "gang war". 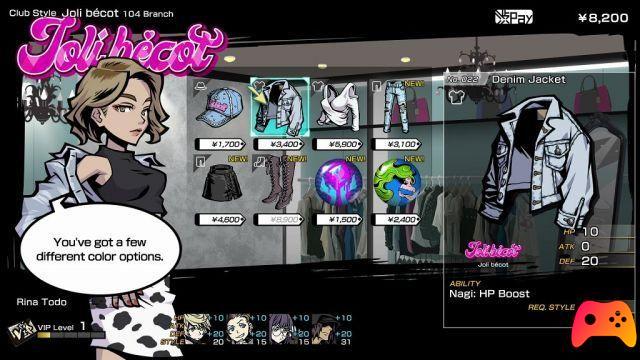 The game of demons this time in fact will have the structure of a war between the various teams that participate in it. Going from area to area there will be gods Special noises, of orange color, which will allow to conquer this area to their defeat. However, the challenge is not limited only to conquest. It will also be necessary to accumulate as many points as possible by defeating the normal Noises, so as to obtain better rewards thanks to the "Scramble Points". The chain battles, already present in the first chapter, come into play in this dynamic.


By attracting the ire of multiple Noises at the same time, you will be able to face multiple hordes of enemies within a single fight. This is obviously dangerous but it has a very attractive risk and reward mechanic, which must be taken into consideration in order to prevail in the “Turf Wars”. 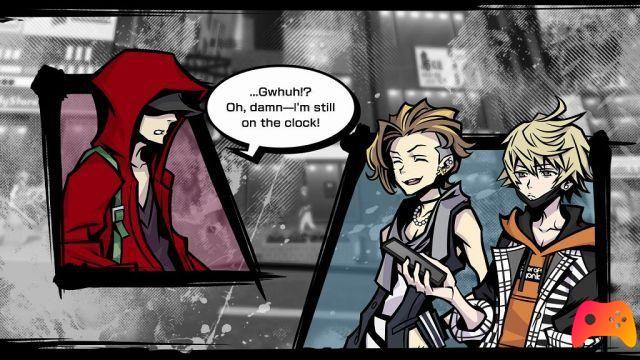 In addition to the team led by Rindo, the Wicked Twisters, there will be 4 other groups that will compete for control of Shibuya. The Ruinbringers, captained Susukichi and Tsugumi, the first a robust talker with an intimidating air who sees the world in black and white, the second a silent and reserved girl who carries the same doll used by Shiki in the first game. The Deep Rivers Society, commanded by Fuya, a cowardly player sucked into the game of demons while exploring the dungeons of Shibuya who, however, managed to survive the game of demons preferring escape to confrontation. The Variabeautis, commanded by Kanon, wise and kind girl who will explain the rules of the game to the protagonist. Finally the Purehearts, led by Motoi, a man with a magnetic charisma who has accumulated many followers.

Controllable characters will be able to improve their stats by buying new clothes, through the shops mentioned above. However NEO The World Ends With You also introduces restaurants, which will give the team stat bonuses by eating them. The map will consist of areas already visited in the first game with the addition of some NEO exclusives such as Takeshita Street and Shibuya Stream. 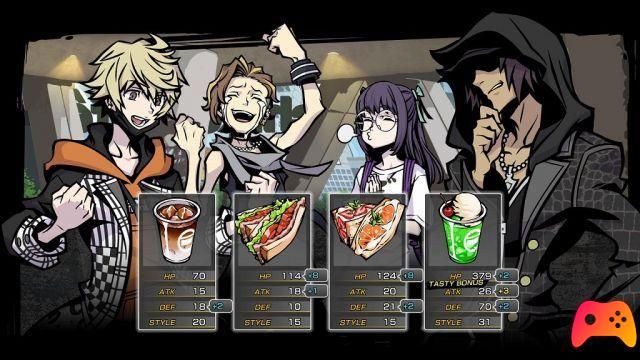 NEO The World Ends With You is now concrete and, thanks to the information shared by Square Enix, it seems to be a true evolution of the first chapter released fourteen years ago. Only a couple of months separate us from the new demon game, are you ready to join Rindo and the Wicked Twisters to conquer Shibuya?

Do you want to be an expert and know all the tricks, guides and secrets for your video games? Epictrick.com is a group of video game enthusiasts that want to share the best tricks, secrets, guides and tips. We offer the best content to be a source of useful information, so here you can find guides, tricks, secrets and tips so you can enjoy your games to the fullest. Are you ready to get all the achievements of that game that you resist so much? Enter and enjoy your favorite video game to the fullest!
NEO: The World Ends With You, release date ❯

Add a comment from NEO The World Ends With You - Preview