Baldo: The Guardian Owls since its announcement it has managed to capture the attention of the public and critics, a little for its style that recalls the great Nintendo masterpiece: The Legend Of Zelda, and a little for its colorful, delicate but at the same time graphic aspect mature, which are the unmistakable trait of the works of Studio Ghibli. The developer NAPS, inspired by the works of Eiji Aonuma and, in fact, by the artistic style of Studio Ghibli, has set to work to create a production with its own soul, with the task of surprising and conquering audiences and critics. Find out with us what we think of Baldo: The Guardian Owls, of which we have tried the version firsthand PlayStation 5.

the story begins when Baldo, our protagonist, learns of an ancient legend that tells of a sleeping creature without a heart who waits to rise again when a child with a pure heart comes into the world; the young Baldo then begins a journey in the lands of Rodia with the aim of preventing the sleeping creature from wreaking havoc. Along the adventure the player will come across a series of bizarre characters who will help Baldo in his mission; each character encountered in the vast game world is made with a unique style and, at times, it seemed to us to live in a real fairy tale. 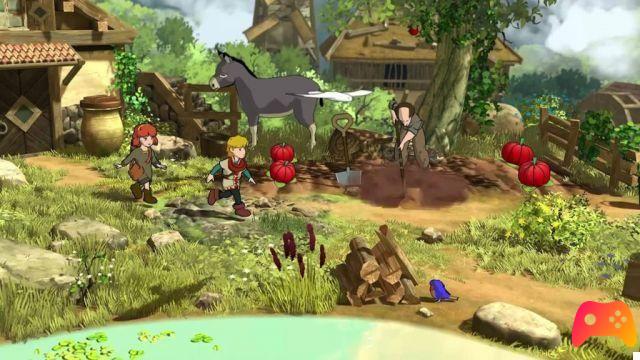 We come immediately to the sore point: after the amazement and joy of the first few minutes, we went on to experience a frustrating adventure beyond belief. Unfortunately, pad in hand, the game proved exaggeratedly crude. The combat system is extremely trivial and we have often even wondered why it is present. The fights are a total disaster, the roll that should guarantee a fraction of a second of invulnerability to Baldo is useless, as most of the enemy blows will be collected equally by the character; the shield is weak and often hits go through it (bug?); the enemies are able to attack with reactivity, stunning and leading to the premature death of Baldo, unfortunately not as fast in the actions in battle due to a disarming slowness of the input lag. 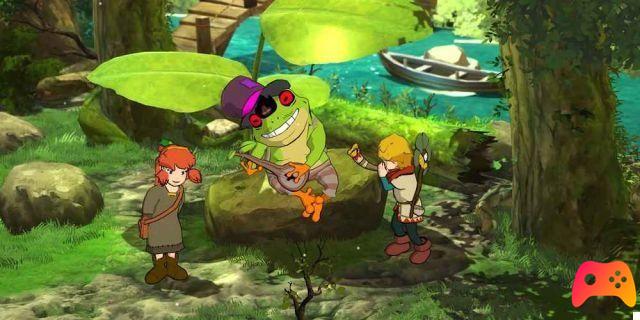 Started the game and catapulted into the first dungeon, you immediately feel the lack of an introduction that accompanies the player with a minimum of tutorials and indeed, due to the bad level design, we found ourselves spinning around in the hope of understanding how to find the exit. Some puzzles require a lot of backtracking to solve: often you will be required to take object X and bring it into room Y, hoping not to be hit by an enemy because at that point the object will mysteriously break and you will have to start over. We add that as the plot progresses the puzzles lack coherence and if the player tries to solve them following the canonical pattern that he thinks he has learned from the previous solution, inexplicably things do not work, slowing down too much the progress of the adventure and creating even more confusion. 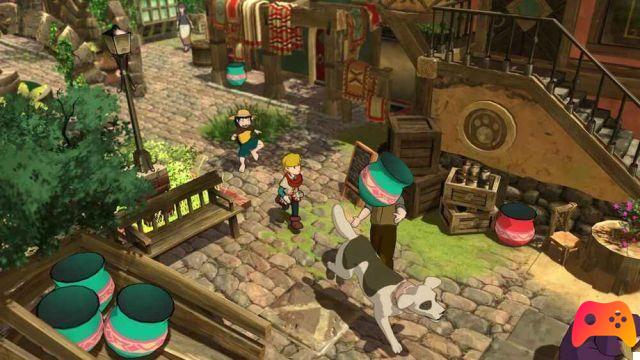 The mapping of the game controls is another intolerable defect in productions of this type. The attack is shared with the same button to push objects and to talk to the various NPCs: it is possible that the player, instead of hitting the enemy, finds himself pushing an object or talking to an NPC present in the immediate vicinity. In Baldo: The Guardian Owls confusion also reigns supreme in boss battles: often to eliminate them you just need to hit them, unfortunately some of them require to be eliminated in a certain way that of course is not explained either with a short tutorial or with an indicator on-screen visual that catches the player's attention.

To these macro defects, we add that during our sessions we have been studded with bugs of any nature: crashes and closure of the application on PlayStation 5; items useful for advancing that did not appear on respawn after the death of Baldo; key items that did not appear if broken; solved puzzles that did not advance in the adventure forcing us to reload the save; music that disappeared and reappeared after a certain amount of time; embarrassing input lag that has often and willingly led us to premature death; enemy hits that cross shields and sink despite rolling to avoid them.

The game plot, although intriguing in various respects, is not narrated in a homogeneous way: the various NPCs during the dialogues provide clues and notions which in turn must be interpreted by the player. Several seemingly simple missions, such as getting to a location or talking to a specific character, are not well explained and often lead the player to wander in hopes of finding the exact location. 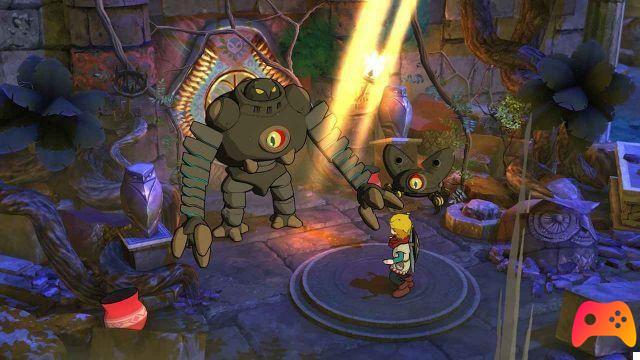 The most convincing aspect of Baldo: The Guardian Owls is the graphic style, although the production of the NAPS team is not exactly next gen. Thanks to the cartoonish and animated style, Baldo: The Guardian Owls is really pleasant to watch; unfortunately the isometric view, despite perfectly matching the graphic style of the title, is an obstacle to the player as it often deceives him and does not allow you to see the game world correctly. Another positive note is the soundtrack: if the sound effects are frustrating and repetitive in the long run, the soundtrack of the title is incredible and adds that touch of uniqueness to the game atmosphere. Each melody is suitable for the environment to which it is dedicated and manages to convey amazement for each discovered place.

Baldo: The Guardian Owls failed to repeat the success of The Legend of Zelda or even come close to the poetry of Studio Ghibli productions. The NAPS production is an RPG with action-adventure elements. An adventure full of confusing puzzles, with a flood of bugs and flaws that undermine the entire gameplay experience. The progress of the plot is confusing and the poorly calibrated controls make the experience frustrating and never fully enjoyable. The interactions with the various NPCs are often an end in themselves, soon erasing the initial amazement. A good sound sector and a captivating graphic style are not enough to save the production: Baldo: The Guardian Owls is a project born old, which perhaps would have worked two generations ago but, with today's standards, it is impossible to ask how it was possible to release it in this conditions!

add a comment of Baldo: The Guardian Owls - Review