Review for Dungeons & Dragons: Dark Alliance. Game for PC, PlayStation 4, Xbox One, PlayStation 5 and Xbox Series X, the video game was released on 22/06/2021

Dungeons & Dragons: Dark Alliance teleports the player to the lands of Icewind Dale, entering the narrative vein dedicated to the region of Faerûn, immediately after the first novel The Crystal Shard; after the terrible battle of Ten Towns, Drizzt Do'Urden along with fellow Bruenor (the dwarf), Wulfgar (the barbarian) and deadly Catti-brie (the archer) must recover the powerful artifact before it falls into the wrong hands. The magical artifact is able to call upon beasts of all lands such as dragons, trolls, cultists and the terrible goblins and the arduous task of putting an end to all this awaits Drizzt and his company.

Dungeons & Dragons: Dark Alliance compared to other titles in the genre does not make the narrative component its strong point, there are short video sequences, not even books scattered here and there in the dungeons where you can read the "historical" background but do not expect endless dialogues , because the heart of Dark Alliance is all about action.

Started the single player mode and selected one of the four characters made available later, you find yourself catapulted into the Tumolo - the game HUB - which allows the player to select the missions to be completed and where it is possible to enhance your character with skill points acquired during the adventure. The skill points function is very simple every level increase you can expand your character's arsenal of moves or unlock a new armor.

Given the "cooperative nature", the characters that can be selected are well balanced between them: the dark elf Drizzt Do'Urden is a fast and lethal character with double blades, the dwarf Bruenor is the "classic" tank capable of absorbing assaults thanks to his enormous resistance, the barbarian Wulfgar is skilled with melee attacks and designed for those who love to throw themselves into the heart of the action, finally the archer Catti-brie is useful for ranged attacks. 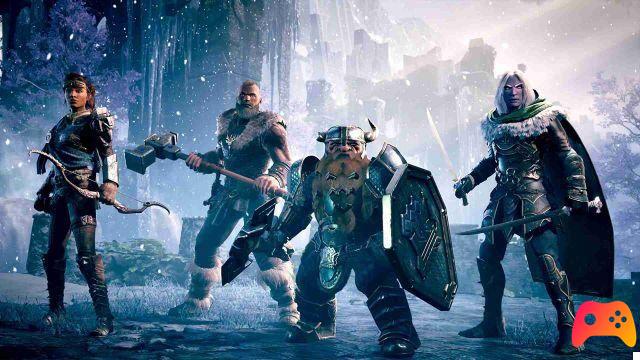 Pad in hand playing with Drizzt Do'Urden or with another character gives the player a feeling of variety, which makes the cooperative play sessions really interesting, what is surprising then is the vast arsenal of moves that makes the gameplay fresh and never too repetitive; each character has a quick attack and a heavy attack with two special abilities and an ultimate ability that is difficult to reload and use against some boss fights. 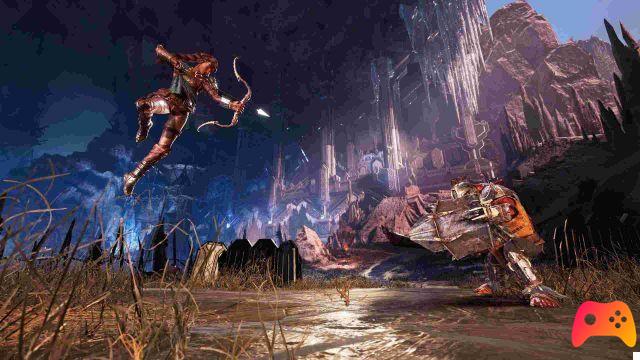 Dark Alliance does not deny its origins "Paper & Pen”And in the combat system there is no shortage of strategic elements. Heavy attacks consume stamina and the latter can be restored through the use of potions or parries performed with the right timing; there is also no shortage of curses and elemental effects: weapons can be infused with various effects that in turn create status penalties, there are also elements of the scenario that can create curses that in turn hinder the player by changing some game elements.

All these elements amalgamated with the action component of the title, make the gaming experience really interesting - on paper - unfortunately in practice we find ourselves catapulted into missions without thickness where the depth of the combat system does not come to the surface. Most of the clashes are chaotic, you find yourself facing hordes of enemies that attack from every point, generating chaotic situations that can be solved with a simple button mashing. 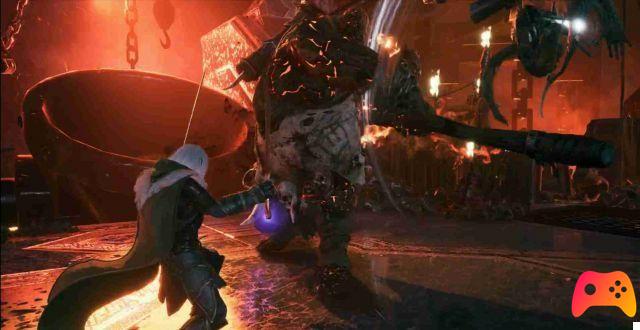 Among the various problems there is a lack of reactivity and precision of the commands, several times in the heart of the action they were not very reactive; problematic was also the camera, too close to the action and a sometimes dancing “lock” system. Among the unsuccessful aspects of the production there is a bad management of the difficulty and a very deficient AI that brings to the screen sometimes comic and embarrassing scenes, you find yourself with hosts of enemies that assault head down ready to be mowed down to immobile enemies. who stare into space without attacking. 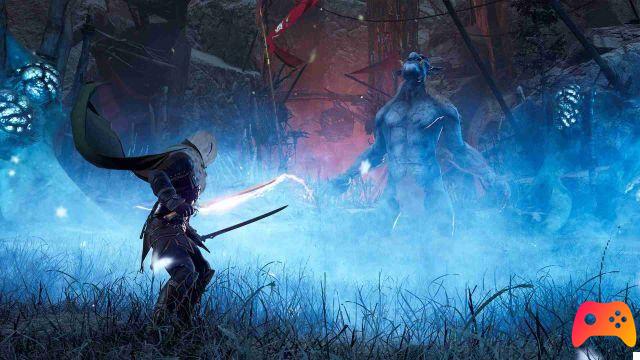 Let's start by saying that Dark Alliance in multiplayer entertains, entertains and lets itself be played, unfortunately, however, the team was unable to balance the gaming experience in the best possible way. The bad management of the difficulty encountered in the single player unfortunately in the cooperative mode is even more badly balanced, if at low levels we find ourselves mowing hordes of enemies and sad farming with the same loot, increasing the difficulty we find ourselves with enemies from the life points huge, where players take minutes to knock out a troll and where a simple swipe by a goblin is enough to knock out the team, making the game experience really frustrating at times.

The game scenarios are not many and they are not even labyrinthine to explore, but their realization is truly masterful; each scenario presents puzzles, cliffs from which to stay away and aesthetically they are really well done, giving the player moments of real amazement. At the same time their scarce "number" shows in a short time a scarce variety and a too marked background repetitiveness. Treading the same dungeons to increase the character's stats, especially if you play solo, boredom is around the corner and poor difficulty management does not encourage the player to increase the difficulty rate. 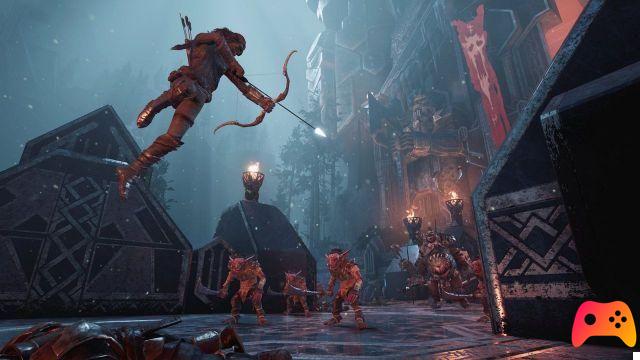 Technically the title suffers from cross-gen development. If the realization of the scenarios is truly masterful, the same thing cannot be said of the movements of the characters, heroes and enemies in fact appear woody in the movements. The sound sampling is more than good, there are not many tracks but those present in fantasy mold are truly exceptional without forgetting the effects of the duergar drums, the horns that show how Dark Alliance knows how to mix sounds and involve the player. To remedy an underlying repetitiveness that will be difficult for players to deal with, Tuque Games has already shown plans to support Dungeons & Dragons: Dark Alliance.

Over the course of the summer and fall, the first two free content is coming, consisting of new levels and a new degree of challenge. Then by 2021 the third paid DLC "Echoes of War" is coming, introducing new levels, new enemies and a "Wizard". Our test took place on PlayStation 5 and Tuque Games' production defended itself very well; for those interested Dark Alliance is available free of charge to all subscribers to the service Xbox Game Pass. 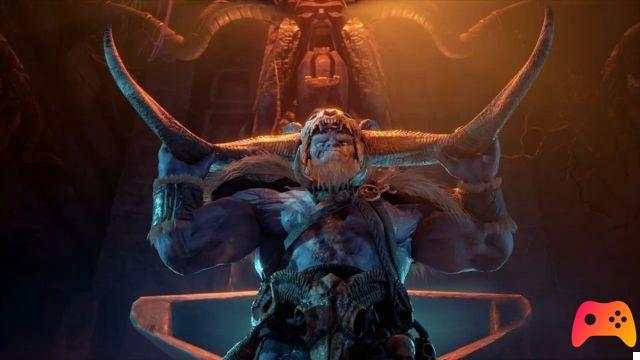 Dungeons & Dragons: Dark Alliance immerses the player in an action adventure with hordes of enemies to be eliminated in single player and multiplayer. Between ups and downs the production of Tuque Games is promoted with a narrow sufficiency, if on the one hand we were struck by the excellent ideas developed by the team, on the other we were perplexed by the numerous defects found. Between AI problems, poor difficulty management, excessive grinding and farming, our single player journey suffered from a lot of repetition. A title suitable for lovers of the genre and those who are looking for a cooperative experience.

► Dungeons & Dragons: Dark Alliance is an RPG-type game developed by Tuque Games and published by Wizards of the Coast for PC, PlayStation 4, Xbox One, PlayStation 5 and Xbox Series X, the video game was released on 22/06/2021

Do you want to be an expert and know all the tricks, guides and secrets for your video games? Epictrick.com is a group of video game enthusiasts that want to share the best tricks, secrets, guides and tips. We offer the best content to be a source of useful information, so here you can find guides, tricks, secrets and tips so you can enjoy your games to the fullest. Are you ready to get all the achievements of that game that you resist so much? Enter and enjoy your favorite video game to the fullest!
Encased - Review ❯