Review for Death's Door. Game for PC, Xbox One and Xbox Series X, The release is scheduled: TBA 2020

It is inevitable. Death, as well as the human need to exorcise it through infinite artistic representations. It is difficult not to think, for example, of the cyclical nature of Dark Souls' death, which stages emblems and personifications of the human condition, such as the raven. An elusive animal with a shiny black coat that for this reason is well suited to channel some specific values. A mysterious bird that has inspired now Death’s Door, last effort of Acid Nerve. The Manchester duo had already made headlines about six years ago, when they debuted in the industry with titan souls. There was always talk of death, yet that of their exclusive PC - the version we tested via Steam - and Xbox console has a completely different flavor. It was at the event organized by Devolver Digital for E3 2021 that the English studio captured the public by showing an important change in its growth path, through a game ready to bewitch and kidnap anyone who lets themselves be enchanted by the little crow's gaze. 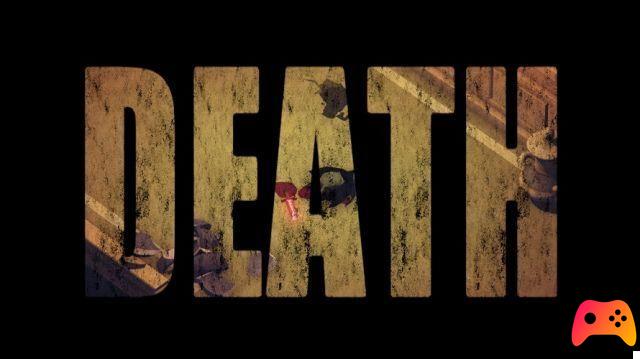 The door of Death

Last bus stop. Not even the time to go down that disappears on the horizon. The days always start in the same way, with the usual homeless bird on the bench, the phone box half broken and hard work but someone has to do it. The nameless young crow was in fact hired to track down, pick up and drag the souls of the deceased into the afterlife. Seemingly adventurous, the job actually turns into a tedious routine. At the Hall of Doors everything is literally gray, and nothing seems to be able to break the daily routine. Yes, the nameless protagonist has received a prestigious assignment, to recover an important spirit for which they will pay a nice extra but it always remains the same old story, perhaps. 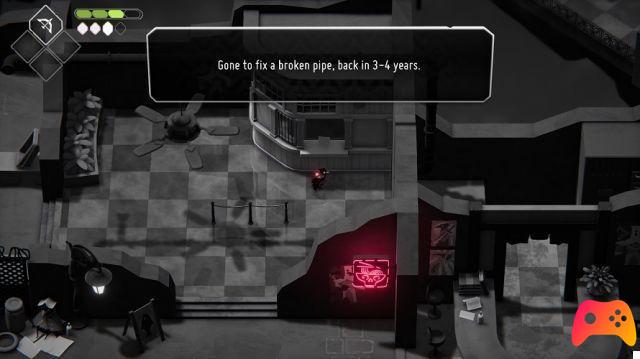 The central room of the workplace looks like the lobby of an early 900s hotel made in the USA, with wide staircases and decorations close to the Art Deco of the Roaring 20s. Instead of suitcases, there are drawers, chests of drawers and shelves dripping with various paperwork. The dead are always many, so there is a need for a group of crows to redeem the documents relating to them, on special desks equipped with typewriters, while those at an early age are sent to do the dirty work. To this end, they pass through one of the many doors scattered around the atrium. Beyond one of these was the important task entrusted to us and everything seemed to go smoothly. However, on the verge of grabbing the Giant Soul, we were hit from behind and robbed of it.

Having found the thief, the plot opens onto a more tantalizing and open scenario, relating to the recovery of the souls of three personalities who tried to cheat. It will be a journey of about 10 hours that will put our beak in front of weird characters, singular situations and battles to the last feather. Death's Door bureaucratizes death and imbues it with an ironic, shrewd yet intelligent, capable of wisely manipulating various themes. We have already interpreted similar reapers in the masterpiece Grim Fandango or seen a hierarchy of the Underworld in Hades but Acid Nerve has been able to grasp a nuance of its own, still hinging on the playful component. 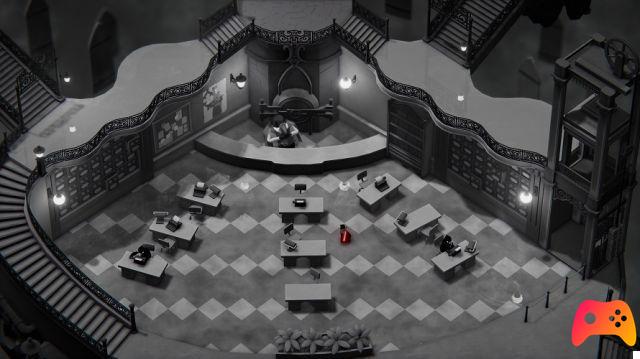 The ways of the crow are (almost) endless

As mentioned at the beginning, Death's Door represents a vigorous change in the career of the English team. From a title inspired by Shadow of the Colossus, they have focused on an action with an isometric view with some points in common with The Legend Of Zelda. Compared to the third person, this point of view offers a broader overview of the areas that can be explored and the authors have been able to exploit it through room games studied together with architectures on several floors made up of elevators, stairs and intersections without ever becoming distracting. In short, crossing the doors leads from time to time into unique biomes, each dedicated to a specific deceiver of death. The absence of a map on the screen could destabilize the player intent on discovering every hidden ravine, yet we are convinced that it is a precise design choice consistent with the entire production. 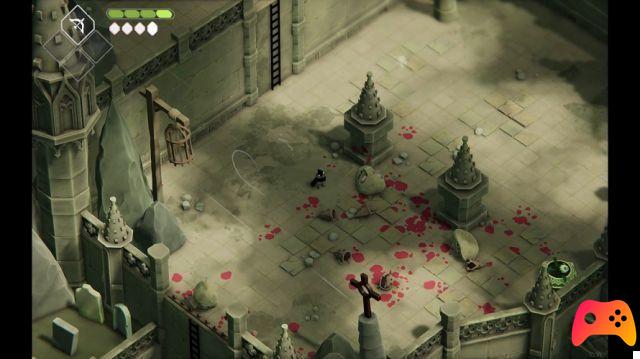 The playful mechanics are reduced to the bone, yet the idea of ​​an alleged poverty of the general system is almost completely defused by the dynamics that are created. The young raven has a basic attack and one loaded with a sword - or other white weapons to find - as well as a special attack given by magic or, initially, by a bow and arrow. The progression of the character does not proceed by increasing levels, but by obtaining souls from fallen enemies, a precious coin to spend to increase attack, dexterity, speed and magic.

The fights thus become a dance of blows and rolls - with a minimum cooldown - to be carefully calculated, since the life points are just four and attempting the way of button mashing will result in a one-way ticket for Game Over. The fallen reapers will stand up at the starting doors, without losing the souls previously obtained unlike the FromSoftware works. It is to the latter that we could trace the inspiration of interconnected levels, where precious shortcuts swarm. From time to time, Death's Door also presents semi-hidden corners, small bonuses or secondary areas that can only be reached using the wits and resources at your disposal. All in a completely autonomous way, without any input from the game. 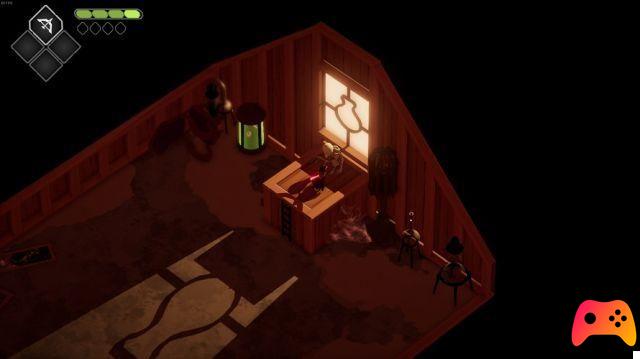 At first, it almost felt like you could touch those little ravens and the buildings that make up the world of Death's Door. Emphasized by the isometric view, the paths are similar to dioramas in continuous movement. Both the environments and the characters show off a commendable artisan detail for an independent product; suffice it to mention the splashes of blood left by the enemies, or a superfine use of lights. It can be imagined as a Pixar production, in the sense of a fable-like version of everyday human situations. To accompany this concentrate of style, a very pleasant sound design and a soundtrack that is now delicate, now powerful and ferocious during the most excited moments.

A few, simple ingredients are needed at Death's Door to compose a recipe full of style, fun to play. While narration and artistic flair come together in an original mixture to give life to an interactive diorama, the playful component represents the pivot of the production. Despite its reduced mechanics that risk giving a repetitive aftertaste, the combat system as well as the exploratory phases are built to encourage the player to experiment and take risks. So don't be frightened by the absence of a map, the little crow will always find its way back to the Gate of Death.

► Death's Door is an RPG-Adventure game developed by Acid Nerve and published by Devolver Digital for PC, Xbox One and Xbox Series X, The release is scheduled: TBA 2020