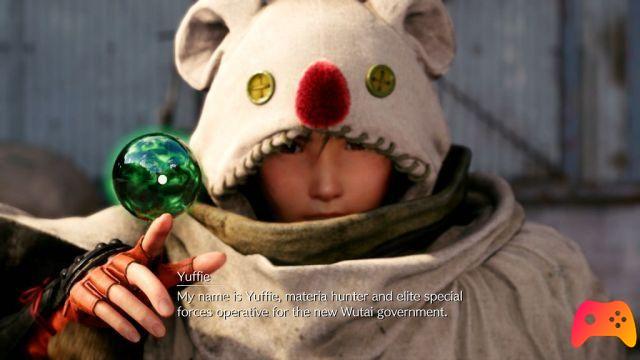 Despite the inability to hold hands-on events due to the obvious health emergency, Square Enix allowed us to take an early look at Final Fantasy VII Integrade. More specifically, we were able to see over 15 minutes of gameplay set in the initial section of the new chapter, with Yuffie as the protagonist. We were then able to learn more about his fighting style, his dynamics with Sonon, the Fort Condor minigame and the presence of new characters. In this preview, which represents the last anticipated look at Final Fantasy VII Remake Intergrade before launch, we'll talk about all of that and our first impressions.

Yuffie's story in Final Fantasu VII Remake Intergrade starts from a rather interesting and cleverly hinted context even during Cloud's campaign. As we have learned, the cell of Avalanche commanded by Barrett consists of a separatist group with much more violent ways than its headquarters. Through Yuffie we will get to know the Avalanche HQ, thus having a further and interesting insight into the more moderate sections of the group. The mission of the young ninja will be completely unrelated to that of Cloud and company, but taking place thanks to the chaos created by their deeds; specifically from the explosion of reactor 5. Yuffie's goal will be steal an experimental material created by Shinra.


During our preview we were able to see gameplay segments ranging from the beginning of chapter 1 of the DLC to the first bossfight, the Gigantipede. The combat system is what genuinely impressed us the most. Although even the basic version of Final Fantasy VII Remake has been praised for the excellent combat system, in Integrade we are witnessing an absolutely crazy evolution. Yuffie, due to her role as the only controllable character during the adventure, has mechanics that will potentially increase the players' chances in battle exponentially and we can't wait to try it firsthand.. 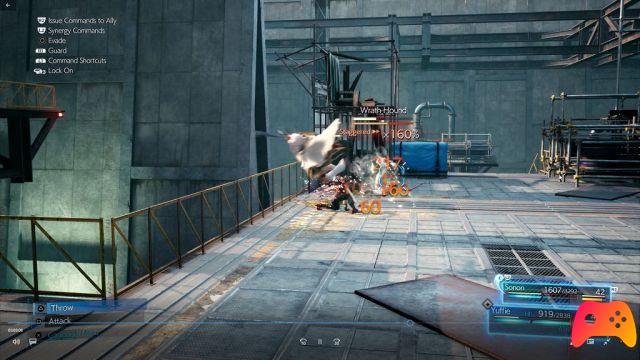 First of all, the ninja has two main "assets", with and without Shuriken: she can in fact fight at short range using her own weapon or at long range, throwing the star at enemies and continuing the fight through ninjutsu. These initially inflict non-elemental damage, but can then be infused with each element so that you can take advantage of the various weaknesses of the enemies. The shuriken will return to her after a certain period, but it can also be recovered earlier by pressing triangle (the same button with which you can throw it at enemies). A little thing that we appreciated in the girl's moveset is also how, by holding square, she can put distance between herself and the enemies when she uses her own weapon. 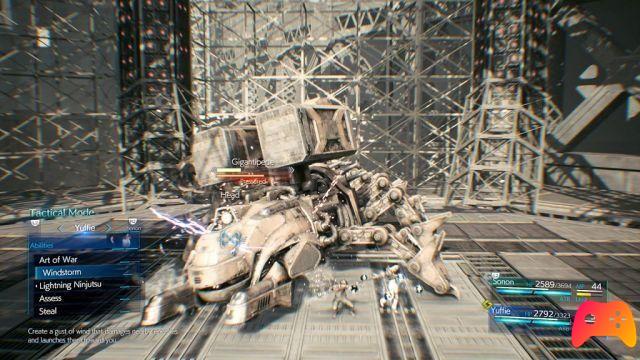 As mentioned it is a small thing, but it denotes Yuffie's versatility and creates very good synergy with her ability to throw.or. To all this we must then add the synergistic techniques with Sonon, the main supporting actor of the DLC. The new warrior of Wutai will not be directly controllable, as already happened with Red XIII. Unlike the latter, however, Sonon will be able to make a sensitive contribution to the fight thanks to the combined moves between him and Yuffie. This further expands the ninja's moveset and opens up new possibilities for the future of Final Fantasy VII Remake.

In order to use the synergistic techniques, however, both Yuffie and Sonon will need to have the ATB charged, this obviously puts a considerable weight on the warrior's AI.. One of the main flaws of the combat system of Final Fantasy VII Remake is precisely the fact that the companions not controlled directly by the player often close too much on the defensive, without loading the ATB, a feature that we hope to see improved in Intergrade. In the gameplay we observed Sonon performed just fine, however the real stress test will happen during the future review. It should also be emphasized that the new character, although not controllable, has his own “Dragon Dance” Limit Break. 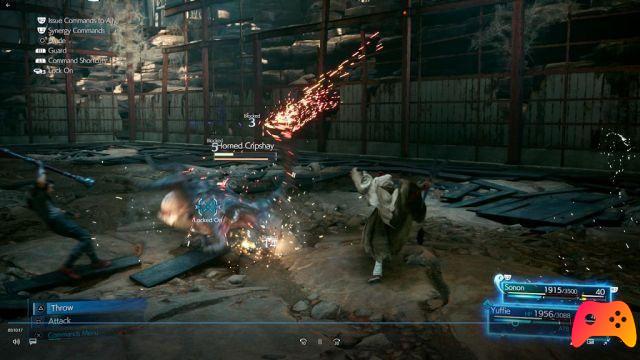 The last thing we saw, before spending a few words on Fort Condor, is the summoning of Ramuh. There isn't much to say about that, the summon is as spectacular as any of the others we've seen before and behaves the same way. It's just nice to see another old acquaintance make her debut in the remake. So let's talk about the last content of this preview: Fort Condor. Its presence within this DLC has strong implications for the future of Final Fantasy VII Remake, but we'll leave that discussion aside to focus on the minigame's Intergrade interaction.

On balance Fort Condor is a very basic strategy. With an ATB it will be possible to deploy different units and the goal is to destroy the enemy towers before the opponent destroys theirs.. The rework of this minigame looks, honestly, a lot of fun. We will have to see how much it can offer in terms of content, but if there are more levels of challenge we already see ourselves wasting hours playing it as if we were facing a cabaret minigame of a Yakuza. To play it you will first need to get to the Avalanche HQ we mentioned earlier and interact with one of the new characters: Polk. The other characters we could meeting in the headquarters are Billy Bob, Nayo and Zhijie. Outside of their introduction we know little about them: Zhijie is the contact between Wutai and Avalanche, Billy Bob one of the most experienced members, as well as a hard drinker, and Nayo is a young girl who keeps an eye on the movements of the cell. Barrett. 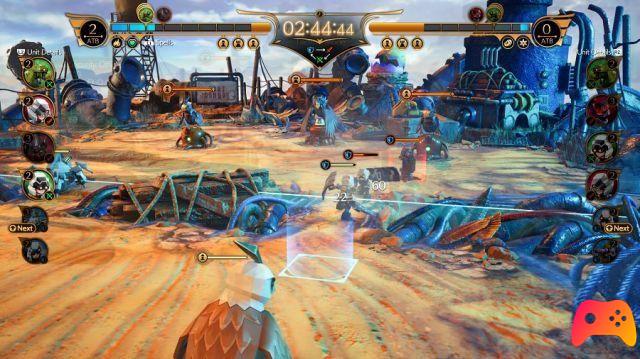 Final Fantasy VII Intergrade will be released in a few days and with this latest preview offered to us by Square Enix we have been able to renew the good expectations towards the product. The gameplay we saw was recorded in 4K but played in performance mode, so we have not yet ascertained the total graphics strength of Integrade, however many will play it in performance and in the preview the framerate has held up quite well with an exceptional aesthetic result. Yuffie's combat system is the most interesting element of the product and we can't wait to learn more about it! We just have to make an appointment for the future review when we find out what lies behind the mysterious experimental matter that Wutai is hunting!

Do you want to be an expert and know all the tricks, guides and secrets for your video games? Epictrick.com is a group of video game enthusiasts that want to share the best tricks, secrets, guides and tips. We offer the best content to be a source of useful information, so here you can find guides, tricks, secrets and tips so you can enjoy your games to the fullest. Are you ready to get all the achievements of that game that you resist so much? Enter and enjoy your favorite video game to the fullest!
Final Fantasy VII Remake Intergrade: the latest news announced ❯