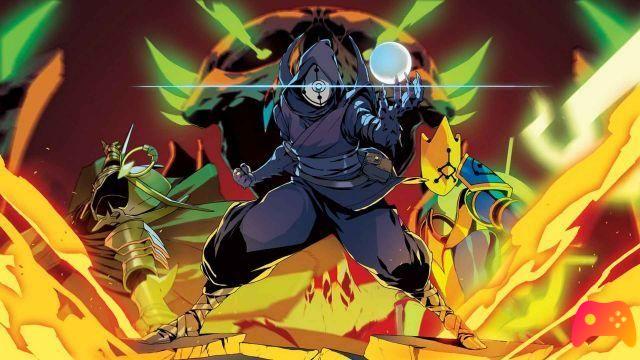 Review for Godstrike. Game for PC, Nintendo Switch and Steam, the video game was released on 15/04/2021

Godstrike is the new work of OverPowered Team released today for PC through the now evergreen platform Steam e Nintendo Switch. The title combines roguelite elements with a splash of RPG to a genre that continues to reap followers among shooter lovers: twin stick shooters. For the less accustomed to the end (if they still exist) let's talk about those shooters with isometric view whose characteristic is to have the right analogue linked to the movement and the left to the burst fire. But let's see specifically what this Godstrike offers. 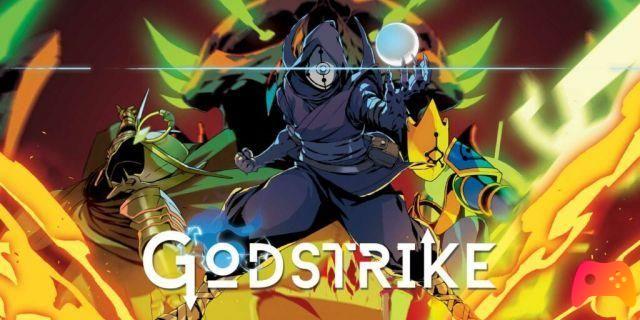 The divinity of an imaginary and colorful world divides his magic and the dominance that derives from it into clans who are offered masks as a simulacrum of extraordinary powers. Five of the seven masks are deceived and subjected to the evil will of a sixth who wants to gather all the divine gifts in order to dominate unchallenged. The seventh mask, considered missing, is found by chance of the protagonist who will then find herself fighting the forces of evil with the aim of restoring order.


Talaal - this is the name of our heroine - therefore finds herself embroiled in a war that seems impossible to win and, given the level of difficulty offered by the title, we really find ourselves believing that the company is out of our reach. But let's not speed up the times and let's analyze the gameplay itself. 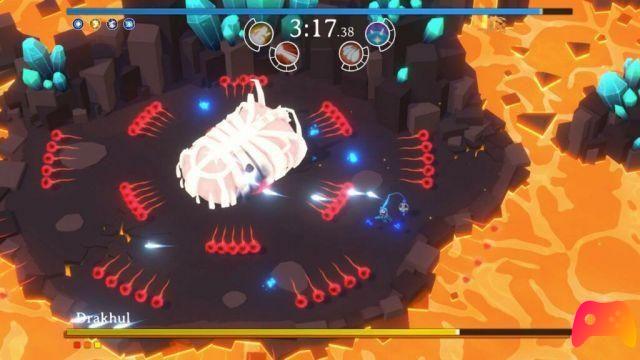 As already mentioned, the basic genre is the twin stick shooter and the action itself is frenetic and devoted to "shoot and dodge". Our heroine has active and passive skills but while the latter, obtainable through victories, can be equipped four at a time without affecting the character, the former have a cost.

Here lies the real novelty proposed by the development team on the genre: the cost of offensive attacking skills - which can also be accumulated with victories and can be equipped four at a time - is given by time. In fact, Talaal has about 4 minutes to defeat the boss on duty, but each active primary ability will decrease the time available. The more skills you equip, the less time you have available, but if you don't equip any of them you will hardly have the chance to get it right. 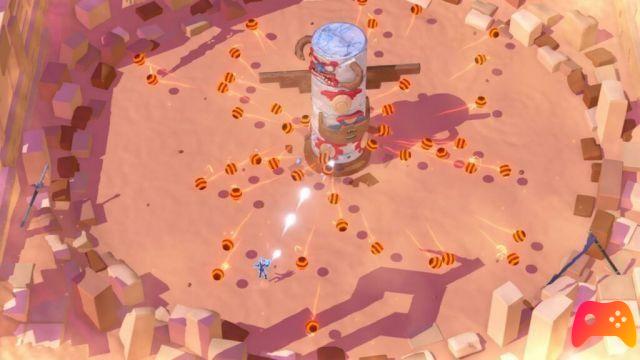 The level of difficulty calibrated upwards will make it imperative to choose between the over 40 primary and secondary skills based on your style of play if you want to succeed in the difficult - and sometimes frustrating - task of taking out the boss on duty. Fortunately, the skills are permanent and can, once conquered, be available in the hub before the start of each challenge.

Even so, however, the undertaking is really difficult and, contrary to what usually happens, this title gives the best on the big screen rather than on the reduced one of Nintendo Switch. Fast and millimeter movements are in fact penalized on the small screen even if, to tell the truth, given the speed of the game even on the TV it will be an undertaking that will keep you busy for several hours. The only help available will be the offer to simplify the fight that the system will offer after a series of demises. 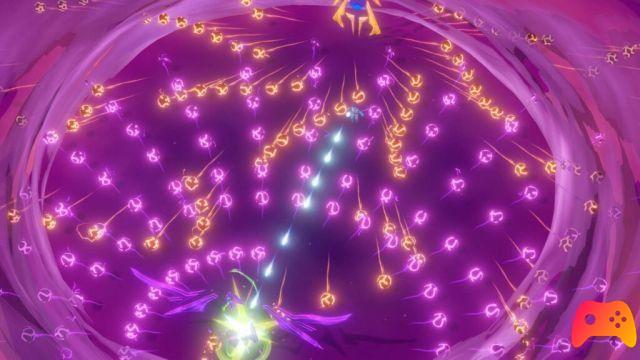 The game backdrops and enemy bosses are colorful and diverse, and attack patterns vary and are very demanding but the title, in itself very simple and fast, offers very little more. Longevity alone is in fact offered by the level of challenge and Godstrike is reduced to a title to be enjoyed for a simple destructive outburst. It would have been perfect as a hit and run for quick games, but the difficulty level also undermines this Godstrike feature that could have been a winner. 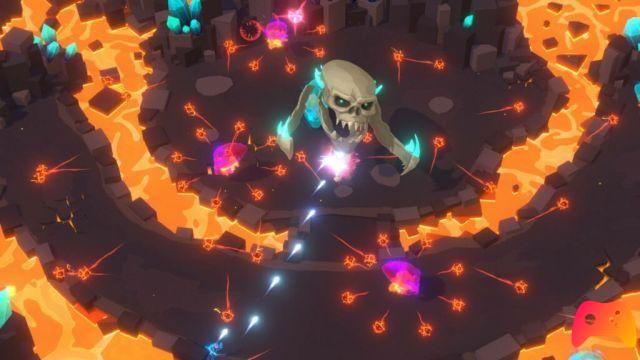 The soundtrack adapts to the context as well as the palette of colors used and however difficult the commands turn out to be precise and timely, loosening that feeling of frustration that permeates Godstrike as repeated several times. In general, however, we can say that unlocking new skills offers more human connotations to the challenge offered, but it will take perseverance and time to accumulate the necessary peculiarities.

Godstrike is a title that is only promoted for the basic idea and the fast-paced and compelling gameplay structure. Too bad for this high level of challenge that sometimes makes the experience offered frustrating; we advise you to use it on the big screen in order to better appreciate the contents of Godstrike.

► Godstrike is a Shooter-indie type game developed by OverPowered Team and published by Freedom Games for PC, Nintendo Switch and Steam, the video game was released on 15/04/2021

Do you want to be an expert and know all the tricks, guides and secrets for your video games? Epictrick.com is a group of video game enthusiasts that want to share the best tricks, secrets, guides and tips. We offer the best content to be a source of useful information, so here you can find guides, tricks, secrets and tips so you can enjoy your games to the fullest. Are you ready to get all the achievements of that game that you resist so much? Enter and enjoy your favorite video game to the fullest!
Google Assistant, the Guacamole function arrives ❯

Zone of The Enders: The Second Runner M∀RS - Review