How to install the MAC dock bar on Windows 10 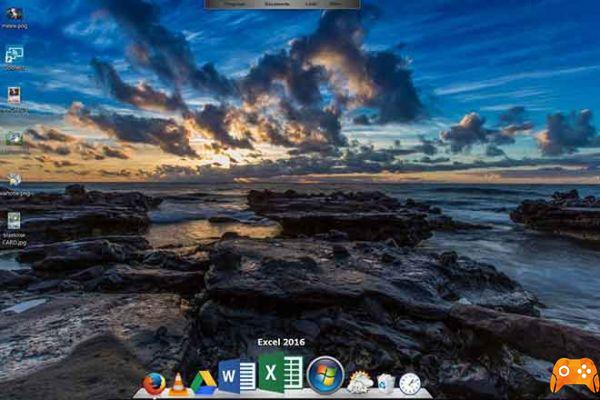 Did you know that it is possible to install the MAC dock bar on Windows 10? Do you enjoy the idea? Let's go on reading the tutorial. The two most popular operating systems in the world are Windows and MAC, some prefer to work on the Microsoft platform, while others are Apple fans. However, by combining the advantages of both it is possible to insert the MAC bar on Windows 10.


Fortunately, there are many in the Microsoft operating system customization options, user programs that allow you to change the overall appearance of the system. There are also other applications that make more subtle but significant changes.

How to install the MAC dock bar on Windows 10

One of the most interesting applications is the one that introduces the popular barra dock del MAC in Windows 10. This bar is very popular with MAC users, as it is very beautiful and intuitive and today we are going to show you the easiest way to have it on your Windows computer.

What is the MAC dock bar?

The style present in Apple products is widely recognized around the world, the brand not only sells products, but it also sells style. This can also be seen in its software, as is the case with the iOS or MAC operating systems.


Undoubtedly one of the most striking aesthetic points of the Apple operating system is the MAC dock bar. The bar is the equivalent of Windows startup in terms of popularity, which is why many want to integrate this fantastic tool into Windows 10.

This dynamic bar integrates shortcuts for folders, programs, Internet browser, trash can and can also be customized. Users switching from MAC to Windows often miss out on this unique system feature, but there are ways to integrate it in Windows.

It might seem impossible to install the MAC dock bar on Windows 10, that is, in another operating system, but the truth is that it is a fairly simple process. Follow the instructions below to enter this MAC tool in Windows.


A dynamic and customizable bar now in Windows 10

RocketDock is a bar you can customize to your liking, you can put it anywhere on the screen and configure the options that the application offers. You can customize this useful program however you like.

Put the bar in Spanish and configure the settings

Many users have complained that the program works in english, but you can change the language very easily. To do this, follow the steps below:


Did you see how easy it was to install the MAC dock bar on Windows 10? Do you want to read some other tutorials, then here we talk about how to download videos from social networks in a simple and fast way, while here we talk about the best application to read deleted messages on WhatsApp.

How to install Whatsapp on iPad ❯

APPLE will launch devices with ARM CPUs in 2021