Here is our review of the Trust Gaming GXT 258 Fyru, a microphone that will allow you to take the next step!

Today it is increasingly important to communicate, not only for gaming, but also for videoconferencing or for creating podcasts: for this Trust wanted to create a microphone that can live up to it, regardless of use. We are talking about the Trust Gaming GXT 258 Fyru, a clear design microphone - which in its white version is reminiscent of the PlayStation 5 - suitable for everything thanks to its USB connection.

One of the first details of the Trust Gaming GXT 258 Fyru that take by surprise is the weight, in fact due to the material that Trust wanted to use to make it, metal, it is very heavy and extremely solid. To hold on to the desk it rests on a tripod that you can adjust the height of thanks to a screw on the rear foot, so it is quite adaptable to various needs but the microphone it is not fixed on its station, so if sooner or later you decide to change tripod, you can do it. 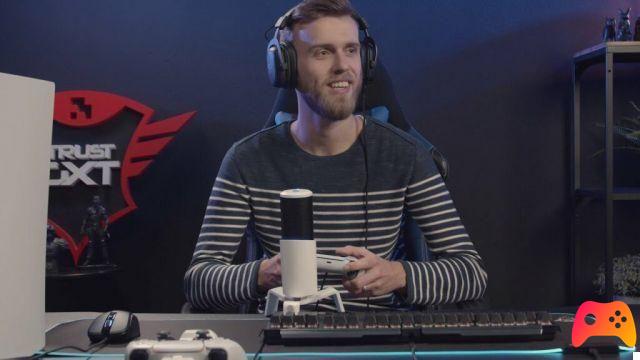 On the front of the Fyru you will find two knobs: the upper one will be used to adjust the gain and the second one the volume e you can connect your headphones to the microphone: you will find the appropriate connection under the volume knob and by doing so you can listen to your audio to adjust the gain e without having problems of latency. Also, if you want to turn off the microphone sound, just press the volume knob; you will understand that the latter is off or on thanks to the LEDs placed on the top of the Fyru. The LEDs therefore have a triple function:

Let's focus for a moment on these last two aspects. On the upper part of the microphone you will find a real button with the wording “Mode”: when pressed you can select how to use the microphone. turning on the led on the four cardinal axes to indicate from which direction the voices will take. For example, if you do an interview and face each other, then you will have to press that button until the “up and down” LEDs are on. If you are a group of people around the microphone then you will have to press it until all four light up and so on. 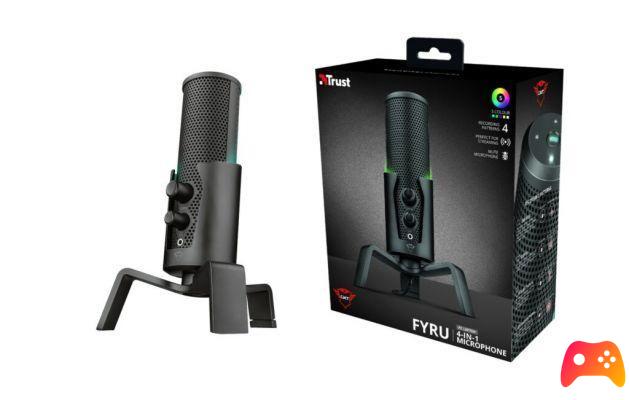 A very intuitive way to make you easily select the "source" of the audio. Always remaining on the led theme, know that there are a lot of colors available and not to change them all you have to do is press the button under the microphone. But one of the most comfortable details is being able to turn them off so that they don't bother the eyes, since they are really that strong. Obviously, if you change modes they will turn on only to show you where it will take the audio from and then turn off. Having so many options makes you realize that it is perfect for any plan you have in mind, from streaming to group podcasts.

The sound quality is very high, especially thanks to the fact that inside there are anti-pop filters that prevent you from having bad feeds in case of words with particularly loud sounds, just think of the "S" or "P". Obviously if you decide to keep the Fyru very close these filters would stop being useful, therefore an additional pop filter could be for you. 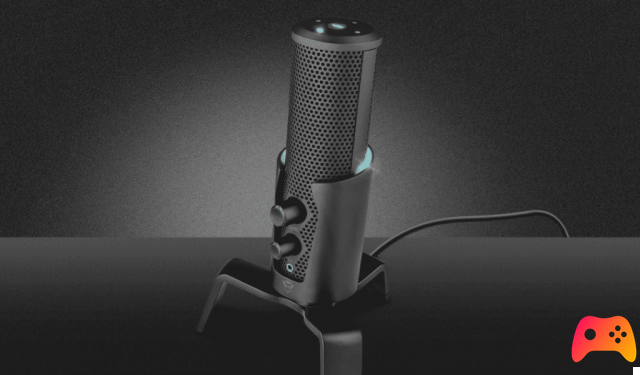 Despite the very high audio quality of the Trust Gaming GXT 258 Fyru, it doesn't mean that you don't have to do a minimum of post production, especially in the case of videos and podcasts, where voice is very important. While in case you decide to stream, you will just have to have the patience to understand how much is the right gain so as not to annoy your viewers very simple thing since you will have the opportunity to listen to yourself through the connection of headphones.

How much does the Trust Gaming GXT 258 Fyru cost? 119 euros, which might seem a bit high but considering that we are not talking about an entry-level microphone, the price is very competitive. If you want to take the "next step" and enter the world of podcasting and the like, that's perfect.

2020 will be the year of smart devices