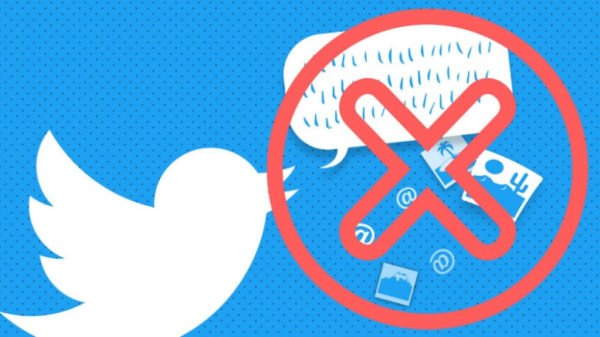 What happens when I block someone on Twitter! Twitter is one of the most used social networks. It will give you instant access to important news, opinions and public opinion trends and maintain direct interaction with public figures, just by knowing their username!


The downside of this freedom also means that anyone who knows your username, regardless of whether you follow them or not, can contact you directly. This form of contact, when frequent, can be very irritating to some people.

This can make us consider blocking these annoying users. But what happens if you block someone on Twitter?

The first thing to keep in mind is that Twitter's blocking policy it is transparent. In simpler words, what we mean is that when a user is blocked they will never receive a notification from you again, but if the person tries to enter your profile to see your Tweets the user will be informed that he or she is blocked with a warning that they can no longer follow or see your tweets.

So if a user wants know if you have blocked him on Twitter, will have to click on your profile, which is not always the case. This means that many times, a person will never know that a particular user has blocked them.

But the big question when blocking someone on Twitter is: can this person keep reading my tweets ? The answer is simple: as long as this person is logged into twitter with the account you blocked, they won't see any of your messages.


However, if the person closes the twitter session and decides to change their username on Twitter, this will give them access to your timeline data without any problem.

So, generally, to find out if a person that you blocked still sees your tweets, we can assure you the answer is yes, it is still possible for anyone to view your tweets, they simply will not be able to interact with you in any way through their account.

The only time this would not be possible is if you have had a private profile on Twitter. If you make your Twitter account private, only your followers can see what you tweet. So if you really don't want anyone to read one of your tweets, the only way to be 100% sure is to create a private Twitter account.


Naturally, it person decides to create another Twitter account, that person will be able to follow you once again. If this person is harassing you on Twitter or any other form of social media, the best thing to do is to report each of their accounts to Twitter and, if the person doesn't stop, report the account to the police, as internet harassment, is punishable in many countries.


Now you know what happens if you block a user on Twitter. Just keep in mind that they will still be able to view your tweets if they really want to, unless you set your profile as private.

How to recover deleted photos from iPhone and Android

What happens when you change your WhatsApp number? ❯