Devil May Cry 5: 10 tricks to get SSS combos 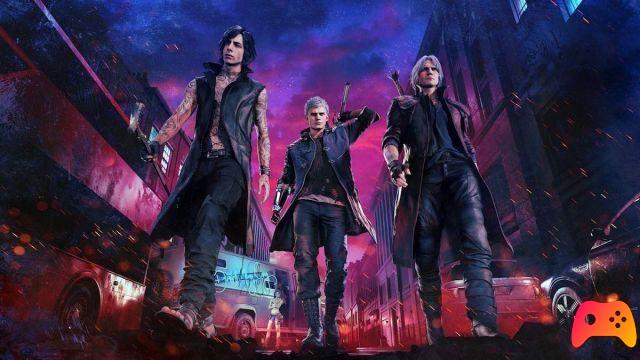 With three playable characters and as many different fighting styles, there is a lot to discover about the combat system of Devil May Cry 5, the latest chapter of the famous Capcom series released last March 8 on PlayStation 4, Xbox One and PC. With this guide we want give you some advice on how you can make the most of all these different skills to enjoy the best possible gaming experience.

Warning: this guide specifically refers to the buttons on the PlayStation 4 controller. 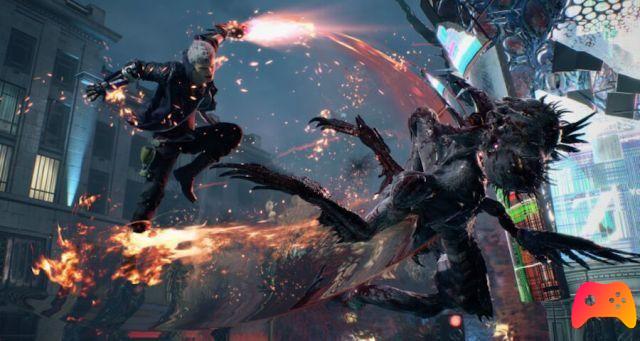 Don't always use the same move: While it might seem like a pretty obvious tip for veterans of the series, all newbies need to know the essential tactic of mixing. It is not possible to receive an SSS score on combos simply by attacking without criteria; even if you manage to finish the game, all the components that make Devil May Cry what it is would be left out. In fact, the artificial intelligence is able to keep track of all the moves that are made by the player, managing to mix the attacks: combo on the ground, pauses, change of target, use of the gun, jumps in the air and so on.

Cause: Another great tool to be able to do as many SSS combos as possible is through the tactic of provocation. Tapping the DualShock 4's touchpad activates this mode triggering an animation that lasts until the combo counter goes up. It is always best to activate it immediately after pushing enemies away during a combo, as it may be difficult then to be able to dodge them all once.

Although initially the jump cancel technique may seem quite difficult to master, it is a necessary component if you want to be able to be equally effective both playing with Nero and with Dante. Before we can begin, however, we need to acquire an additional skill called the enemy step. So you will be able to use the air attacks in a more lasting way, managing to never touch the ground below and leaving all enemies outside your perimeter.

Jump cancel attacks during their execution interrupt any animation, allowing the player to reset combos and vary actions. In particular, they can be particularly useful for releasing Calibur, an atmospheric ability that can only be used once while in the air. In this way, not only will the game be simpler, but above all more varied.

Learn how to master Exceed attacks

The Exceed is a skill that may seem quite useless at first glance, as simply continuing to press L2 while waiting for the full charge, once it occurs, the weapon will begin to glow and you will get a couple of fiery shots. Useful, of course, but not the best way to take advantage of this technique. In fact, holding L2 during a normal attack will transform it into a half combo, thus managing to change the moves. This way you will be able to defeat bosses and enemies much faster. 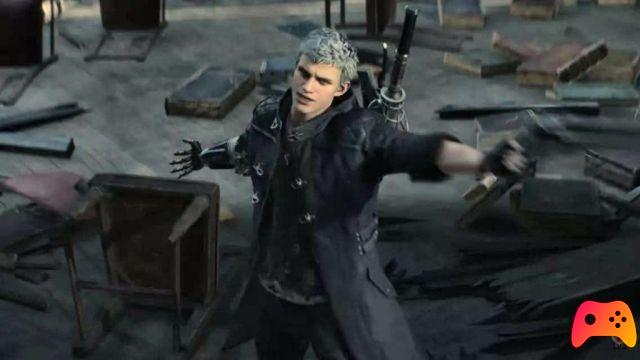 The different types of Devil Breakers


As all fans of the Devil May Cry saga will know, the Devil Breaker is one of Nero's weapons, built by Nico and which replaces the Devil Bringer. Between base game and DLC, eight different versions of Devil Breakers are available in this new chapter, which differ in types and abilities offered: here are some tips to be able to make the most of them all.

While it appears to be one of the most desirable weapons in the game, on balance it turns out to be quite boring during combat. Pressing the circle button on the DualShock 4 initiates an electric charge towards the nearest enemy; this move will have more or less effect depending on where Black is.

If you hold down the circle button while shooting with Gerbera, any possibility of kickback caused by shock waves will be eliminated. It is mostly a breaker designed for mobility on the battlefield, which can also be used offensively by dragging enemies into the air with you or attacking them when they are also overhead. Should you find yourself on the ground, a powerful beam can be fired out, allowing for better aiming. Similarly, if loaded and launched while in the air, it will fire a whole series of smaller beams that will bounce around the battlefield.

This is a rocket punch with which you fire once by pressing the circle button once, and continuing to hold to maintain the attack. In this way you will be able to fly among the enemies and rotate the shot through the square button, increase the speed with the triangle and finally jump by pressing the circle button again. Through this Devil Breaker you can also detonate a rocket for heavy damage.

It is a rather simple Devil Breaker, which is used to upgrade one's sword or pistol. Its only downside is that it makes it impossible to block targets.

Its main function is to create a time field that can slow down all enemies in its range. It is best to use it strategically to temporarily slow down some enemies while trying to take down others, or to freeze everyone present to be able to prepare different combos more calmly.

This drill-like weapon works slightly differently than the other Devil Breakers: it is more effective if the circle button is repeatedly pressed during its use, as it will allow Nero to penetrate the weapon deeper into the flesh of the enemies.

Being able to lash attacks through whips, it is very useful for blocking smaller enemies and for charging mid-air attacks that can grab individual enemies, simultaneously damaging all those around the range.

Change your fighting style and weapons as often as possible

Once the game is over, Dante will be able to take advantage of four melee weapons and four ranged weapons. In case it is too difficult to juggle all the weapons, you can change them within the customization screen. However, the key to being able to get more SSS combos with Dante lies in knowing how to switch from one weapon to another, being able to recognize skills and learning to use them in the right situations. To be able to learn these automatisms it is useful to try to find out how each enemy reacts to certain attacks. Also remember that there are unique abilities to each weapon when using the Swordmaster and Gunslinger, particularly when you are suspended in the air. 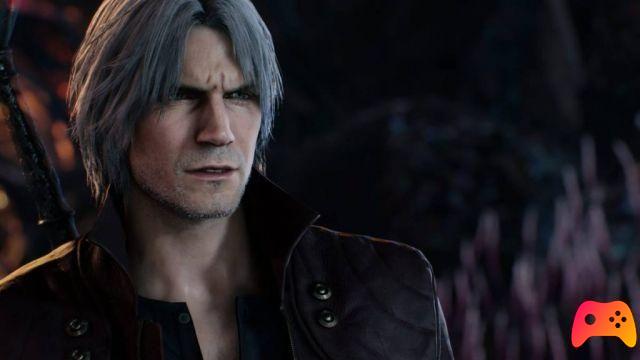 Learn to master the Welter Move

Dante's gloves, the Balrogs, can have two modes: kick mode and blow mode. If you perform an attack using the blow mode, the Welter Move will also automatically trigger, which is an advanced offensive technique capable of activating a particular set of movements.  As this is one of the most interesting moves, allowing the player to add powerful extras to their combos, we advise you not to underestimate it.

Get used to multitasking

As V is not a "technical" character like Dante or Nero, the best way to use him is to continue attacking while holding the attack button to continue reloading. Juggling this tactic will easily earn more SSS scores in combos. In addition to this, by holding the L2 key and continuing to use normal attacks, you can sacrifice part of your Devil Trigger gauge to activate automatic mode in case things go wrong. Finally, we also remember that with V dodging horizontally you can recall the Shadow technique, while doing it vertically you can take advantage of the Griffon, both useful to avoid dangerous situations. 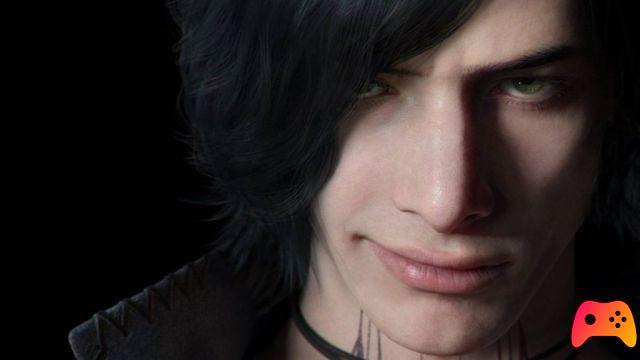 Call up Nightmare as much as possible

If you prefer some saving of the Devil Trigger bar, as it can be refilled by continuing to hold the R2 key during battles, it is recommended to use Nightmare as much as possible. In fact, through this technique, it is possible to unlock Promotion and ride on him while firing rays, interspersing the use of attacks such as the Shadow and the Griffon. Simple SSS combo, don't you think?

We have therefore concluded the roundup of tricks and tips to be able to enjoy as much as possible the combat system offered in the new chapter of the Capcom series. In the hope that they have been useful to you, we also refer you to all our other FAQs dedicated to Devil May Cry 5.

► Devil May Cry 5 is an Action-Hack and Slash game developed and published by Capcom for PC, PlayStation 4 and Xbox One, the video game was released on 08/03/2019
Devil May Cry 5 is a game to own at all costs: we decided to evaluate it with a 99%, if you are interested in learning more you can read the Devil May Cry 5 Review

add a comment of Devil May Cry 5: 10 tricks to get SSS combos