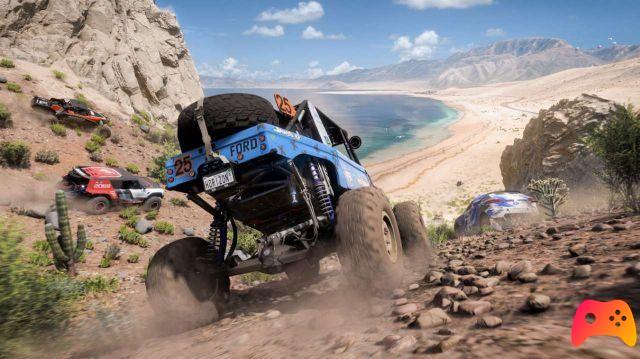 Find out all the details of the return of the Forza Horizon series coming to Xbox One, Xbox Series X | S, PC and Cloud in our preview.

Over the Xbox & Bethesda Games Showcase is A first look at Forza Horizon 5 was shown, title coming out on PC, Xbox Series X | S, Xbox One and Xbox Cloud Gaming on November 9, 2021 and as with most of the announced titles, included from day one in the Xbox Game Pass. But let's find out all the details of the new iteration of the festival.

From the very first moments, Playground Games proved the excellent technical sector of the new chapter of the series. The development team made use of the photogrammetry technology (similar to what was done with Microsoft Flight Simulator) to reconstruct the scenarios of the new Forza Horizon 5 setting: Mexico. He pleasantly impressed us the level of detail of the game world that touches the fine line between reality and fiction with minute details capable of astounding every player.

The same care and precision has been put into the cars, even more splendid and shiny thanks to the introduction of Ray Tracing (on PC and Xbox Series X | S) which results in the reflections of the sun on the liveries of the luxury supercars available in Forza Horizon 5. 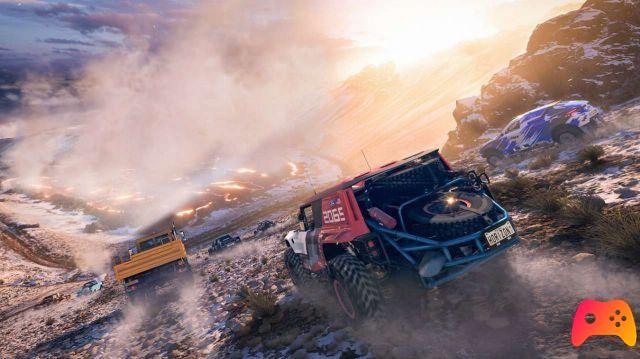 Forza Horizon 5 gameplay seems to have remained in line with previous chapters. Mike Brown, Creative Director of Playground Games illustrated some details of the campaign mode, which will receive a slight reinterpretation compared to the past with the inclusion of some more structured objectives than the simple movement between locations and then enter a series of challenges in order to continue the festival.

Unlike Forza Horizon 4, in this fifth iteration there will be the seasonal change that will change part of the scenarios, sometimes affected by climatic conditions such as sandstorms and intense tropical storms. The game world will therefore be the most alive and rich in details of the entire seriesYou will be offered the chance to visit deserts teeming with life, lush jungles, historic cities, hidden ruins, pristine beaches, vast canyons and even a massive snow-covered volcano. 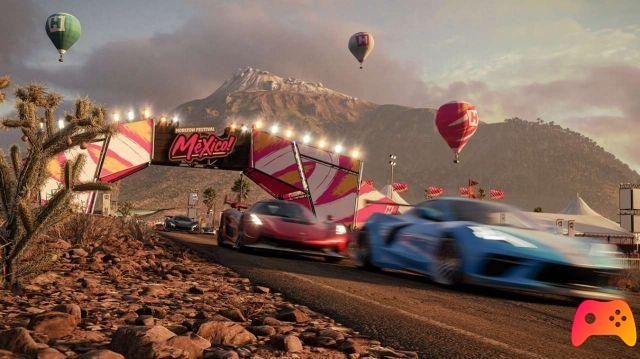 During the gameplay it was also explained how Forza Horizon 5 will allow you to explore Mexico with other real players online and no more "ghosts" as is currently the case with the fourth chapter. This functionality is not an end in itself, as it will allow users to whiz through the breathtaking sceneries of this new chapter and being able to immediately, without interruption, activate Horizon Arcade events, Such as Piñata Pop.


The Horizon Arcade is therefore a creative hub that will allow players not only to take advantage of peculiar events but also to be able to create them. The Event Lab will be present, a tool that will allow users to create new modes, new races and even the basic rules of the game with modifiers, similar to what happens in the bizarre and popular races of GTA Online.

Playground Games raises the bar of Arcade racing games again with the new Forza Horizon 5. A title that impressed us for the technical sector by aiming at photorealism and fully succeeding in this purpose. A fun and responsive gameplay are the key to the success of the Horizon series and the new additions, including the Event Lab, will allow users to further expand the fun component of Forza Horizon. The Mexico seen in Forza Horizon 5 is alive, detailed and real, so real that it leaves us curious to get behind the wheel of the large fleet of cars present in this new chapter. The added value? It will be included from day-one in the Xbox Game Pass, so at the moment there seems to be no excuse to visit Mexico starting November 9, 2021.

Do you want to be an expert and know all the tricks, guides and secrets for your video games? Epictrick.com is a group of video game enthusiasts that want to share the best tricks, secrets, guides and tips. We offer the best content to be a source of useful information, so here you can find guides, tricks, secrets and tips so you can enjoy your games to the fullest. Are you ready to get all the achievements of that game that you resist so much? Enter and enjoy your favorite video game to the fullest!
FPS Boost - How to activate it on Xbox Series X / S ❯