Review for Great: Memories of Azur. Game for PC, Nintendo Switch, PlayStation 5 and Xbox Series X, the video game was released on 17/08/2021

After a few brief appearances and thanks to the good presentation obtained during the Steam Next Fest, Greak: Memories of Azur managed to intrigue audiences and critics alike. The first thing that catches the eye when approaching the title is the traditional graphic style that distinguishes the work of Navegante Entertainment: it is in fact easy to recognize a dark but at the same time varied color palette seasoned with excellent animations.

Without delay, then let's dive into this particular action platform, out next August 17th on Nintendo Switch, PlayStation 5, Xbox Series X e PC.

In a distant region - where the first life forms known as Courine were generated - a threat known as the Urlag arose. After years of battles, the lands that housed the peaceful Courines have passed under the dominion of the Urlag, ready to conquer the world. In the desolate lands free from tyrannical hegemony begins the adventure of Greak, a small fighter of the Courines in search of his sister Adara.

After a daring escape Greak falls on deaf ears and is found by a group of scouts from the Drisdeen region, a land populated by a group of refugees who try to resist the Urlag conquest march. The aim of these refugees is to leave Azur via the only escape route, the skies, thanks to the construction of an airship. Greak during the search for Adara, will be called to recover a series of materials that will allow the last survivors to escape from Azur.

Navegante Entertainment has managed to package a product with an excellent artistic direction. Unfortunately, however, the game structure is not up to the level of the artwork and animations: For a good part of the adventure the player is only asked to alternate the control of Greak, Adara and Raydel, the three playable characters. Each character is characterized by a series of moves and abilities that vary the game approach but on balance the player only has to press two buttons for almost the entire adventure: the action button to fight and survive and the jump button to move from platform to platform.

Despite the not always excellent rhythms of the action component, the three characters are characterized by a unique moveset that we see together: 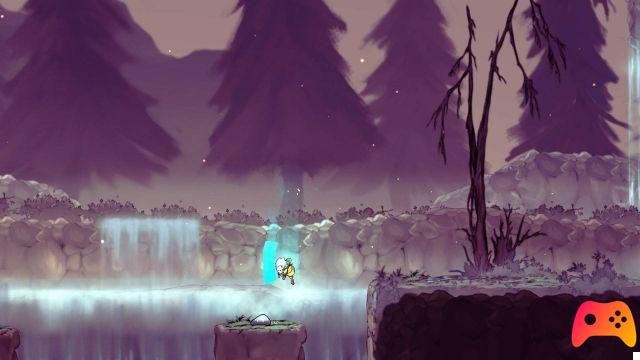 The platform sections scattered around the map of Greak: Memories of Azur are among the most successful above all thanks to the excellent level design: environmental puzzles, the absence of a mini map and a vast articulated territory, ask the player a good dose of concentration, especially in particular sections where you will have to manage multiple characters to solve a certain puzzle. In fact, if during the action phases the peculiarities of the characters have not been exploited properly, during the platform sections each player will have a fundamental role in solving the enigma.


Between an unsuccessful component and a successful one, Navegante Entertainment's production excellence lies in the art direction. The visual and sound component of Greak: Memories of Azur is among the best that can be found in an indie work: each element of the scenery is hand-drawn and the choice of dark but at the same time varied color palettes manages to convey to the player amazement and constant emotion, especially when the whole adventure is accompanied by a truly surprising and never out of place soundtrack. 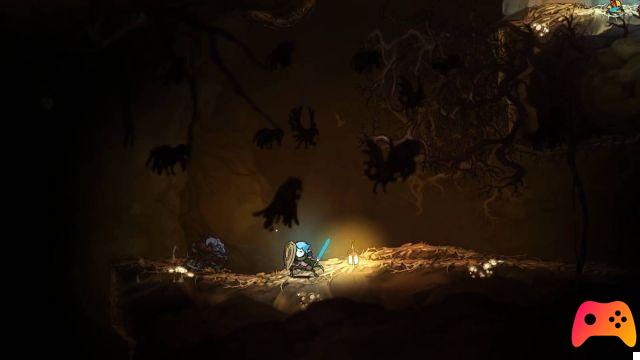 Greak: Memories of Azur - the first work of Navegante Entertainment and distributed by Team 17 - is characterized by several ups and downs but overall it has managed to entertain us for its entire duration. Despite an unsuccessful action component, thanks to the excellent platform phases and the artistic direction, the production of Navegate Entertainment is pleasant and seasoned with interesting ideas, including an excellent level design that allows the production to find its own identity. Despite some small flaws, the first work of this team is certainly a good starting point: in our opinion the adventure is worth the purchase.

► Greak: Memories of Azur is a Platform-Puzzle-Adventure-indie type game developed by Navegante Entertainment and published by Team 17 for PC, Nintendo Switch, PlayStation 5 and Xbox Series X, the video game was released on 17/08/2021

add a comment of Greak: Memories of Azur - Review