The Avengers return together with Black Panther

In a few days, the new expansion of Marvel's Avengers, the title of Square Enix and Crystal Dynamics dedicated to the most powerful heroes on the planet, will debut. The title came out almost a year ago but the publisher and developer are keeping the promises made initially, continuing to constantly support their GaaS project. It will then be available on 17 August War for Wakanda, this year's latest expansion for Marvel's Avengers, dedicated entirely to Black Panther. This will in fact introduce T'Challa as a new playable hero, along with others, and new entire story arc dedicated to the homeland of the historic component of the Avengers. We had the opportunity to watch a video shot by Crystal Dynamics, for an hands off, with all the news that await us. 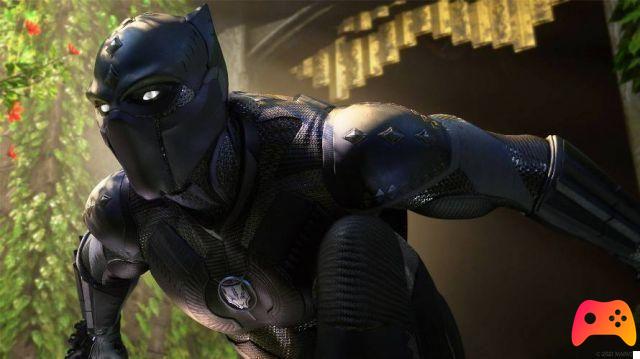 In addition to a small introduction where the new features introduced by the expansion were listed, we were able to witness the first two missions of the new Marvel's Avengers story arc, dedicated to Wakanda. Here, in the role of Black Panther, we will have to face the insidious aims of Ulysses Claw (o Claue), ambitious supervillain already known to those who know the Marvel universe. Ulysses' goal is clearly the reserves of vibranium, a pure exclusive of the Wakandian soil, and, following the events of the latest Avengers expansions, Black Panther can only intervene alone to stop it. Wearing the Black Panther costume, we should face both the men of the terrorist and his robotic devilries, as well as the hidden pitfalls of Wakanda, which have no mercy even for its king. The luxuriant forests and the rich Wakandian caves in fact, although beautiful to look at, hide numerous pitfalls that must be overcome thanks to the renowned agility of re T'Challa, together with his strong intellect: in addition to the typical action of the Marvel universe, there will be no shortage of puzzles to solve. Among the dangers there will also be some references to the ancient history of Wakanda that will provide us with interesting background on a nation as mysterious as it is rich. 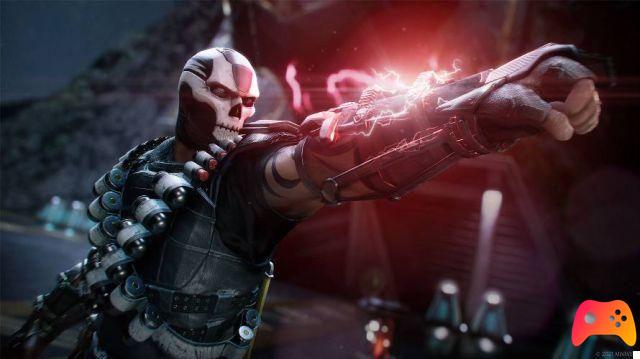 During the raids in Wakanda there will be no lack of boss battles. These seem to be well articulated: during a fight with Crossbones, T'Challa must both keep the mercenary at bay and deal with a sonic cannon that threatens the Wakandian structures, dosing skills and energies in such a way as to manage both without too serious repercussions. Black Panther's arsenal, along with the innate abilities of the Wakanda protector, make for a highly effective and varied mix for T'Challa. Black Panther will be equipped with a personal skill tree, like all the other heroes of Marvel's Avengers, which makes him a first-level hand-to-hand combatant. T'Challa will be able to count on both his experience in the martial arts than on his power suit, which allows him to accumulate energy from the blows inflicted by opponents, going into overcharge, as in the MCU movie. Often to engage opponents he can also start from the mid range, using both spears and Wakandian throwing daggers, which evoking Bast, the panther goddess patron of Wakanda and guide of all Black Panther. Thanks to the momentary stun that mid-range attacks will cause to enemies, T'Challa will be able to act almost undisturbed by inflicting damage thanks to her physical explosiveness as well as to the claws her costume is equipped with. Clearly there will be opportunities to deploy Black Panther together with other allies: here the synchronicities with the other heroes will be shown who, at least at first glance, do not seem to be too bad. 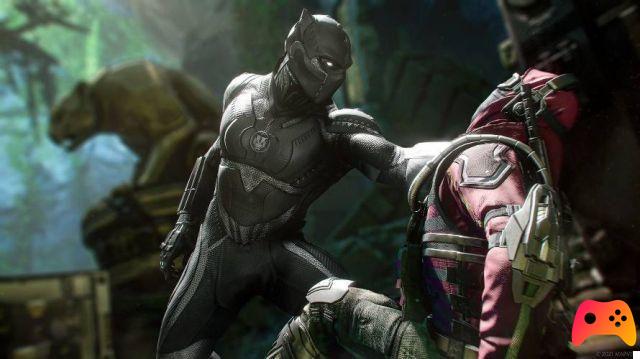 Crystal Dynamics' work in recreating the Wakandian lands seems to have done very well: both the wild and the artificial locations give a good idea of ​​African tradition mixed with innovation and modernity. A glance is enough to understand that the developers have fished heavily from the latest films dedicated to the Avengers and above all to the Black Panther feature film: both the royal palace and one of the lakes dotted with rocky islets are locations clearly inspired by their cinematic counterparts. During the hands off we were also able to test the dubbing of the new characters even if only in English: although the quality was not bad, the choices of the voice actors were perhaps not exactly the best, in terms of fully fitting voices. However, we reserve the benefit of the doubt as we have not been able to admire the expansion in its entirety and especially the voices of T'Challa & co. However, Black Panther seems to be rendered quite well temperamentally: less witty and more serious than the rest of the Avengers, on the other hand, he must still maintain his aura of royalty, although at the same time he is also a real superhero. 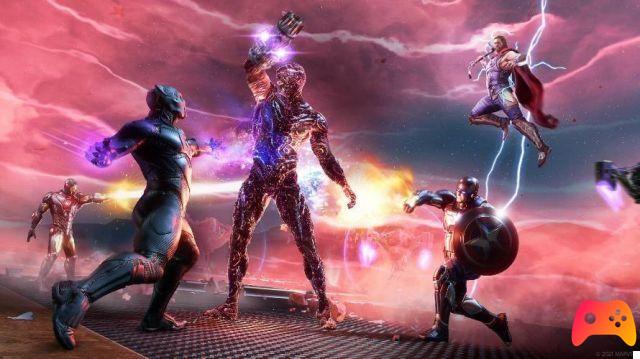 Overall War for Wakanda will add a lot of meat to the fire on the Marvel's Avengers table. Among new villains, new heroes, skins, missions and new content for the Avengers Initiative there will be content to be fleshed out for hours and hours of gameplay. All that remains is to wait for the August 17th to feel them with your hand.

FIFA 19: The news of FUT and the genius of Kick Off

add a comment of Marvel's Avengers - War for Wakanda - Preview