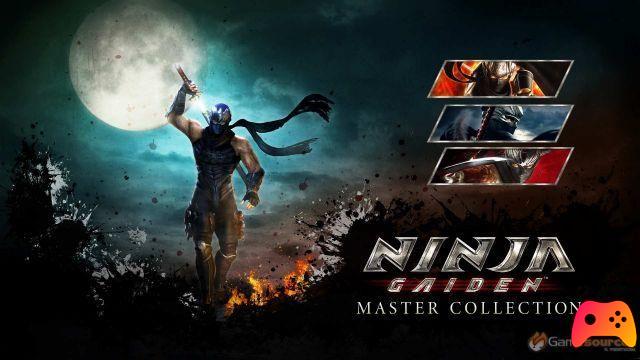 Review for Ninja Gaiden: Master Collection. Game for PC, PlayStation 4, Xbox One and Nintendo Switch, the video game was released on 10/06/2021

The progenitor of a genre, the now iconic Ninja Gaiden series has been appreciated and loved all over the world, and with a total of approximately 6.8 million copies sold it has seen the light on multiple platforms in a good variety of versions. Today, thanks to painstaking work, Team Ninja, assisted by Koei Tecmo, creates a practically unmissable collection: let's talk about Ninja Gaiden: Master Collection Deluxe Edition that lands on PlayStation 4, Nintendo Switch, Xbox One and PC via the evergreen Steam platform.

The Ninja Gaiden: Master Collection Deluxe Edition includes in addition to the three titles of the NINJA GAIDEN series in their best version - Ninja Gaiden Sigma, Ninja Gaiden Sigma 2 and Ninja Gaiden 3: Razor's Edge - also a digital artbook, and the soundtrack of the game. Let's find out together if the adventures of Ryu Hayabusa are worthwhile. 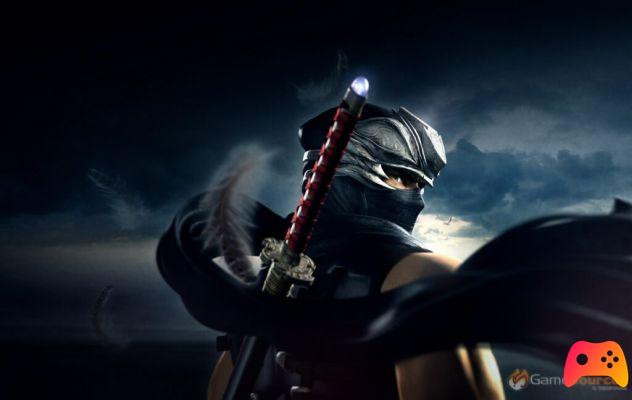 Given that talking about the plot itself is practically useless given the historicity of the series, we believe we need at least a premise to explain that Ninja Gaiden is perhaps one of the first real hack and slash that has ever been seen: the series has laid the foundations not only for the following chapters and the remasters, but also for a genre that would have depopulated in the following years. For the first time in fact we see a dynamic adventure with excited combat phases that over time become more and more complex, technical and spectacular to see.

Already in the Σ (sigma) version of the first chapter, released in 2007, the protagonist is able to alternate different fighting styles with a set of weapons that, however limited, is always spectacular.

Natural evolution of the genre sees the ninja protagonist go from the second chapter Σ2 of 2009 - where the variety of environmental situations, characters and above all weapons and movesets vary considerably - to the third, Ninja Gaiden 3: Razor's Edge in 2012, where the game it reaches a peak that is still enjoyable today, despite the generational leaps in hardware. The Ninja Gaiden: Master Collection brings all three titles back to consoles, fresh from painstaking remastering, with reduced loading times, plenty of DLC and playable characters not present in the original versions.

If the first chapter, however modernized, remains a must have to be enjoyed by virtue of the memories it arouses, the Ninja Gaiden: Master Collection brings the second and third on consoles with a breath of freshness that does not make you regret a technical sector that might seem dated. 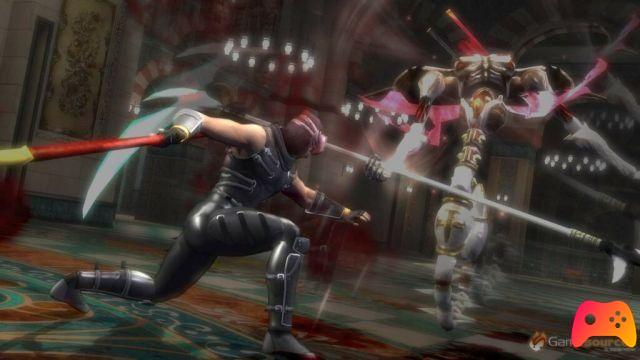 Don't get us wrong: enjoying Ninja Gaiden Σ is a really pleasant experience, with a still technical gameplay and with environmental puzzles and always spectacular bosses; perhaps, however, for a seasoned player, the greatest merit lies in the nostalgic aspect, which sees us face again in the role of Ryu the dawn of what still remains a must have today.


As for the second chapter, Ninja Gaiden Σ2, we are instead in the face of a title that, despite being affected by the weight of the years, is still asserting itself strongly. The merit probably lies in the graphic upgrade that brings the title in 4K (real, and not the result of a simple upscaling) with 60 FPS almost always stable and loading times reduced to the bone. The first novelty that catches the eye is that in the Ninja Gaiden: Master Collection we will find the possibility of using other characters such as Ayane, Momiji and Rachel in Rach2. In addition, each character in the collection has alternative outfits that can be equipped and their own weapons that vary the already full-bodied gaming experience taking it to the next level.

Weapons, movesets and splatter kills constitute today as yesterday the basic mood of the game, which turns out to be complete and technical as in the past, even better. In fact, the restyle work gives the protagonists of Ninja Gaiden Σ2 a truly remarkable precision on the controller: parrying, dodging and counterattacking are not simply relegated to frantic button mashing but allow the player to master a level of precision and technique that if mastered at duty really comes close to ninjutsu in the broadest sense of the word. 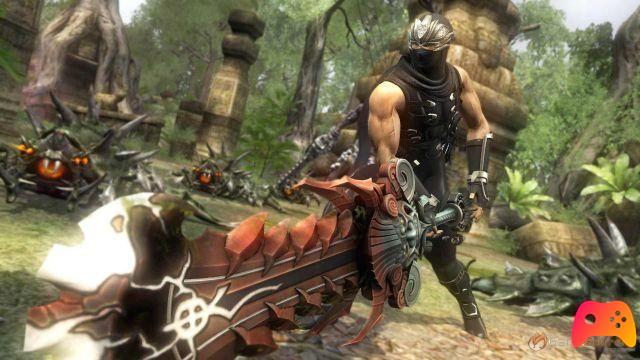 The best of itself, however, the Ninja Gaiden: Master Collection gives it with the third and most spectacular chapter: Ninja Gaiden 3: Razor's Edge.


For the few who have missed it, we are talking about a chapter in which the protagonist finds himself facing a universe of opponents so vast and varied as to leave you speechless. Our ninja Ryu will fight not only with Japanese gods but also with genetic experiments, cloned DNA mutations, and cutting-edge biomechanical technology. 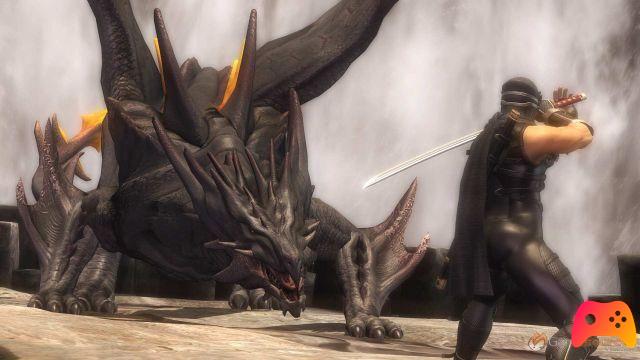 Without spoiling anything to those who have not been able to enjoy the original adventure, we only tell you that Ryu throws himself from flying airplanes without a parachute, cuts into two entire helicopters and beheads opponents as if there was no tomorrow. The technical level raises the bar and between double swords, scythes and the trusty bow, our beloved ninja hovers over the heads of his opponents, shattering everything he encounters in a sea of ​​blood.

Explosions, bullets, dinosaurs and divinities are just some of the pieces of an adventure that still manages to be today, almost a decade later, spectacular to see and play. 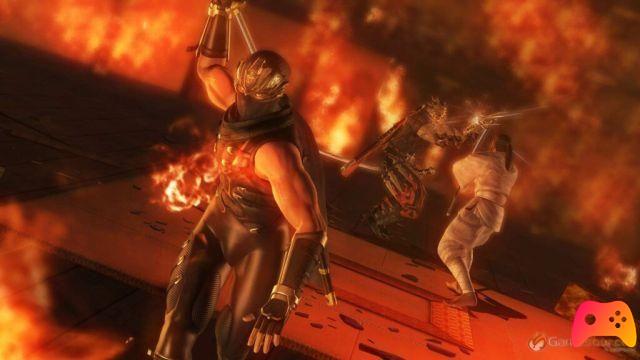 The third chapter also includes most of the DLC of the original work and the possibility of using Ryu Hayabusa, Ayane, Momiji, Kasumi as the protagonist: each will obviously be equipped with customizable costumes and spectacular weapon sets and we all know how pleasant it is to fight. with the women's sector of the series.

The remastering work is truly remarkable and loading times are almost absent throughout the Ninja Gaiden: Master Collection; it must be said that the version for Nintendo Switch we tested in the review phase is the one that of all is due, at least in part, to compromise: on the other hand, the Nintendo hardware allows the player to enjoy a splendid trilogy in complete mobility and without making the nose turn up too much. The hardware of the Kyoto house has to be satisfied, however, with a 720 at 60 FPS, which however is stable and pleasant. 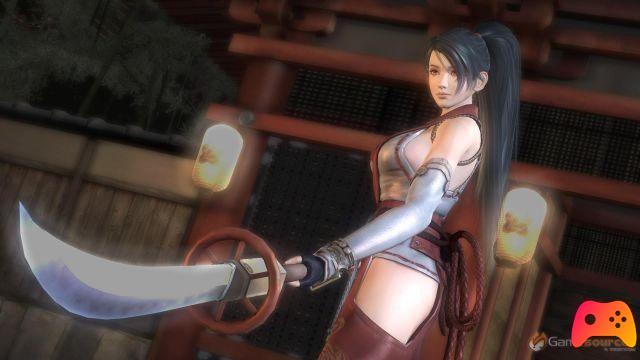 The chapters of the Ninja Gaiden: Master Collection - individually downloadable - offer extra content when purchased as part of the Deluxe Edition: it is a specially created app that will allow you to access a digital artbook of over 70 pages and with hundreds of drawings originals. The same app also allows you to access over 180 songs from the original soundtracks of the three chapters.

This is a gem for collectors which unfortunately brings with it a limitation: the entire content is usable only from the app itself and does not allow the export or sharing of content. 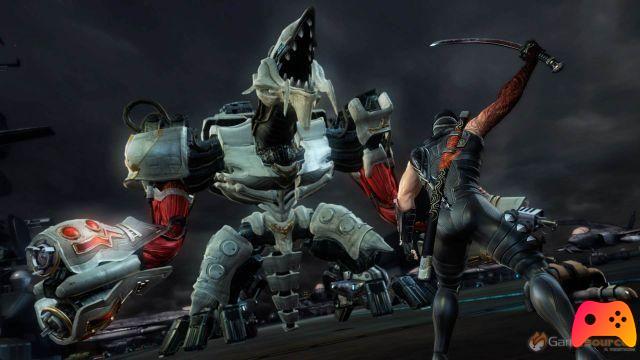 The multiplayer sector has also been significantly mutilated: the Ninja Gaiden: Master Collection does not allow multiplayer games in the ninja trials and in some original modes, neither locally nor online. The second chapter instead provides, in some cases, the second player, who will necessarily be guided by the AI. For the record, we point out that in Ninja Gaiden: Master Collection no technical features are implemented that were not present in the original - such as the vibration on the controller, for example - and that to enjoy the title from a PC you need hardware that supports the new graphics. and a suitably configured controller.

All titles will also be usable, thanks to backward compatibility even on the latest generation hardware.

Ninja Gaiden: Master Collection more than a simple remaster is a tribute to a historical and extremely engaging saga. Being able to enjoy the trilogy in its best form, additional content, artbooks and soundtracks and the extremely fun gameplay we are used to is a pleasure that every gamer should indulge. Thanks to the excellent work done, the amount of content and the substance that the titles already possessed in the past we can say only one thing: the Ninja Gaiden: Master Collection Deluxe Edition is an unmissable treasure of the polished past that you cannot miss.

► Ninja Gaiden: Master Collection is a scrolling-adventure fighting game developed by Team Ninja and published by Koei Tecmo for PC, PlayStation 4, Xbox One and Nintendo Switch, the video game was released on 10/06/2021