Isometric visuals and a strong anime imprint in Chinese sauce are the elements of the roguelite / RPG created by IndieLeague Studio, and published by PQube which, after being released on PlayStation 4, Xbox One and PC via Steam, finally lands on Nintendo Switch. 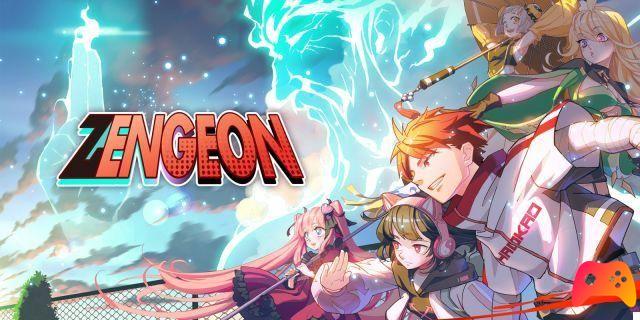 We are talking about Zengeon and we just have to go and see together what this title offers us.

The imprint of Zengeon is the one already seen in Bastion and in the recent and much appreciated Hades. A sparse and barely sketched plot that is revealed as the story unfolds stars five students trained to battle a horde of monsters that have invaded the city. The plot, banal and poorly structured, still has the elements necessary to support the gameplay, which will see you fight and exterminate enemies on the screen.

Everything seems to work so far, especially thanks to colorful and inspired anime graphics that characterize both PCs and enemies on screen well. Even the scenarios are valid from the graphic point of view while unfortunately they sin under the interactive one. It is often difficult to understand which objects can be destroyed and inexplicably almost identical objects behave once as a backdrop and once as a treasure chest. 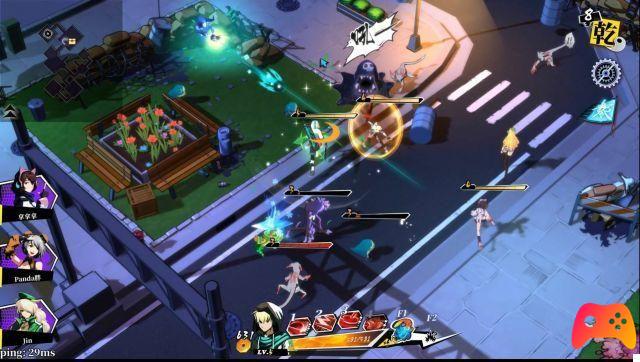 Fluid game patterns and different moves compartment for each character would seem to complete what at first glance seems to be a product with flaws but that works. Unfortunately where the game shows its side is under the aspect of the gameplay.

Of the five playable characters in Zengeon only two will be selectable immediately and, although the attack pattern differentiates them profoundly, it is completely lacking in thickness. Fast or heavy attack, sprint and special move - combined with two buttons for consumables - are all you have, and while some elements on the screen offer you interesting power-ups, these vary a little the style of play.

The roguelite component of Zengeon also provides that, apart from rare and specific power ups, everything conquered in battle is lost like tears in the rain with defeat and, in a context in which the difficulty is calibrated upwards, this passes from funny to frustrating. Also, what can make the difficulty really high is that some game builds are simply less suited to combat than others unless upgraded properly.

Here a hinted but functional RPG component comes into play: you will find items that will enhance your abilities permanently and power ups for standard attacks. You can also choose to opt to acquire skills that give your attacks permanent elemental powers such as ice and electricity, but unfortunately these elements are better developed in terms of graphics than under the practical one.

Hitting from a distance in a weak and inaccurate way makes the adventure difficult from the beginning but if resistant it becomes easier as you advance while the sword proves useful right away, making you prefer one character to the detriment of others.

Moreover, the AI ​​of the enemies is low and pushes them to strike blindly by surrounding the PC without much logic.: a character with a short range weapon and a good "super" therefore becomes considerably at an advantage, being able to wipe out opponents without problems.

Unfortunately, Zengeon has an aftertaste of a missed opportunity: we believe that a title like that if developed better in terms of the plot and more varied and balanced in terms of gameplay would have provided all the weapons to make it a valid competitor of Hades.


As for the port for Nintendo Switch we can say that the work has been done properly, loadings reduced to the bone and fluid animations have always exalted titles like Zengeon indeed, perhaps it would have been good to think of opting for the Nintendo hybrid. as a launch console, thus creating a strong base for porting to other platforms.

Zengeon finally arrives on Nintendo Switch, taking full advantage of the peculiarities of the Nintendo hybrid. Unfortunately, an inspired artistic component is not enough to fill the various technical flaws making the title immature. The poorly calibrated difficulty in relation to the gameplay also risks making the experience frustrating. Net of this, Zengeon rips the sufficiency even if it is a shame, given the potential of the title.

► Zengeon is an RPG type game developed by IndieLeague Studio and published by PQube for PC, Nintendo Switch, Steam, PlayStation 4 and Xbox One, the video game was released on 24/06/2019 The version for Nintendo Switch came out on 06/08/2021

3800 PlayStation 4 used to mine cryptocurrencies ❯