After the excellent debut on PC, Old Gen and Xbox Series X, for Yakuza: Like a Dragon it's time to get back to being talked about, debuting on the fledgling Sony flagship. Hide your little finger, because the Yakuza on PlayStation 5 hit even harder.

Like a Dragon is to be considered as the reboot of a decidedly long-lived saga, which includes more than a dozen titles between the main series and the spin-off. To get off to a great start, the guys from Ryu Ga Gotoku Studio have decided to leave aside the events of Kazuma Kiryu and supporting actors, to focus on a completely new storyline and characters, although references to previous chapters are inevitable and welcome.

We will therefore follow the events of Ichiban Kasuga, a member of the Arakawa family, initially affiliated with the good old Tojo clan. In no time at all the certainties and the daily life of our Ichban will be upset by a whirlwind of events that will lead our darling to serve 18 years in prison, taking on the guilt of a murder committed by others, ready to get back on track once his sentence has been served.


Once released from prison, Ichiban will find no one waiting for him and he will soon have to deal with a profoundly changed, inhospitable and alien world. Betrayed by his clan and his loving patriarch, will be forced to move away from the iconic Kamurocho, which for more than a decade has hosted the events of the Yakuza series, to venture into the unknown Yokohama. 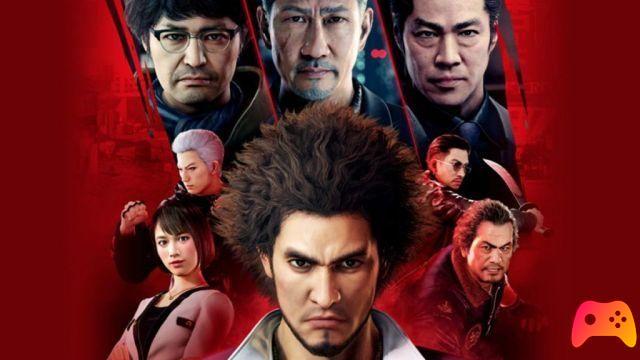 Change of location and change of gameplay for the Ryu ga Gotoku Studio series, which abandon the Beat'Em Up genre to venture into the unexplored lands of the JRPG. Change of course beautifully justified by the nature of Ichiban, who as a fan of the Dragon Quest series, visualizes the clashes in his mind as if they were turn-based battles of his favorite saga, offering us his peculiar vision of the world in the form of gameplay.

So let's get ready to enjoy an adventure lasting about fifty hours, ready to change jobs at our party according to your needs, leveling up classes and characters and running into dangerous encounters in the streets of Yokohama. It is incredible to see how well the JRPG formula marries the Yakuza series and how the over-the-top tones of the clashes enhance the metanarrative value of the sequences. 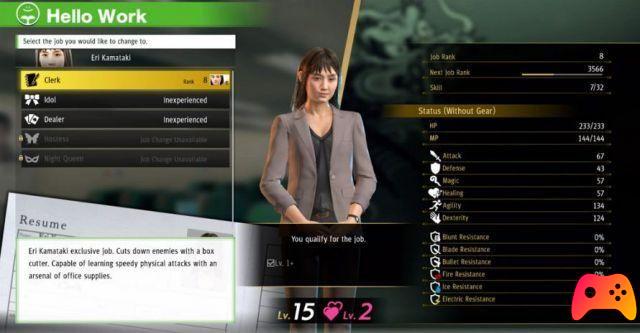 As a test bed we can say that we are facing a solid but not granite JRPG, packaged by fans of the genre, who in the face of some uncertainty in the parametric balance manages to return a pleasant and compelling feeling. For this reason we sincerely hope that Ryu ga Gotoku Studio will continue on the line drawn by Yakuza: Like a Dragon, going from chapter to chapter to deepen what is proposed and thus managing over time to structure a coherent evolution of his vision of turn-based battles.

As the title suggests, we have finally got our hands on the PlayStation 5 e we can say that we are very satisfied with the Next Gen version for Sony's mammoth console. Normally the PS5 version of Like a Dragon is proposed on the very stable 60 FPS, but in case we want to increase the graphics performance, we can choose through the intuitive game menu, whether to switch to high resolution mode. 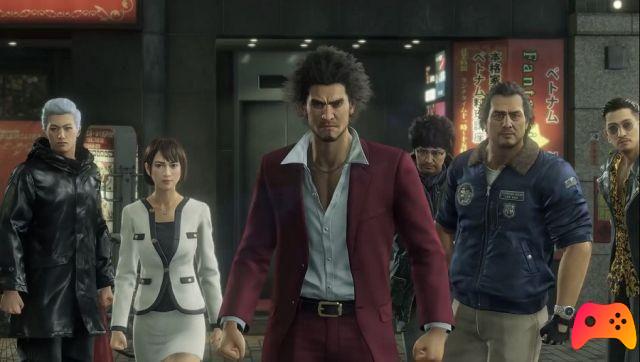 While the high resolution will make us benefit from a more than satisfactory visual performance, the price to pay will be a drastic lowering of the frame rate, which will bring us back to the 30 FPS so criticized during the last generation. We are certainly not new to this type of compromise, which seems to be the most popular with regard to the release window of the next gen launch titles, as for example happened a few months ago with Demon's Souls.


For our part we are excited about the return of 60 FPS on PlayStation 5 which often turn out to be a sine qua non to fully enjoy certain works that profoundly benefit from the right frame rate. On the other hand, loading times are not to be underestimated either, which on PlayStation 5 are splendidly fast and we are sure that these little displays of power are just the prelude to the years to come.

Although this review is more focused on the related PlayStation 5 edition than on Yakuza: Like a Dragon itself, we cannot finally fail to underline the narrative quality of the title, which manages to capture the attention of the player since its first suggestive sequences, dragging him towards a magnetic and terrifying imaginative universe, overwhelming him with the most fascinating cultural characteristics of Japanese crime, in a voluptuous spiral of friendship, betrayal, corruption, identity, honor and death. 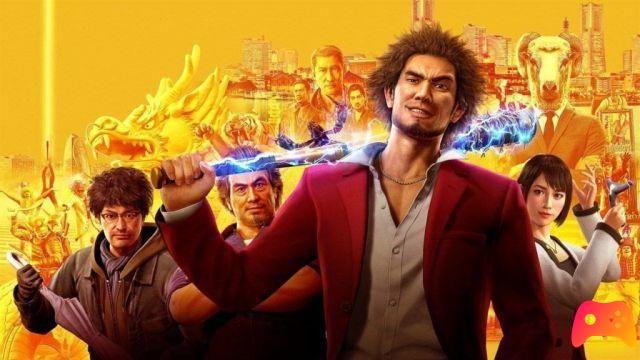 Yakuza: Like a Dragon runs beautifully on PlayStation 5, Ichiban is a more than worthy replacement for the iconic Kazuma Kiryu and the stories told are visceral and credible. The light-hearted tones of the work act as an exorcism, helping us to visually metabolize frightening and profound contents, to the point of introjecting and making part of us an inspired and cruel narrative path. In art, work on contrast is often fundamental and we can assert that Ryu Ga Gotoku Studio has hit the mark. If we add to this formula a successful JRPG reinterpretation, we can only rejoice and make room in the bookstore and in our hearts for the worthy successor of the Yakuza saga.