The story between Final Fantasy XIV and Sony consoles begins in the now distant 2013, with the first PS3 version released in conjunction with the PC version. It was certainly a version with some objective performance problems but even then the result brought home by the Square Enix team with this first attempt to bring the huge MMORPG to a console could be defined almost miraculous. Over time, especially with the release of the new expansions and some technical upgrades, the PS3 version was discontinued, to subsequently give space to the PS4 and PS4 Pro, which today remain some fantastic arangiamenti to play in a more than dignified way. FFXIV on console with a good compromise between resolution and frame rate.

Recently, however, simultaneously with the release of the game's patch 5.5, Square Enix has made available a beta of the PS5 version which literally transformed our gaming experience into something very similar to what we live on a daily basis on PC. We realize how it can be a bit risky as a statement, given that with a mid-to-high-end PC it is possible to play with Ultra settings, complete with 4K resolution, 60 FPS frame rate, dynamic lighting system, details at maximum etc ...

What we mean by the statement above is that for the first time ever FFXIV has given us the impact of getting closer to that kind of standard. The PlayStation 5 version offers in fact several options and settings that are very close to the PC ones. Three in particular, are related to the resolution and frame rate combination: 4K (2160p) / WQHD (1440p) / Full HD (1080p). The first can guarantee a frame rate of 40 FPS, while the other two will focus on 60FPS. Obviously, Full HD is the one that will guarantee them always and in any case despite what happens on the screen.

Clearly, depending on the resolution, you will also have to play a little with the size and positioning of the interface, which remains as always super customizable and adaptable to the needs of the individual player. This will also allow you to have icons, writings, thumbs and so on at higher resolutions, with a clearer and more defined text to be used by everyone, especially by those who are approaching FFXIV for the first time. 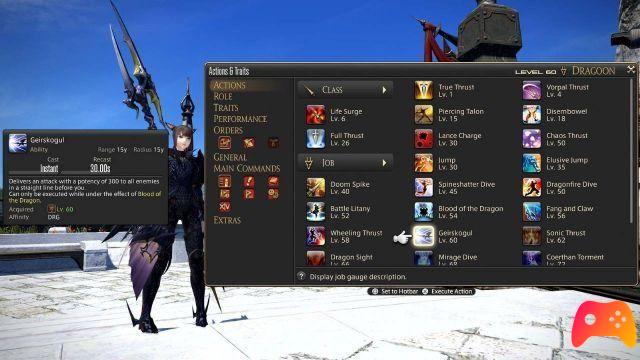 Obviously we cannot fail to mention the loading times, one of the characteristic technical aspects of this new generation and in particular of the PS5, thanks to the SSD. Traveling between areas, loading a cutscene or teleporting is now doable in a matter of seconds, when before the times derived from the PS4 and PS4 Pro versions were felt, especially in parties when you have to wait for all the participants to load.

And since we're on the subject, PS5 boasts a couple of other technical features that the FF14 beta allows you to take advantage of in a more than welcome way: the first is Dualsense, the great revolution of Playstation controllers. Thanks to adaptive triggers and haptic feedback, the gaming experience with the controller gains a boost from a tactical sensory point of view which in some cases can really make a difference. 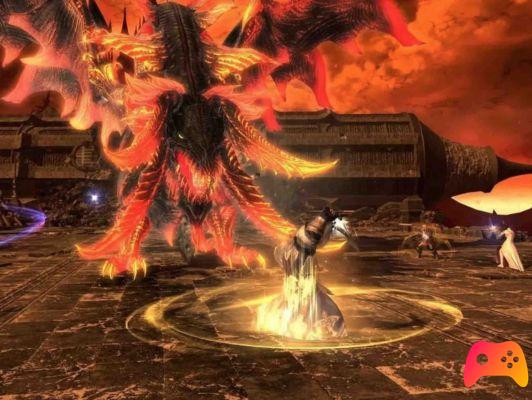 Currently the PS5 beta allows limited use, such as running on foot or on a mount in certain areas, the use of certain skills for each individual class and little more. However, the developers have promised that at the end of the beta period and with the official release of the final version for PS5, many more game moments will be implemented where the Dualsense will be exploited properly.

The second aspect is the 3D audio. FFXIV has always made a very important use of sounds, and we are not referring simply to the beautiful ost that is the background to the game, but precisely to the environmental noises that immerse the player in gloomy and scary cities, forests or undergrounds. The PS5 technology allows you to replicate and enhance the sound sector of the game, offering an unprecedented experience to owners of headphones who can take advantage of the 3D audio of the Sony console. Trust me, don't take this aspect lightly, because underestimating it would deny you access to an additional layer of immersion in the game. 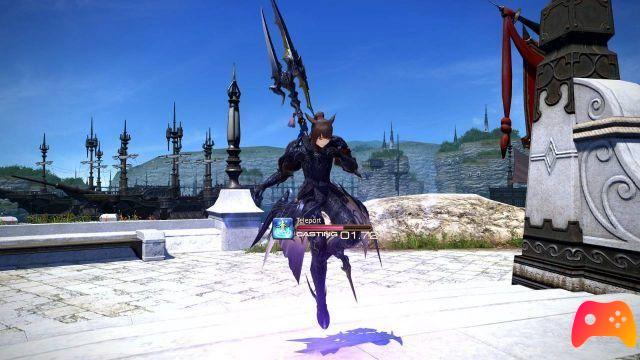 Finally, we point out the introduction of new trophies inserted ad hoc and divided for each game expansion, which will give new incentives to replay old content or start new ones, in order to perhaps obtain the coveted platinum. The trophies are already active and unlockable with the beta and mainly require you to complete the main story missions, the most important contents such as raids and specific trials, up to more trivial stuff like killing tot enemies or completing tot dungeons or FATE. Definitely, a very secondary aspect of the game and an end in itself, but considering that the trophies had remained unchanged since A Real Reborn, it's nice to have a breath of fresh air for all the other expansions of the game and to have a minimum of recognition. for completing certain content.


It is important to emphasize again that what we have told you is still in the form of beta for Square Enix. This is because the development team has kept to specify that it is working to improve the experience on PS5 with many other technical improvements, especially as regards the textures and the whole lighting system. If there are no critical issues during this beta period, the arrival of the official version for PS5 should take over in a natural and almost invisible way in a relatively short time, while on the contrary if problems arise there could be slippages.

Currently access to the beta is possible through two modes: the free trial for all players who have never played FFXIV, or the direct upgrade to the PS5 version. Both modes are available on the PSN Store by searching with the keyword "Final Fantasy XIV". 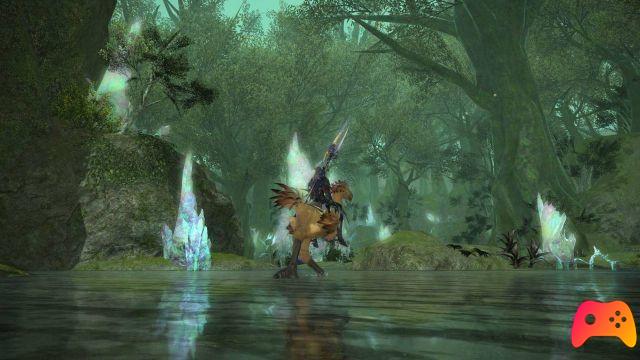 Our first evaluation of this beta is unquestionably positive and in some ways higher than our expectations. Although there are obvious distances between the PS5 version and the PC version, the latter comes very close thanks to the possibility of choosing your own graphics settings and the result on the screen is seen. All the upgrades derived from the technical characteristics of the console are a plus that cannot be ignored, especially if you think that at the end of the beta and with the arrival of the official version, further improvements will be applied to this version of Final Fantasy XIV. Waiting for the next Endwalker expansion, which should represent the end of a first great narrative click that began 13 years ago, all owners of FFXIV on PS4 should think about making the switch to PS5 as soon as possible (subject to the availability of consoles if not. 'have yet).

Those who have never visited Eorzea yet, the free trial is waiting for them: base game + first expansion completely free, for hundreds of hours of fun of what, to date, is probably one of the most beautiful Final Fantasy of always. Take advantage of it!

Do you want to be an expert and know all the tricks, guides and secrets for your video games? Epictrick.com is a group of video game enthusiasts that want to share the best tricks, secrets, guides and tips. We offer the best content to be a source of useful information, so here you can find guides, tricks, secrets and tips so you can enjoy your games to the fullest. Are you ready to get all the achievements of that game that you resist so much? Enter and enjoy your favorite video game to the fullest!
Final Fantasy XVI and more at the Sony post E3 event? ❯

The subtle revolution of FIFA 19 - Proven