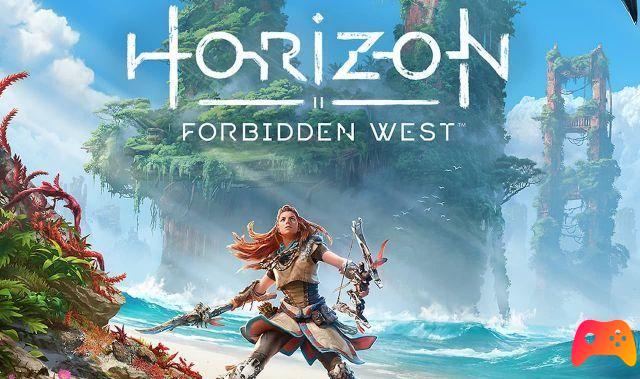 The gameplay of Horizon Forbidden West has finally seen the light, and we are here to tell you our first impressions.

During yesterday's State of Play we were able to take a first look at the gameplay of the new Horizon Forbidden West by Guerrilla Games. The sequence shown was about fifteen minutes and in addition to confirming mechanics already present in the last chapter, it introduced some news both from the technical side and from that of the gameplay. Below are our first impressions and expectations for the final game.

The video begins with a cutscene in which the thing that stands out the most is the face of Aloy and a wounded secondary character. If in the case of the latter the details of the face and the expressions have more or less remained the same as in the first chapter, the same cannot be said for Aloy: the protagonist is even more beautiful, with the direction and the light that enhance every detail, from freckles to scars, and once again Aloy's character design turns out to be perfect. From here we then move on to the gameplay, with an imperceptible transition and without the quality of the images being ruined.

The direction focuses on the breathtaking views of the moors of a world dominated by nature, with the ruins of a world now finished, that of the Precursors, in the background. Technically you can see the limits of what is a cross-gen production, especially in the details, but if you look at the general impact we are certainly facing one of the most beautiful titles of this early generation. And here is the appearance of the first machines, similar to velociraptors with a man from some tribe still unknown to us in the saddle. 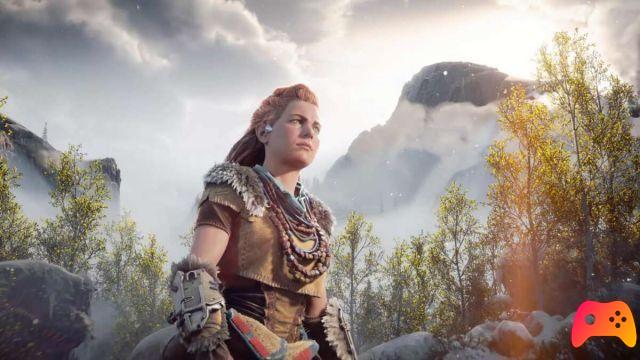 A novelty is immediately shown: during the collision with one of these machines Aloy finds herself surrounded by e to escape he uses a smoke bomb capable of making his enemies lose track. From this moment on an escape that reminded us a lot of the classic Uncharted scenes: between jumps, explosions and climbing. Climbing that among other things have received an improvement, now much more dynamic and "free" in the style of Nathan Drake. A grappling hook then allows Aloy to fly past several cars and then end up with a dive into the sea.

Here we first see the much talked about addition of swimming in Horizon Forbidden West: the seabed is incredibly rich in detail, with the sunlight enhancing the corals, fish and plants that move with the current. In the water there are also mechanical creatures (of course) and they seem to be really dangerous, to the point that in the video they were avoided thanks to the structures destroyed on the ocean floor. 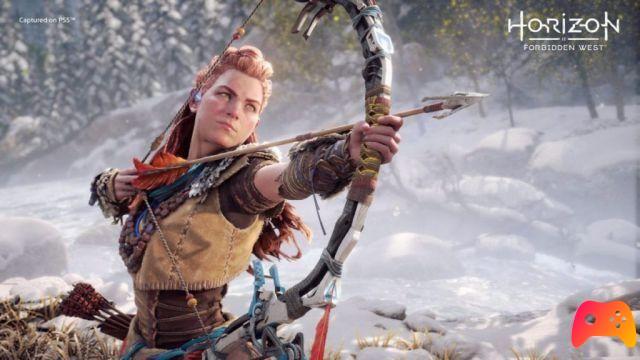 After another short video we witness the first fight with humans, a sore point of the first chapter, but which here seems to have been - at least partially - filed away. The feedback of the blows with the spear seems to have improved, with the physicality of the blows inflicted on the opponent that are perceived and that will surely be amplified by the DualSense.

Now let's see what is perhaps one of the most unexpected things and that could perhaps make many turn up their noses: the Super. Exact, in Horizon Forbidden West we will be able to take advantage of a series of special abilities capable of resolving a fight against particularly difficult enemies. In addition to the renewed combat animations, in fact, we see that suddenly a mini movie starts that we discover, immediately after, the Super used by Aloy. A skill that is certainly spectacular and useful for combat purposes, but that perhaps it clashes slightly with the style of Horizon but in any case this will be something to be evaluated in the review. 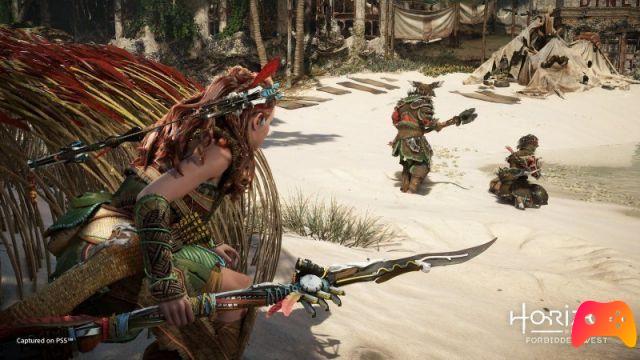 Another brief exploration phase follows, useful above all to show us the return of the Override mechanics with which to control and ride the machines, but above all what it seems a sort of Zeldian paravela: a holographic umbrella that acts as a parachute for Aloy, useful both for descending from the heights and for use in combat as we will see later. It is in fact now that the highlight of the video arrives, the clash with the gigantic robotic Mammoth ridden by enemies.


The combat in general doesn't differ much from what the Horizon Zero Dawn gameplay fight against the Thunderstorm was. Obviously, the interaction with the environment and the destructibility of the objects in the scenario has increased Two new weapons were shown: a slingshot that slows enemies and a spear that explodes on impact. The latter proved to be crucial in making enemies fall off the creature's back and detach the various pieces of armor. Even in Horizon Forbidden West the larger machines will drop their weapons and Aloy will be able to pick them up to use them to her advantage as we see towards the end of the fight.

The gameplay closes with a short final movie but without a release date. So despite the team's promises that the title will be released by 2021, the absence of a date, or at least of the launch window, makes us doubt and not a little. At the end they inform us that there will be new updates before the launch where we will discover many other innovations introduced.

All in all we can be satisfied with this first taste of Horizon Forbidden West which is certainly improved in many respects, even if there are still some unknowns on the interaction with the open world, on the density of the map and on hand-to-hand combat with humans. Technically, however, especially if we think that it is a cross-gen product, the impact is astounding that perhaps lacks in the small details (like most of the open worlds) but that in the overall view leaves you speechless. The curiosity is therefore certainly a lot and we can't wait to find out more.

► Horizon Forbidden West is an RPG-Adventure game developed by Guerrilla Games and published by Sony Interactive Entertainment for PlayStation 4 and PlayStation 5, The release is scheduled: 2021

Do you want to be an expert and know all the tricks, guides and secrets for your video games? Epictrick.com is a group of video game enthusiasts that want to share the best tricks, secrets, guides and tips. We offer the best content to be a source of useful information, so here you can find guides, tricks, secrets and tips so you can enjoy your games to the fullest. Are you ready to get all the achievements of that game that you resist so much? Enter and enjoy your favorite video game to the fullest!
Horizon - Forbidden West: DualSense protagonist ❯