Review for Ghost of Tsushima. Game for PlayStation 4, the video game was released on 17/07/2020

What are the actual news of this new edition and what does the expansion dedicated to the island of Iki have to offer? Find out in our review.

The return to Tsushima

Ghost of Tsushima was the last big exclusive to come out on PlayStation 4 before passing the baton to the next generation, this has left some of the most recent titles without the opportunity to express themselves by taking advantage of the PlayStation 5 hardware and its novelties. 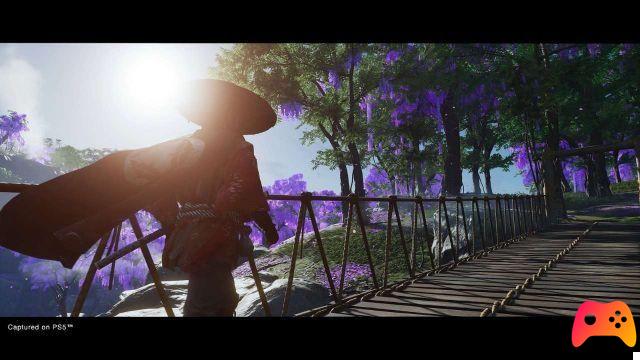 Observe the colorful and idyllic landscapes of Tsushima again with a solid frame rate anchored at 60 frames per second in 4K resolution is definitely an excellent element that is included in the long list of new features in Ghost of Tsushima Director's Cut.

First, it should be noted that All players will receive a patch starting August 20 that introduces some of the most requested changes by players, including the ability to hide bow and quiver and the ability to lock onto enemies. In particular, the ability to keep an eye on your opponents allows Sucker Punch to fill one of the most marked defects of the original edition of the title.

It is therefore legitimate to wonder if it is worth returning or discovering Ghost of Tsushima for the first time with its Director's Cut. This nomenclature has cinematographic origins, in fact it is the "director's cut", that is, all that series of contents removed from the original work and which are usually reproduced in dedicated versions, therefore nominate “Director's Cut”. Video games as well as mediums, have now overcome the fence that isolated the game from the cinema and over the last few years there has been a continuous desire to produce increasingly cinematic content with numerous appearances of actors known to the public coming to life within purely playful realities. 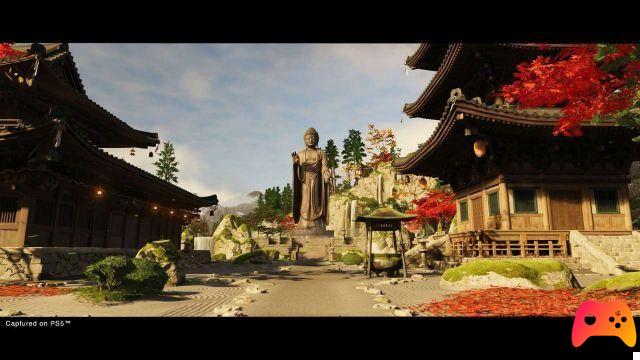 Consequently, is everything that was cut in Ghost of Tsushima now present in the Director's Cut? Not really. The Sucker Punch team has certainly introduced a full-bodied content cut but at the same time they have also been able to file some defects encountered by users in the original version of the title.

All of this makes Ghost of Tsushima's Director's Cut much more than just adding cut content, but a real edition that manages in the first place to bind to the PlayStation 5 ecosystem with an excellent response of adaptive triggers and haptic feedback and secondly to return to the players a visual fidelity of great workmanship that is inextricably linked to the artistic direction of the title, thus managing to capture the attention of old and new players.

The past of Iki Island

What most represents Ghost of Tsushima Director's Cut, however, is its expansion, called: Island of Iki. This island is not just a small addition to the multitude of content available in the main title, rather, a real installation of a narrative arc that will allow the player to discover more about the protagonist's past and at the same time to face a new threat that has taken control of Iki Island. 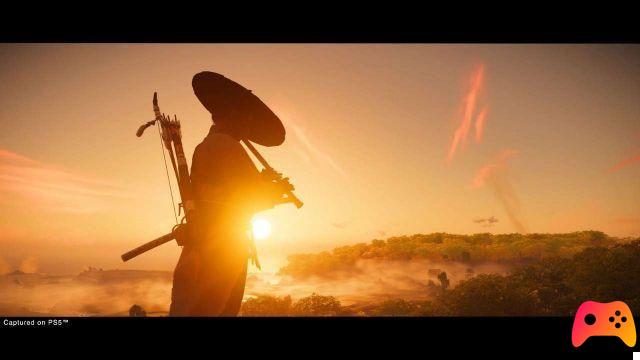 In order to reach the new lands it will first be necessary to reach the second act of the main campaign of Ghost of Tsushima, subsequently, you will receive a notification that will allow us to follow the wind to the coast from where Jin, will discover a patrol of a tribe not part of Tsushima, on the other hand, come from the mysterious island of Iki, a place where the protagonist immediately outlines that he has an unfinished business, as it is linked to an important bereavement.

The voyage is abruptly interrupted by a strong storm that hits the boat, sending Jin out to sea. Weak and confused, Jin wakes up hunted by the enemy forces that will bring him in the presence of the Eagle, a dangerous shaman, eager to move beyond the island of Iki to land in the lands of Tsushima. 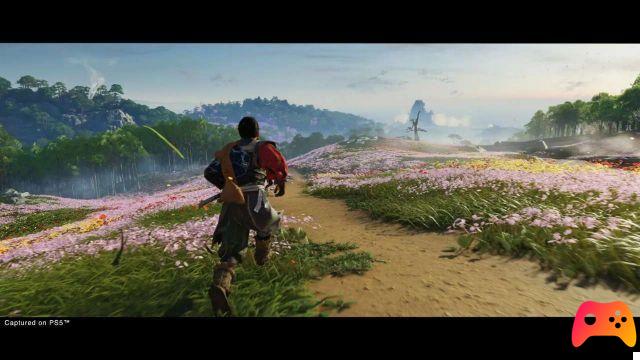 We do not want to continue with the narrative in order to leave you free to discover every single act of what is certainly much more than a simple expansion. There is a parallelism between what happens during the Tsushima adventure and what happens on the island of Iki. On the one hand, a direct conflict, a path of redemption that focuses on Jin's will to follow honor or become the ghost, differently, what happens during the expansion is a real psychological conflict. Jin will be constantly placed to relive some moments of his past, traumatic and symbolic for what he will become and what, (contextually to the point of the main adventure), he is becoming.Throughout this journey, it will keep you busy between ten and fifteen hours, Jin will not be alone, he will be able to make use of some co-protagonists who will help him during the adventure, similar to what happens in the events set in Tsushima.

Adding to the list of novelties present in Iki Island are the numerous secondary activities, including memories of Jin's father, challenges with the bow and the inevitable collectibles to be found while exploring the new lands, on the whole. Sucker Punch has been able to calibrate the news well to the contents already present in the base game, engaging the expansion without any kind of forcing. 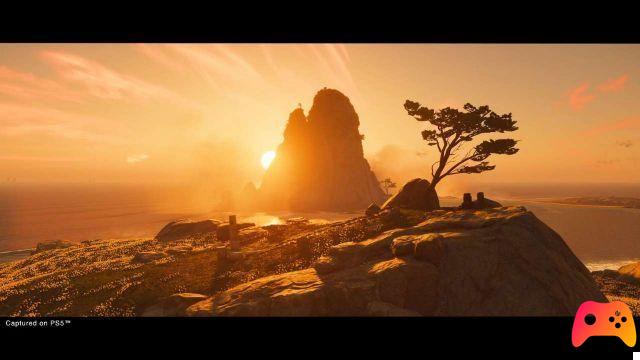 Ghost of Tsushima Director's Cut gives players a new chance to explore the colorful landscapes of Sucker Punch and explore new ones through the expansion dedicated to the island of Iki. A substantial addition that increases the longevity of the main title and that offers users the opportunity to learn more about Jin's past in a psychological journey that solidifies the protagonist of the Tsushima events. The technical improvements, the additions of the haptic feedback and the adaptive triggers on the DualSense are just some of the complements present in the PlayStation 5 edition of Ghost of Tsushima, once again consolidating the exclusive Sucker Punch for old and new players.

► Ghost of Tsushima is an Adventure-Action game developed by Sucker Punch and published by Sony Interactive Entertainment for PlayStation 4, the video game was released on 17/07/2020

add a comment of Ghost of Tsushima: Director´s Cut - Review