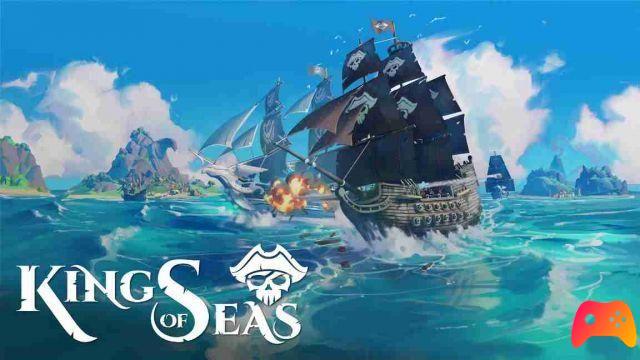 Review for King of Seas. Game for PC, PlayStation 4, Xbox One and Nintendo Switch, will be released in 2021

The video game market has undoubtedly grown, thanks above all to those development teams who have begun to strongly believe in this sector, producing more and more titles every year. This is the case of 3DClouds team who recently developed King of Seas for Nintendo Switch, PlayStation 4, Xbox One and PC that we have reviewed for you in these pages.

The first impression you get when you see King of Seas is how the production strongly recalls Port Royale or Sid Meier's Pirates !; if you think that the guys of 3DClouds have given rise to yet another management software you are wrong, because King of Seas is a procedural Open World with RPG elements set in the seven seas. 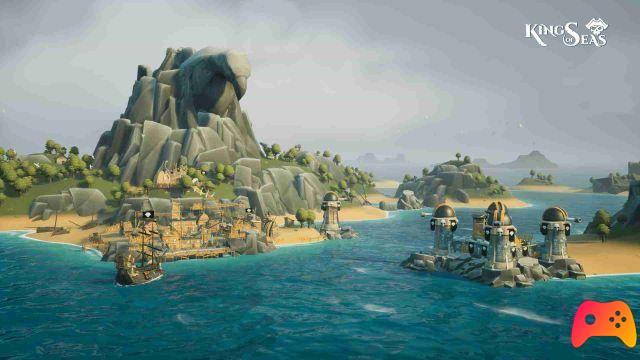 The incipt sees you participating in a plot against you. The ruling king is assassinated through a mysterious ritual and the wrongly accused son, after being given up for dead following a naval war, must fight to shed light on his father's mysterious death.

After being rescued, the adventure begins with control of a small pirate ship ready to set sail. Right from the start, the player is given the opportunity to explore the game map or follow the main quest; the freedom granted allows the player to dictate their own times and decide whether to enlist sailors to complete the crew or wander from island to island to plunder precious loot: some of these also allow a good customization of the ship. During navigation it is possible to buy and sell goods by navigating between the different ports, this allows you to create a fundamental profit for the advanced stages. 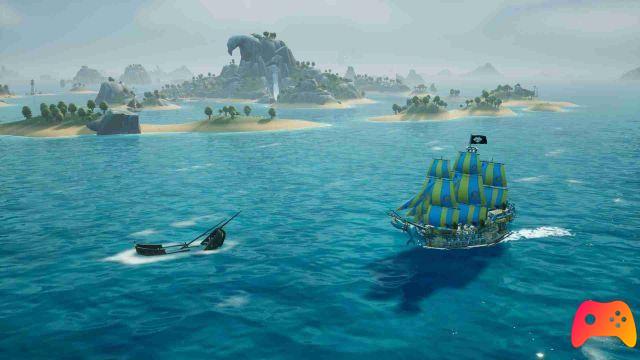 While navigating the game map it is easy to come across enemy ships and if during the early stages it is better to avoid any clash, after some precautions made to the ship, shooting down enemy ships with broadsides is fun and never too complicated as long as you get familiar with game controls. To sink the boats of others, you have to aim for the hull and hope that the enemy artificial intelligence is not so reactive to turn, thus avoiding the attack, since it is well programmed and able to adapt not only to the player's level but also to his way of play in battle.

During the main quest the player will find himself facing a series of missions of various kinds and never too repetitive. Although at the beginning of the adventure we are introduced to the game with a series of missions with simple objectives, as the story progresses these will be able to offer a stimulating and never boring gaming experience thanks to the general freedom offered and the procedural generation of the game. island, which changes from time to time each time the game is started, thus removing all sorts of references from the player. 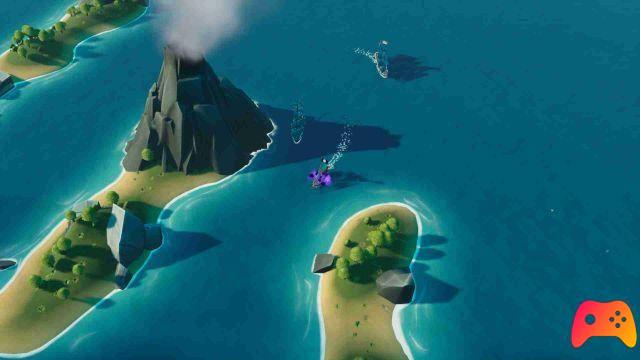 The game adventure can be completed between 12/15 hours but thanks to several side quests the entertainment gives extra hours, especially to those who want to complete the production of 3DClouds at 100%. We are confident that the team in progress will be able to introduce additional material via patches or DLC, because we are convinced that continuing to explore the seven seas with new extra content can be really interesting. The work done by 3DClouds is truly masterful: the team has managed to adapt the technical component of King of Seas on all devices without major compromises. Playing the title on Nintendo Switch or on PC (via the PlayStation and Xbox consoles) is an enjoyable experience: the title is usable in the same way without tripping over graphics bugs or other technical problems.

The game view is isometric, although at first it may surprise, it manages to put the player at the center of the action thanks to the possibility of keeping a large part of the game map under control. The narrative part of the game is handled by light and light-hearted dialogues that lead the player to unplug from those more challenging titles. 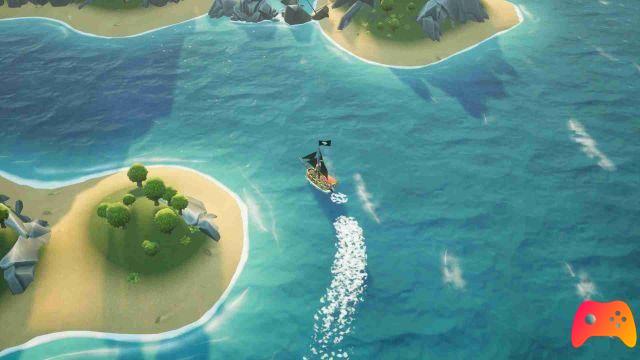 During our adventure we were in the company of a light soundtrack but at the same time faithful to the pirate genre of the title. The music tracks that accompany the player during the journey are perfectly integrated with the game environment that he is facing, allowing the player to immerse himself even more in the heart of the 3DClouds adventure.

King of Seas is entirely localized in Spanish as regards the textual part.

3DClouds has managed to package a light, satisfying and at the same time fun product, especially for all fans who love the pirate genre. Our adventure with King of Seas ended after about 18 hours but the title, given its open world nature, is able to guarantee several extra hours if you want to dedicate yourself to pure completeness. King of Seas managed to entertain us thanks to its light-hearted and never too serious style and therefore we certainly recommend it to all those who are looking for a light title and especially to those who love the genre.

► King of Seas is an RPG-Adventure-indie game developed and published by 3DClouds for PC, PlayStation 4, Xbox One and Nintendo Switch, it will be released in 2021

Do you want to be an expert and know all the tricks, guides and secrets for your video games? Epictrick.com is a group of video game enthusiasts that want to share the best tricks, secrets, guides and tips. We offer the best content to be a source of useful information, so here you can find guides, tricks, secrets and tips so you can enjoy your games to the fullest. Are you ready to get all the achievements of that game that you resist so much? Enter and enjoy your favorite video game to the fullest!
King of Seas, release date revealed ❯