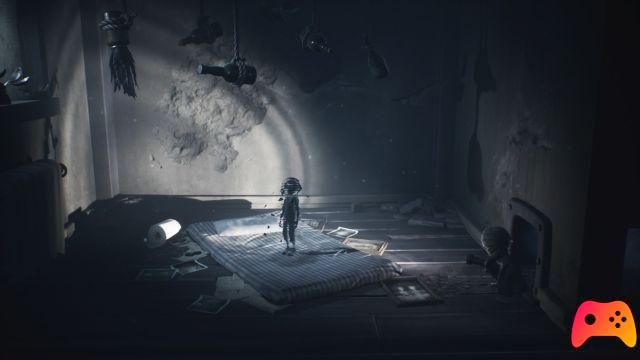 In search of the mysterious figures

In Little Nightmares 2 there are hidden figures with the appearance of dark children called ghosts or even glitches, which Mono will have to "absorb" by touching them. Finding them will unlock various trophies: one bronze for each of the first four chapters of the game and one gold if you manage to find them all.

But carrying out this feat is not easy, since some of them will be well hidden. Here is the complete list of the positions of the ghosts of Little Nightmares 2.

When you get to the pit from which you have to climb up the planks of the fallen bridge, head instead towards the lower part of the screen and continue walking to the right in the shadows, you will discover an underground passage that will take you into a small cave containing the first of the ghosts. 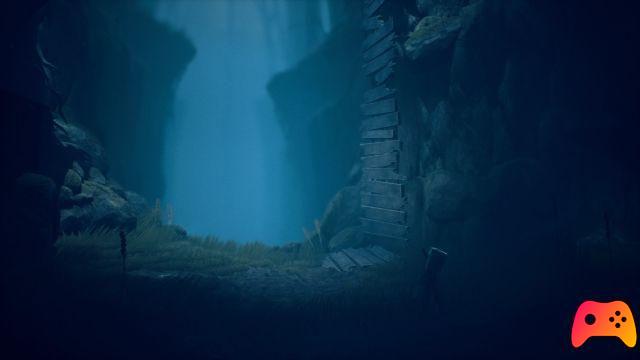 After having blown the trap with the stick, and after having descended along the hollow trunk, before continuing with the second stick, go to the left and crouch down; you will pass under the trunk and discover another cave with a ghost.

After exiting the hunter's house you will find yourself in the back yard, where you will see an outdoor bathroom recognizable by the heart carved on the door. Approach and Six will position himself to pull you up and climb towards the handle. After opening the door, go inside and climb up to get the ghost. 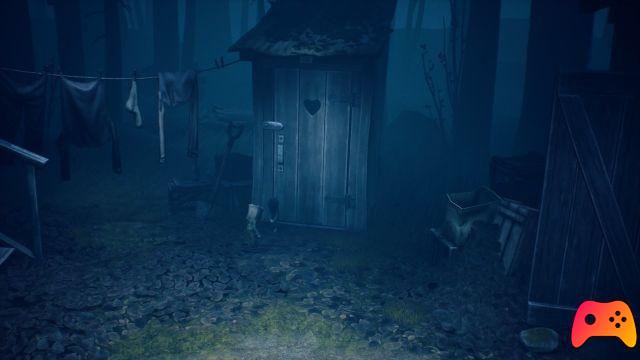 This is Little Nightmares 2's first fully overt ghost. After having escaped from the hunter and having made the crossing at sea on the wooden door, on the riviere in front of the door it is possible to find a television and next to it a ghost. 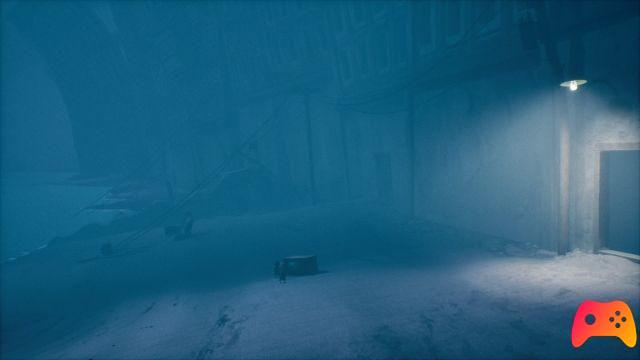 
In the first dilapidated building with the televisions hanging from the ropes, after rejoining Six on the stairs, before continuing on the broken wooden plank head left (i.e. where Six came from) and next to the hanging television you will find the ghost. 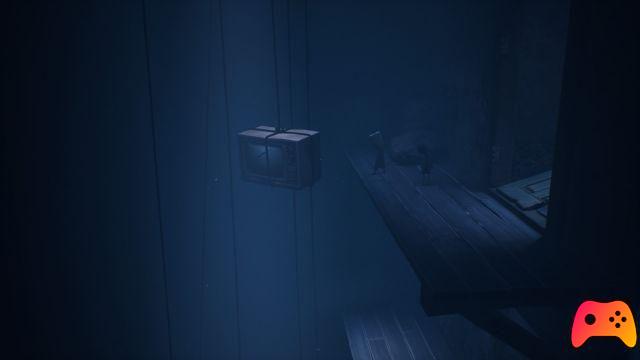 In the courtyard in front of the school, go upwards past the entrance to the building and continue to the corner on the right. The ghost is located in front of the box positioned under the windows. 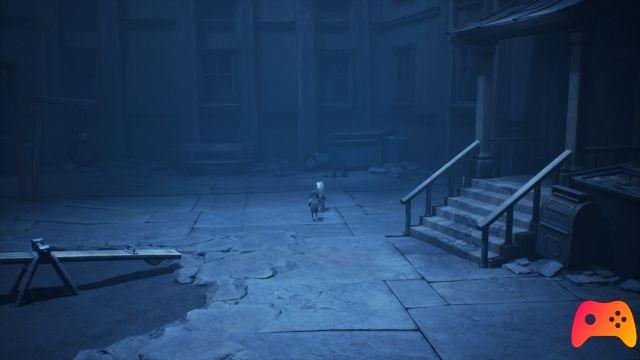 Inside the school, after Six is ​​kidnapped, you will have to pass the 2 pupils and go through a door by climbing into a chair. In the next corridor, open the third locker from the left and enter it to get the ghost. 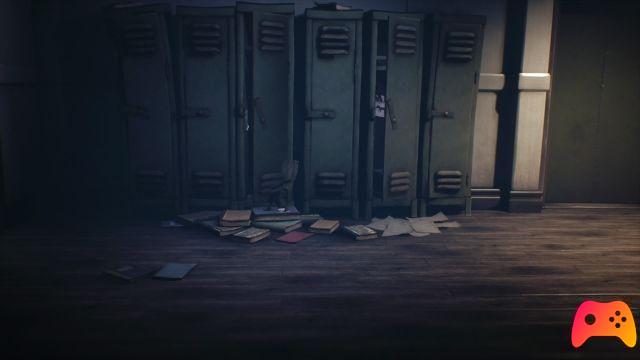 In the main hall, go up the grand staircase at the fork turning left, continue down the corridor approaching the camera and next to some bottles you will find a ghost sitting on the edge under the broken wooden handrail. 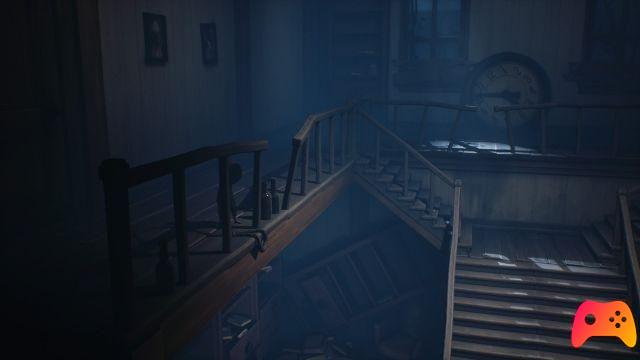 Immediately after entering the kitchen go down the stairs and you will see the tall dish trolley on the left. Move it aside and, before climbing it to continue, head left through the door instead. In the room you will find the body of what looks like a cook or janitor, climb on it to get on the cabinet and you will find the ghost. 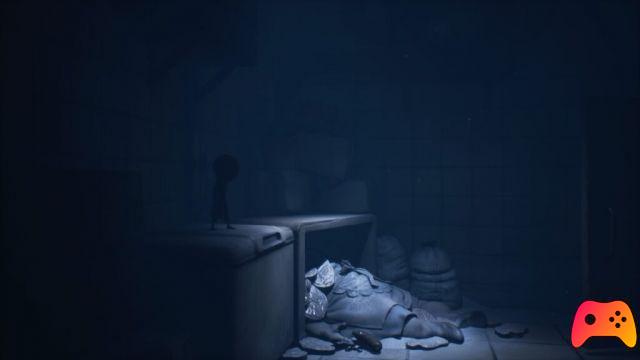 After escaping the school with Six, proceed down the rainy streets, cross the chasm on the wooden plank and use the dumpster to reach the ledge. From here continue to the right until you see an alley in the upper part of the road, follow it and you will find a ghost next to a paper boat. 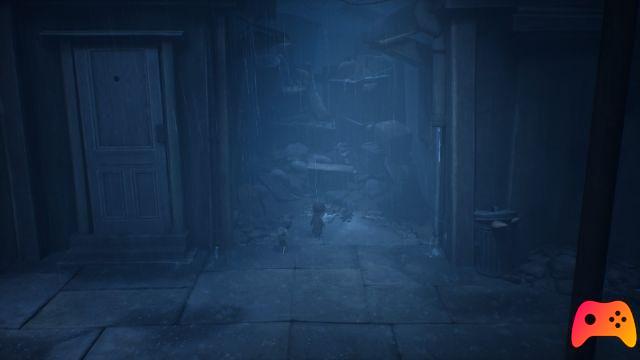 In Little Nightmares 2 after entering the hospital and finding the flashlight, continue to the right to find yourself in a completely dark lane, where you will have to orient yourself by making yourself light. Before continuing to the right, go up and you will find a ghost waiting for you in the shadows next to a cart. 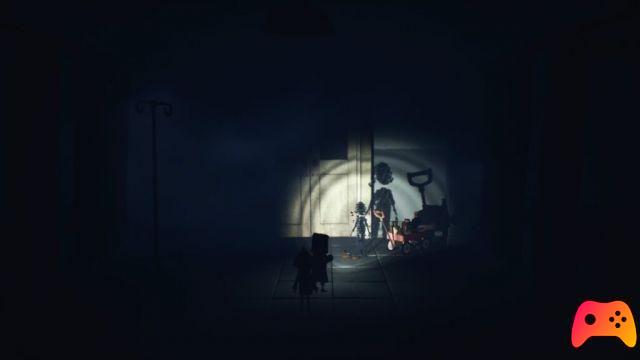 After finding the key by burning the stuffed toy, you will come to an operating room with various doll limbs hanging from the ceiling. Going out on the right you will find yourself in a dimly lit corridor, with shelves full of other parts on the sides of the walls; you will find the ghost following the corridor upwards. 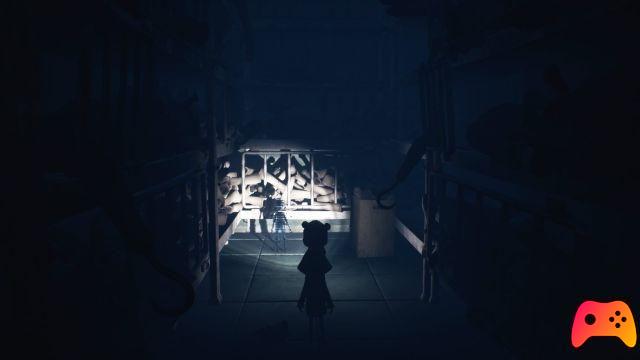 After passing the first patients by blocking them with the flashlight, you will find yourself in a hospital cell, exit the door and you will have reached the corridor with the doors of the other cells on the sides from which a myriad of hands will come out to avoid. Before taking it towards the bottom of the screen, however, head upwards instead, towards the closed gate. Behind the open door from which you came out, in fact, you will find an opening in the gate on its right side; go through it and then enter the door on the left. The ghost is in the room sitting on the edge of a hole in the floor. 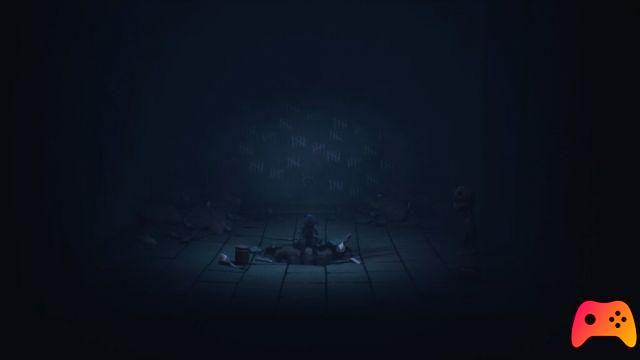 In the shower room with the soapbox in the center, head to the upper left corner and you will find another chest, move it and behind it you will find a conduit. Go all the way to get to a room with a bathtub and a ghost. 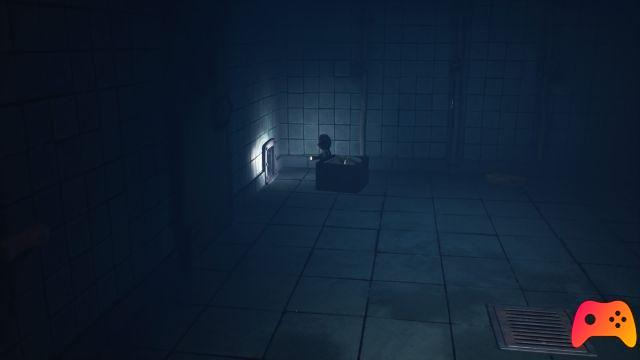 Exit the first building and you will find yourself in front of a rainy road to cross. Instead, go up following it and near the stairs of a house you will find a hole in the floor. Go around it and approach it from the top, so you can cling to the ladder that will allow you to go down inside. Keep going down until you get to the sewers, where you will find yet another ghost sitting on the edge. 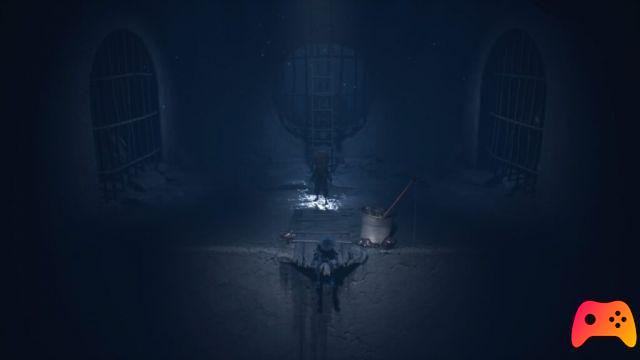 In the room above the elevator you will find a chest on the left wall, move it and enter the shaft behind it. You will come to a room with a mattress on the floor, in the center of which will be the ghost. 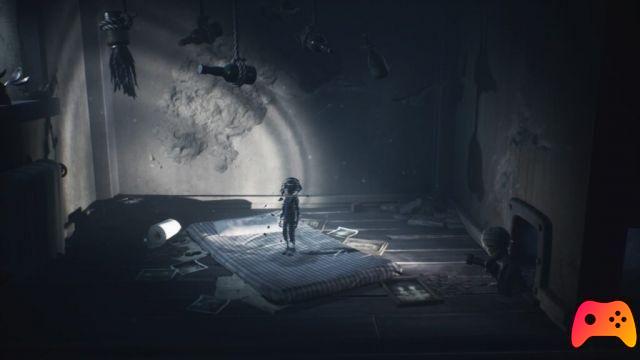 As you progress through the city you will find yourself in a rooftop area where you will have to climb the side structure of a canopy to continue. Instead, go under it, climb over the chest and jump to reach the window; you will find the ghost inside this room. To get out you have to drag the cage to the ground near the door, climb up and grab the handle. 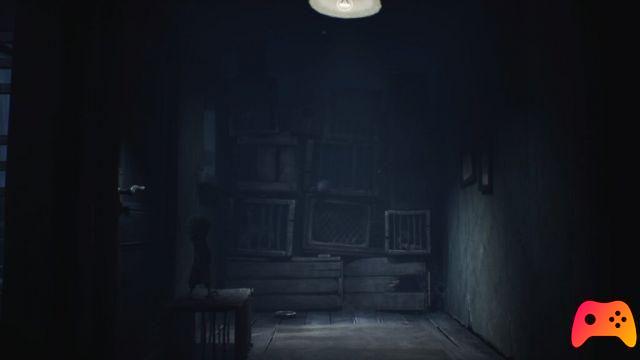 After using the crutch attached to the cable to go from one building to another, instead of continuing, exit the window you just entered and walk up the canopy up past the air conditioners on the wall. Jump to reach the window and enter the room with the sofa and chest of drawers, in front of the door you will find the last of the ghosts. 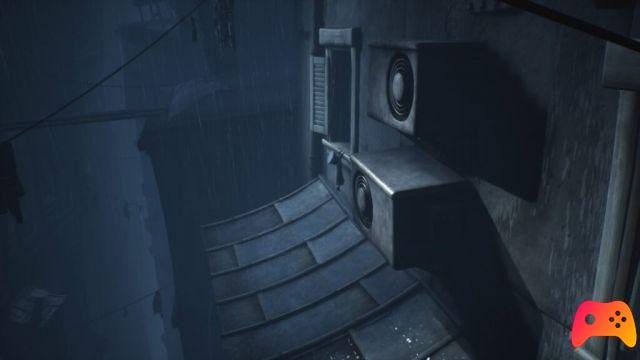 Once you have taken all the ghosts of the game you will not only receive the trophies necessary to obtain the Platinum, but by reaching the epilogue of Little Nightmares 2 you will unlock a hidden ending. This is an additional scene to the normal ending that shows an important connection with the first Little Nightmares.

The best guides on Little Nightmares 2

Do you want to be an expert and know all the tricks, guides and secrets for your video games? Epictrick.com is a group of video game enthusiasts that want to share the best tricks, secrets, guides and tips. We offer the best content to be a source of useful information, so here you can find guides, tricks, secrets and tips so you can enjoy your games to the fullest. Are you ready to get all the achievements of that game that you resist so much? Enter and enjoy your favorite video game to the fullest!
Little Nightmares 2 - Hat guide ❯

The Walking Dead: A Telltale Games Series - Complete Walkthrough - Episode 4: Around Every Corner

World of Warcraft: Battle for Azeroth is the best expansion to play on both sides

Tom Clancy's: The Division - Surviving in the Dark Zone

Add a comment from Little Nightmares 2 - Ghosts and secret ending