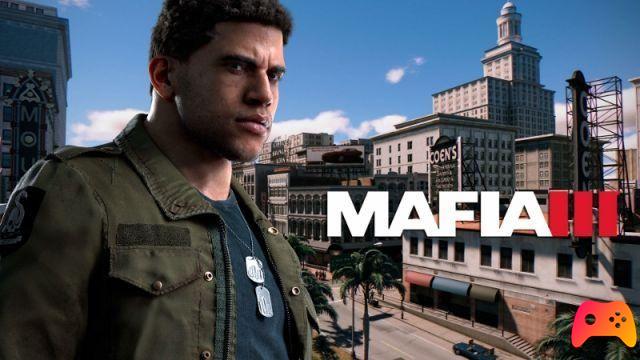 The bunnies return to Mafia.

Within the city of New Bordeaux it will be possible to collect a total of 50 Playboy magazines. Many of them can be found in various homes, offices and various shacks, while others will have to be found in the narrowest places of Mafia III.

In the following image you can see the precise position in which to recover them. By scrolling further down you can get a detail of the individual magazines, classified by year. With the help of the map and information below, retrieving all the magazines should be a breeze.

However, for further clarifications we will remain at your disposal: 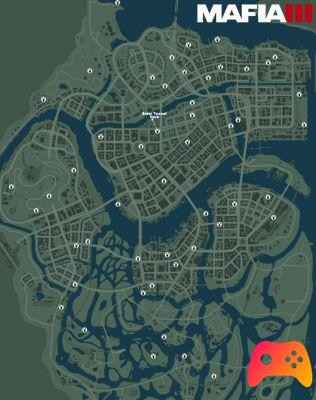 1966 August - In the back office of the Everyday laundry.

November 1967 - In the dilapidated green house, on the desk in the living room.

July 1964 - Inside the Bayside Expeditions, in the warehouse office.

June 1966 - In the Fresh Crab Shack kitchen, on the table behind the wall.

February 1966 - On the second floor of the department store, on the wooden table.

May 1966 - While trying to kill Stitch, during Union Extortion Racket, go to the stairwell of the ruined building and you will find the magazine on the floor.

October 1967 - Go to the River Row slums and enter the shack with two gardens. The magazine will be on the table inside.

December 1967 - Follow the river south and enter the house with the porch. The magazine will be on the wooden chair in the first room of the house.

1967 August - In the small green house next to the two-story one.

November 1965 - In the small house under the district highway.

September 1968 - In the two-story warehouse, near the large windows.

1965 August - In the small building next to Bever's Moonshine, on the black sofa.

October 1965 - In the Pointe Verdun Police Station. Use Zemis if you get stuck. The magazine will be in the small shed in the plant parking lot.

January 1964 - In the large shipping garage, on the table behind the truck.

February 1964 - In the porch cabin of another shack on the hill.

January 1967 - In the Auto Service Center, on the office desk.

November 1966 - Enter the sewers through the tunnel in the river. You will find it on the small workbench.

June 1967 - Under a palm tree, in the flowerbed surrounding the park monument.

April 1965 - Behind the Shaker Jazz Club. You can enter it during the Cavar mission.

December 1964 - Inside the garage on the waterfront. On the desk inside the office.

July 1962 - In the square building to the left of the construction site, opposite the Bayside building.

1962 August - Inside the trailer near the construction site.

April 1967 - In the small house with the veranda near the lake.

October 1968 - Go up the stairs of the great Duval Lookout tower. The magazine will be placed on the wall above.

March 1967 - In the two-story warehouse, on the table next to an umbrella.

March 1965 - In the big house with stairs leading to a scaffold. You will find it near the deckchairs, on the ground.

September 1965 - In the small shack in the neighborhood.

February 1967 - In the house with the green garage, on the workbench.

April 1961 - In the neighborhood's two-story warehouse.

March 1966 - On the second floor of the Pearl Diver Motel.

December 1967 - Reach the three buildings connected together by the internal staircase. The magazine will be on the top floor of the central building.

June 1968 - In the building that overlooks the water's edge, on the work table.

1968 August - In the dilapidated Bayou shack, on top of the bedroom dresser.

March 1962 - In the abandoned shack, the one with many alligators near it.

Other guides by Mafia III

add a comment of Mafia III - All 50 Playboy magazines