E3 2021 that has just ended has brought with it many doubts, but also many certainties. If several titles have appeared too "mysterious" or in any case lacking a launch window, or perhaps not exactly close to the arrival on the shelves, many others have already proved to be beautiful and ready. Among these it certainly stands out Monster Hunter Stories 2: Wings of Ruin, title shown both during the much discussed Capcom conference and - and above all - during that of Nintendo and due out in the coming weeks.

Lo spin-off in salsa JRPG exclusively for the Nintendo Switch promises to give players many hours of fun thanks to a peculiar gameplay, a much more interesting and layered story than it might seem and an aesthetic style that is in some ways unmistakable.

All these elements seem to have the potential to make the overall experience of the highest level and the sensations transmitted so far are decidedly positive.

Waiting for the official release, scheduled for next 9 July, let's try to analyze together the most important elements of the production, to be explored with the public Demo that will be made available in the coming days, and especially in the review phase, when we can try with hand the actual quality of the complete product.

A story for all tastes

A terrible prophecy is destined to befall the world. The thematic plot of the production is based on these dark but at the same time fascinating narrative premises, which seems to want to amaze the public with a decidedly more “mature” and precise story than in the past.

Monster Hunter Stories 2: Wings of Ruin revolves around the mysterious disappearance of the Rathalos (among the most beloved creatures of the main series), whose anomalous behavior has sent worrying signals that should not be underestimated. The protagonist of the story comes into contact with the young woman Ena, a Wynvernian who holds a very precious Rathalos egg, object of the desire of different factions precisely because of the strong connection with the prophecy we have mentioned earlier. 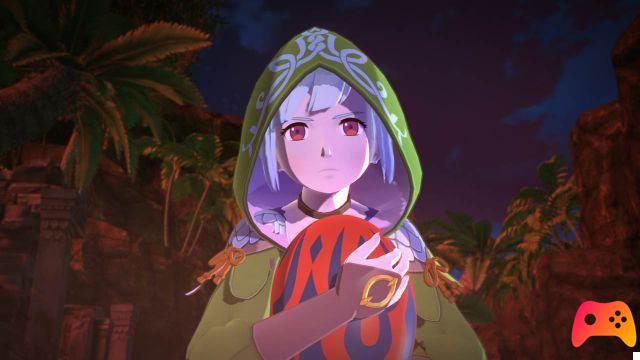 As can be easily understood, the egg is destined to hatch thus giving life to a series of chain reactions linked to the various forces at play. The task of the protagonist, flanked by the young Wyvernian Ena and a very interesting and colorful cast on paper, is therefore to set out in search of answers related to the nature of the prophecy, defending the little Rathalos from numerous enemy assaults, destined to play a fundamental role in the prophecy and, consequently, in the potential "end of the world" foreseen.

On these narrative bases opens a story that seems to have all the credentials to make the fans of the brand happy, but also and above all of those of the JRPG in general and, why not, of the lovers of Japanese anime. Monster Hunter Stories 2: Wings of Ruin, although not exactly original, makes that style typical of the productions listed above its points of greatest interest, and we can't wait to find out how, for how much and in what way the story will expand before the player.

The most intriguing and decisive aspect in the overall evaluation of this Monster Hunter Stories 2 Wings of Ruin is undoubtedly that linked to the gameplay. Capcom has clearly shown that the title will re-propose for a good part of the experience the same dynamic visits in the first chapter of the saga, dynamics that are deeply linked to those of a classic turn-based JRPG but which in any case promise several very interesting goodies.

The focus of the game certainly remains exploration, which never as this time seems to be one of the main aspects of production. The vast lands shown during the first gameplay videos, which can be explored both on foot and on the saddle of the many creatures scattered around the game world, seem full of secrets and loads of things to do, thus underlining what seems like a great job done in terms of playful construction by the development team. 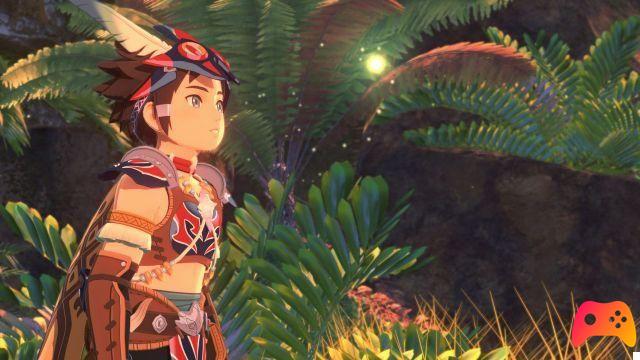 It is clear, however, that the exploration factor is deeply linked to what is the other main aspect of the title: the combat system. Once you have engaged in battle with one of the many creatures scattered around the vast game world, what is ultimately a classic turn-based role-playing game opens up before the eyes of the player, which does not disdain the presence of some peculiar characteristics.

Once you have chosen the best weapon based on the fight and above all on the type of monster you are facing, the player and his Monstie (the miniature creatures accompanying him) they can fundamentally launch three different types of attacks, related to three different "types" of assault: Power, Speed, Technique. The choice of the correct attack input at the right time, combined with the possibility of chaining the same attacks together with the Monstie that accompanies us in battle, gives the game a strategic depth in battle that should not be underestimated, this also due to the more classic system of weakness and resistance of creatures, to always keep under control. 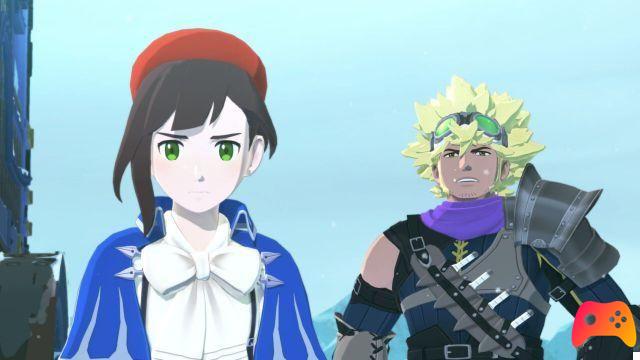 Added to this is the interesting mechanics of the specific target, a dynamic that is certainly not innovative but no less intriguing. A bit like seen in productions such as The Surge, it is indeed possible hit certain parts of the monster's body, each of them able to offer the player a specific reward. 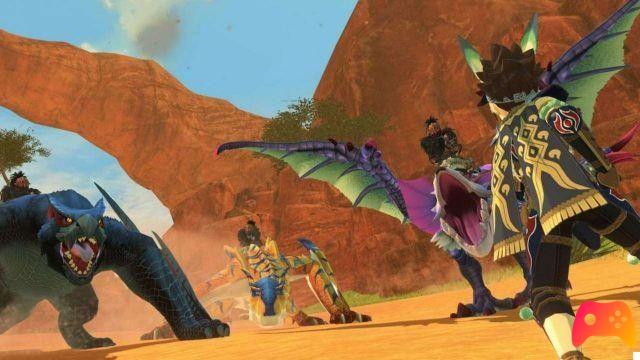 This clearly provides a greater and more sophisticated dynamism and strategic depth, which we are sure will be able to play a fundamental role in the approach to battles and in the management of resources for a large number of players.

All without forgetting one of the potentially most interesting innovations of the new chapter of the series: in Monster Hunter Stories 2: Wings of Ruin it is possible to count on the so-called Companions in Battle. It is simply our allies, who now have the opportunity to take the field, supported by their Monstie, in order to actively contribute to the cause. This detail opens the door to a broader and more layered combat system, which we will still have the opportunity to explore at best in the review phase.

As mentioned above, exploration is certainly one of the most interesting and central aspects of production. And it is good, since two other factors of primary importance of the project are bound to it: the aesthetic sector and the multiplayer element. Capcom has opted for the creation of vast maps (and splendid to see, but we will be back) and above all full of secrets not only designed for the single player, but also for the mode Multiplayer, which thus lives of a decidedly interesting depth and longevity. 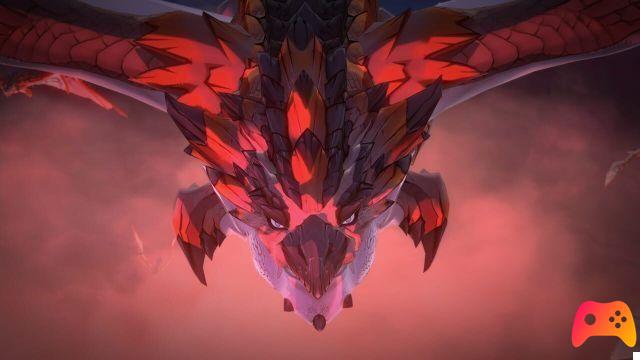 Monster Hunter Stories 2: Wing of Ruin seems to want to focus heavily on this factor, even separating it into cooperative and competitive multiplayer. In the first case, after unlocking certain passes, it will be possible to enter specific sessions, with maps designed specifically to be explored and gutted together with friends or players from all over the world. In reality we have already seen this also in the previous chapter of the saga, although here it seems to have a more central role and above all it seems to enjoy a greater specific weight, also considering the presence of different "original" creatures, that can be faced only in coop and that shouldn't go around the single-player game world. 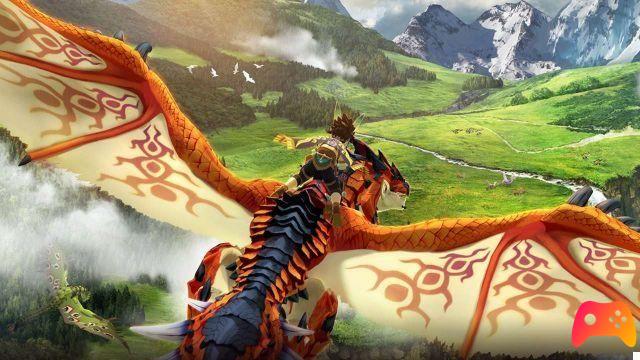 Simpler but equally intriguing is the competitive mode. Four players, divided into two teams of two, clash in the so-called Challenge Battles, characterized by a level of difficulty and a type of battles that can be customized in practically every aspect and able to offer a very pleasant variation on the theme between a battle and the other.

And, to conclude, we want to briefly return to the discussion on the splendid lands that characterize the game world. To see, in fact, this Monster Hunter Stories 2: Wing of Freedom is a feast for the eyes and has already convinced us, thanks to a refined and meticulously harmonious aesthetic style.. Even without any kind of technical miracle, the vast game world appeared to us alive, deeply linked to an explosive and fascinating chromatic sphere, enclosed in what seems a setting halfway between fantasy and the stylistic influence of the most ancient times. . The Japanese anime style does the rest and the various "conversions" of the most famous creatures of the saga have always made us smile halfway between admiration and sincere curiosity.

Added to this is a general stability, which we can't wait to put to the test definitively when we have the complete game in our hands but which already for now seems to have the potential to guarantee the title an enjoyment of the highest level.

Monster Hunter Stories 2: Wings of Ruin seems to have all the credentials to be a real hidden gem of this 2021 videogame. A turn-based combat system but full of important strategic elements, a sublime aesthetic and what seems a quantity of content (both in single and multiplayer) at times overwhelming are just some of the strengths of a production that seems to want to amaze from all points of view. Waiting to refute any doubts on the depth of the narrative and on the longevity in general of both the game mechanics and the game universe itself, the aspects most shrouded in mystery so far, we still feel very confident about the success of the final product, called to repeat in some way the great success of Monster Hunter Rise a few months ago and above all to definitively consecrate a saga that is still too harnessed within its boundaries and which deserves more luster.