Rays of the Light - Review

Review for In Rays of the Light. Game for PlayStation 4, Xbox One, Nintendo Switch and PlayStation 5, the video game was released on 17/03/2021

The panorama of walking simulators, a genre that approaches graphic adventures both for the narrative imprint and for the presence of puzzles, is enriched with the release of In Rays of the Light, a remake of the 2012 title The Light, by Sergey Noskov. The Russian developer is undoubtedly a crystal clear example of an independent studio, since the credits of his work are limited to only two names: his own and that of the composer Dmitry Nikolaev.

In Rays of the Light, known on PC simply as The Light Remake, therefore also arrives on the Xbox Series X, a few months after the release on the other platforms. Will the title be able to properly exploit the peculiarities of the Microsoft home console?

Let's start immediately by answering this doubt: In Rays of the Light it is not currently able to take full advantage of the technical features of Xbox Series X both at a purely graphic level and for advanced features such as Auto HDR and Quick Resume.

On the first component we can safely put a stone on it because the source of the title does not allow great technical upheavals while for the other two we should probably wait some time for them to be integrated. However, that of the Quick Resume remains a lack that is felt more by reason of a title that does not provide for manual saves to instead favor a system of meager checkpoints. 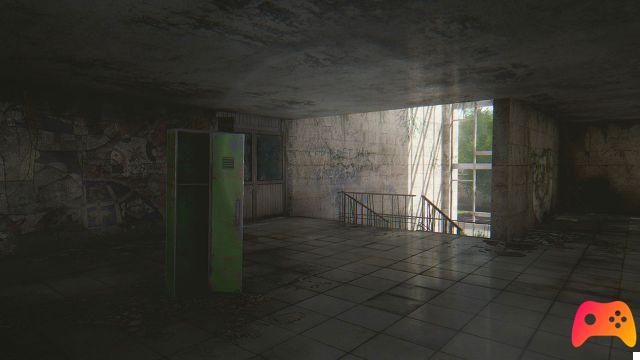 We are faced with a walking simulator which, as usual, focuses the gaming experience on the exploratory and narrative component. That's why waking up in a dilapidated building, ostensibly a school or university, with no memories or clues as to the reason for our presence is an absolutely intriguing opening: it will be up to the player to reconstruct the background and understand what happened to you between philosophical and moral reflections.

The only clear element immediately is that the present is characterized by a society that has gone into ruin, as can also be seen from the short introductory film, but the reasons that led to its collapse can only be clarified by entering the abandoned buildings and recovering diaries. and various documents. The narrative therefore takes its first steps in an interesting way, thanks to the curiosity that flows from an incipit of this type, but the lack of characters (the protagonist himself is essentially an anonymous alter ego, ed) and greater narrative background if from a high they increase curiosity, on the other hand they risk losing a good part of the identification and empathy that titles of this type would require. 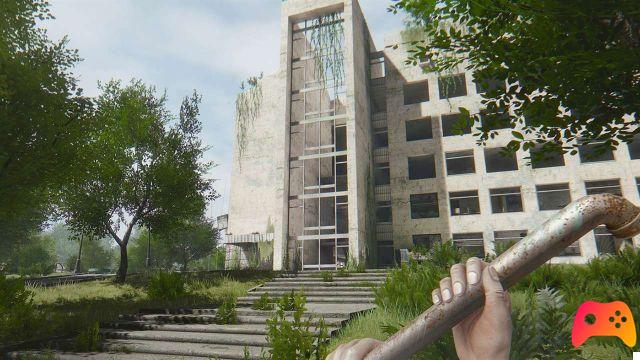 Narration and exploration are not the only elements on which you want to support the structure of In Rays of the Light: there are in fact some puzzles to solve in order to open new paths and progress in the short but intense gaming experience. The title of Sergey Noskov can in fact be completed in about 1 or at most 2 hours of play, depending on the player's experience with this branch of graphic adventures, but the puzzles in this case will not increase longevity substantially.

In fact, most of them will focus on the recovery of a key object through exploration, while the few more "complex" puzzles will prove to be mostly unclear, accompanied by nebulous clues, and will soon make the player fall into unbridled backtracking in search of some details overlooked previously. It's clear how In Rays of the Light bases its entire gaming experience on exploration and storytelling thanks to the short interludes and the few recoverable documents wandering around the abandoned structures, but the gameplay really suffers from the lack of a greater variety of interactable objects, documents and more intriguing puzzles.

Graphically, the work done by Sergey Noskov with Unity (the same graphic engine used for the original The Light) is all in all pleasant, albeit far from the productions intended for the new generation of consoles and PCs.

However the rest of the technical sector proves to be limited and limiting above all due to a marked input lag that, even wanting to fully exploit the power of the Microsoft console, would not be able to find benefit in a higher framerate. Here then is that looking around will be difficult and uncomfortable, as well as being able to interact with the few objects and structures prepared, making the playability limited and at times frustrating. However, the other technical sector par excellence thinks about saving what can be saved: in fact the audio sector proves to be discreet and enriched by the soundtrack composed by Nikolaev, whose few songs are able to return a sense of melancholy that goes well with the general atmosphere of the game. 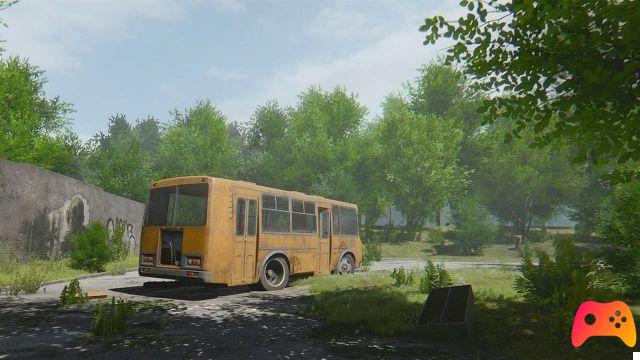 In Rays of the Light is an indie walking simulator par excellence and although the message that Noskov wanted to convey is commendable, thanks to his inspired narration, it is really unappetizing in terms of gameplay. No doubt some additional interactions, coupled with more inspired puzzles, would have made the game experience longer and more varied. While on the narrative front, if on the one hand the thirst for knowledge will lead us to moments of reflection and introspection, on the other with the anonymity of its protagonist you will soon risk losing that empathy and that identification that make titles unique. of this type. On the technical side we see a good use of unity while the game controls are really not very refined and afflicted by an annoying input lag. Fortunately, on the audio front we are witnessing an appreciable work that manages, in part, to mitigate the technical defects. Between ups and downs, ultimately In Rays of the Light is the classic independent title that presents itself with good premises but gets lost along the way, resulting in a product that is not suited to satisfying the palate of the most demanding players.

► In Rays of the Light is a Puzzle-Adventure-indie type game developed and published by Sometimes You for PlayStation 4, Xbox One, Nintendo Switch and PlayStation 5, the video game was released on 17/03/2021

add a comment of Rays of the Light - Review