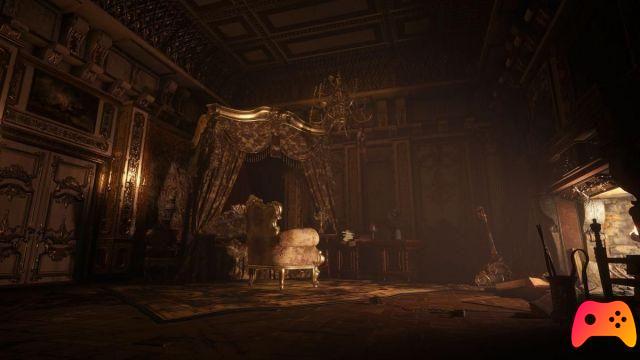 We spent 30 minutes inside the Dimitrescu Castle, to definitively test the goodness of Capcom's next survival horror.

The modus operandi is the same as last week: late night, light off, hype to the stars. This time, however, we do not go on a tourist trip to the village, this time it is serious: we are about to enter for the first time (second for those who have played Maiden on PS5) in the Dimistrescu castle as Ethan, in the highly anticipated Castle Demo by Resident Evil Village. 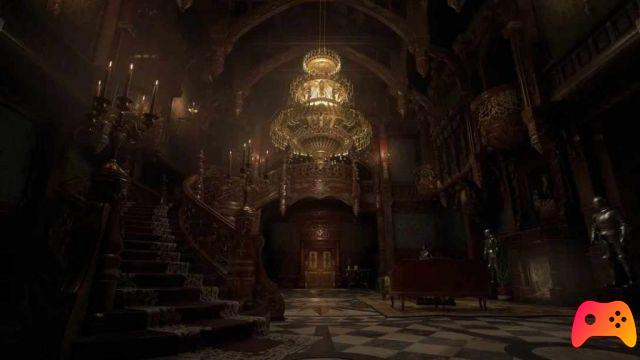 Obviously, all the good things we have already written about the Village Demo are confirmed a few days ago: the virtual direction, the construction of the environments and the general feeling of bewilderment given by the dark and oppressive atmosphere are always present, and help to restore that feeling that is not so much fear, but rather - let us pass the French - of real fearful executioner.

If in the Village Demo we had only been able to test the goodness of the interior design for a few minutes, in the Resident Evil Village Castle Demo the RE Engine finally flexes its muscles, revealing to us the interior of the Dimitrescu residence which, without a shadow of a doubt, is exactly as we expected it: wooden floors, carpets, frescoes, period furniture ... in the Castle "too much" reigns supreme, with a sumptuousness that it only heightens the player's feeling of being out of place, of having to flee before something tragic happens. Obviously opening the main door and leaving is not an option: primarily because, as the summary on the loading screen reminds us, Ethan is in the castle looking for his daughter Rose; secondly, doors and windows are obviously barred, and a few minutes of exploration are enough to understand how it will be necessary to sift through the various rooms inch by inch in order to find passages, unlock doors and find useful objects to solve the puzzles that will allow you to continue in the adventure.

Wanting to find the "negative" side of the Resident Evil Village Castle Demo, we can only report that much of the setting was already known, as it can be explored in the aforementioned Maiden demo. However, it is true that in that case the story was set in the past (perhaps?), And that the experience offered nothing but twenty minutes of exploration in which to test the goodness and variety of the settings. In this case, some fundamental elements are added to the experience: the meeting with the merchant, for example, takes us back to Resident Evil 4 and allows us to take a look at the offer of consumables, ammunition and objects to which we will have access during the game.

Then there are the clashes with the enemies in the dungeons and, on the second floor, the meeting with one of the inhabitants of the Castle able to turn into a swarm of insects, already seen in the previous videos but this time much more intrusive: this is one of the scenes that most of all remind us of the Mr. X of Resident Evil 2 or the Nemesis of RE3, in which we will potentially have dangerous, unbeatable enemies with the normal weapons at our disposal, which will force us to remain on the alert even in potentially quiet areas apparently not populated by threats. 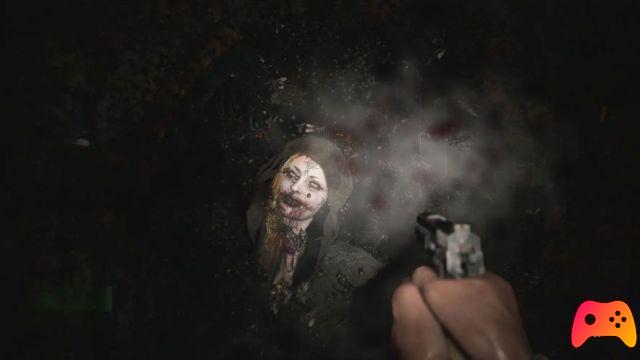 The Resident Evil Village Castle Demo is programmed to close automatically after half an hour of play, exactly like the previous one, but also by pausing to admire the beautiful interiors and the equally surprising lighting effects, you should arrive at the natural conclusion of the experience in just over 20 minutes. Ethan is attacked, falls to the ground, the screen goes dark. For the umpteenth time Capcom offers us the latest trailer released: now we know something more, but we have more questions at the same time. Above all, we can't wait to find out how poor Ethan, after the events of Resident Evil 7: Biohazard, got himself back into such trouble. And then there is obviously the desire to understand the reasons that have - at least apparently - pushed Chris Redfield to join the dark side.


We did not expect these answers to arrive with the Demo, also because now there is very little time left for the release of the full game. However, we are happy that Capcom is not revealing too much, because if the village had convinced us, the castle has definitely conquered us and we are definitely ready to face the first true triple A survival horror of this year in one breath.

Do you want to be an expert and know all the tricks, guides and secrets for your video games? Epictrick.com is a group of video game enthusiasts that want to share the best tricks, secrets, guides and tips. We offer the best content to be a source of useful information, so here you can find guides, tricks, secrets and tips so you can enjoy your games to the fullest. Are you ready to get all the achievements of that game that you resist so much? Enter and enjoy your favorite video game to the fullest!
Resident Evil Village - Village demo tried ❯