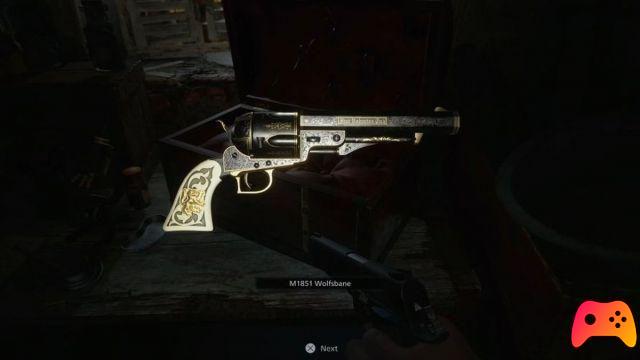 We reveal how to get all the most precious treasures and rare weapons in Resident Evil Village.

Resident Evil Village is finally available, and we at EpicTrick, after having told you about it in our review, have explored the length and breadth of the game map to find all the rarest treasures of the game. In this guide we reveal how to collect them all. At some point in your Resident Evil Village adventure, the Duke, the burly new merchant, will mark all the rarest treasures in the game on the map.

In some cases these are weapons, in others objects of the highest value, which you can resell to the Duke himself to spend the proceeds on other useful items or upgrades for your arsenal.

In order to access this treasure you must first have completed Donna Beneviento's house. Once out of the mansion, check the garden directly in front of the house until you reach the typewriter. Next to this will be the luthier's key, a key with a small cello as a keychain. 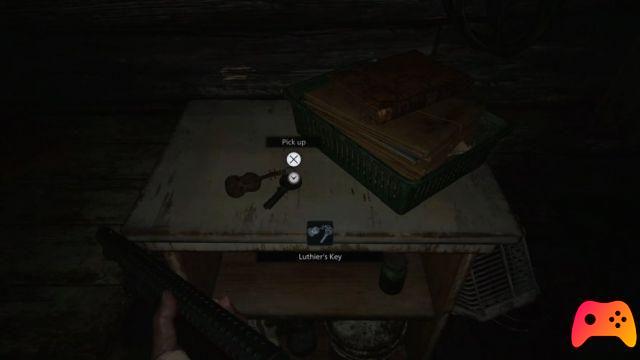 Go back to the village and use the key to access the luthier's house (you will find it marked on the map in the southern area of ​​the village). Inside you will find a combination lock. The solution to the riddle is in the documents inside the house: enter 27/09/17 and you will have access to the increased magazine for the sniper rifle. You will also find a statuette, which you can resell to the Duke. 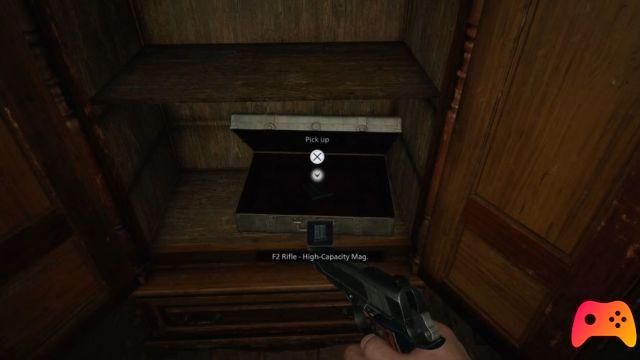 This treasure is also near villa Beneviento, but you can only access it after completing the relevant game section and getting the better of Donna. On the path to the house is a doll-covered tomb. By exploring it, you will notice that part of the tombstone is missing, which you will need to complete to access the treasure. 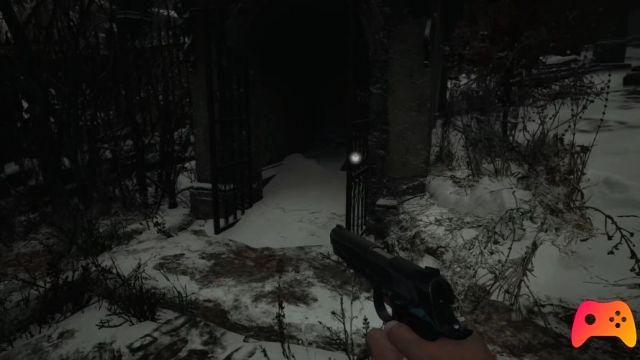 Go back to the cemetery in the village, the one on the left that you will surely have explored before opening the door that leads to Lady Dimitrescu's castle: among the tombs there was a first one barred, which will now be open. Inside the small crypt you can collect the missing piece of tombstone.


You can now go back to the tomb near the Beneviento house - watch out for the enemies that will block your way - e use the headstone to open the tomb and collect the treasure, a chalice that the Duke will pay you dearly. 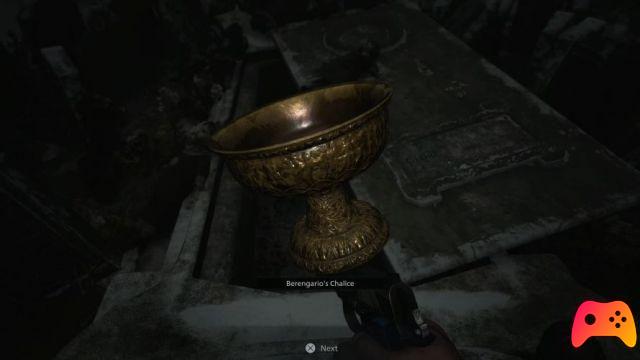 Also after completing the Beneviento house, return to Luiza's house, the one where you climbed up to the roof to escape before she was devoured by the flames. You will not be able to reenter the house, now destroyed, but you will find a small chest on the steps of the entrance. Open it to collect the pendant, and then examine it to collect the stone set in it (a crystal to sell to the Duke) and a small key. Now go back to the area where the Duke is, and pass him going towards the place of the ceremony.

Explore the left and right areas with the frescoes until you find another small casket, to be opened with Luiza's key to collect (and resell a moment later) a precious chalice. 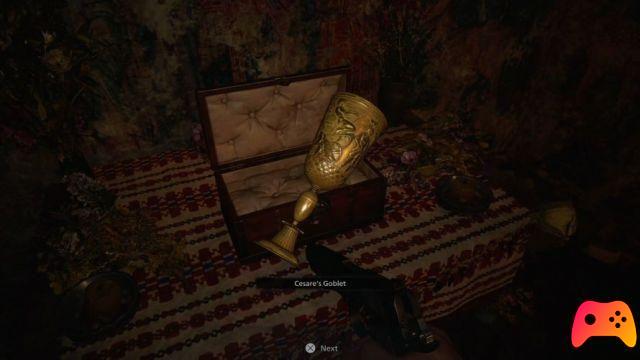 Before entering the Moreau section, use the key you have to reach the eastern part of the village. Watch out for the wolf in the new area and take refuge in the foundations of the houses running from shelter to shelter until you reach the small bridge. Here, instead of continuing on the road, walk into the river following it until you reach the water mill. 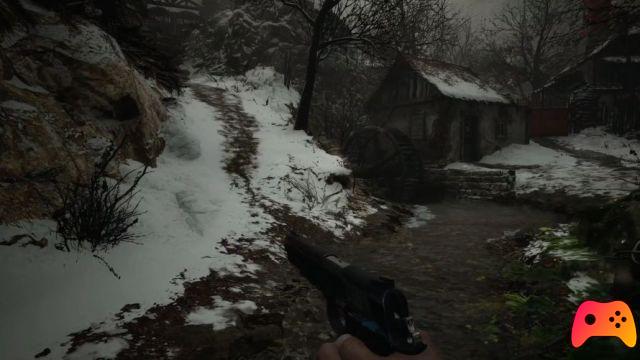 You can open the door using the iron key collected in the Dimitrescu castle by completing the piano puzzle. Inside the mill you can collect the grenade launcher, which among all the treasures of Resident Evil Village is certainly the perfect weapon to make the wolf still out there understand who is in charge. 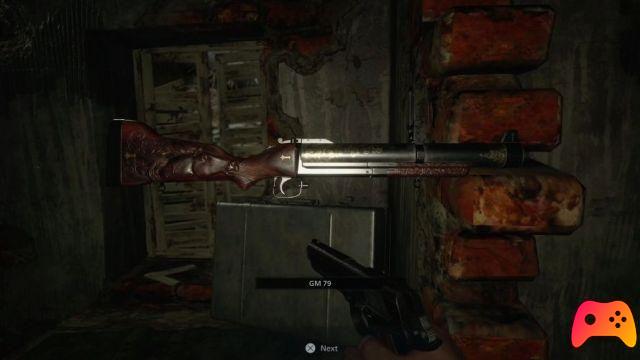 Once you have completed the Moreau reservoir you will return to the surface using the elevator you originally got off with and you will find yourself in a small courtyard. Open the door of Moreau's laboratory with the crank you found by completing the previous game section, and explore the next area by eliminating the enemies until you reach the small building at the top of the hill. To enter you will have to crawl through a hole in the back wall. Inside you will find a lycan and a treasure chest containing the M1851 Wolfsbane Magnum, the most powerful weapon made available by Capcom among all the treasures of Resident Evil Village. 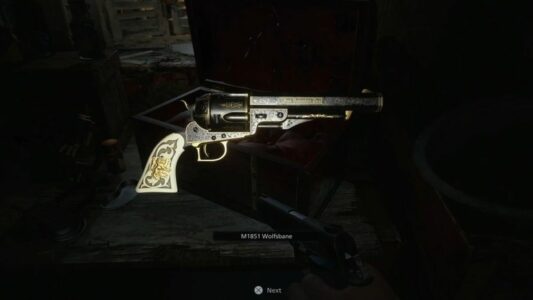 Once you have completed the Moreau section, you can use the crank to lower the bridge after the ceremony area. You can then reach the boat, which you can use to head north and access a small new area with a door that will take you back to the dungeons of the Dimitrescu castle. 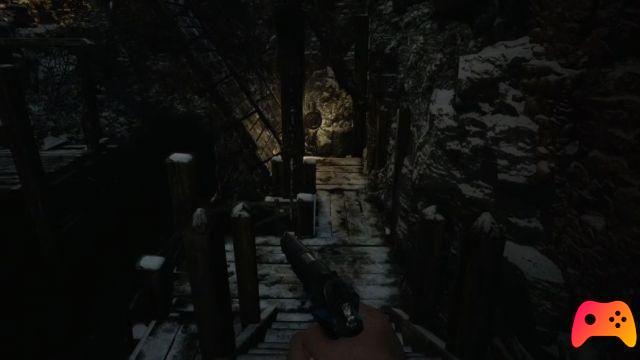 In the new room you will find two doors to open by solving an enigma previously seen in the castle: you will have to swing the brazier hanging until the torches are lit on their respective floor lamps. However, there is a last brazier, at the back of the room, apparently impossible to reach. Staying a few minutes in the area you will find that one by one the enemies continue to respawn by crawling through the hole in the wall of one of the two rooms.

To solve the puzzle you will have to be followed by a zombie and push against the brazier to make it catch fire; then keep following up to the last room at the back, where the enemy will unknowingly light the last brazier allowing you to collect the treasure, a golden statue of Lady Dimitrescu. 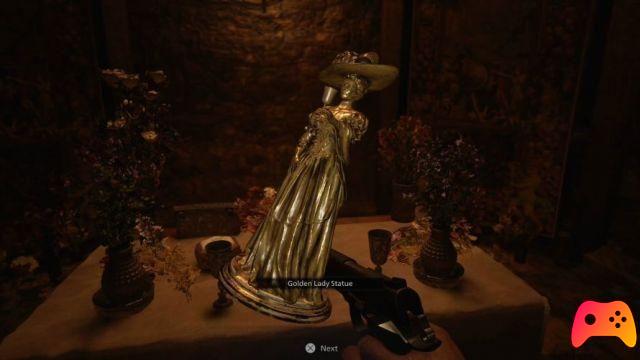 Returning to the village after completing the Moreau section, you will find gods signs posted by Heisenberg that will show you the way to your next goal. Follow them all until the last one, the one with the word "Good luck" before the uphill road. Here instead of continuing go left and go through bushes to discover a new road that will take you to the optional area with Otto's mill. The owner is not very nice or hospitable: once you enter the back door it will take a while for him to discover you, and here you will have to quickly decide how to move. You can decide to face it by keeping your distance and using the explosive barrels scattered around the area to weaken it enough and take it down, or you can test your speed by shooting directly at the three locks on the large red door on the other side of where you entered, to open it and run away. In both cases, do not miss to loot all the meat that you will find in the room just before the exit door, which you can give to the Duke to complete the recipes necessary to guarantee you important upgrades which will then simplify the last part of the adventure.

If you have decided to fight Otto, then, you will certainly have more tranquility in exploring his home. There is also a small altar here where you can collect a golden statuette. The location of the treasure is marked on the map: although the pieces of meat are certainly very useful for the economy of the game, the figurine is the real treasure in this area of ​​Resident Evil Village. 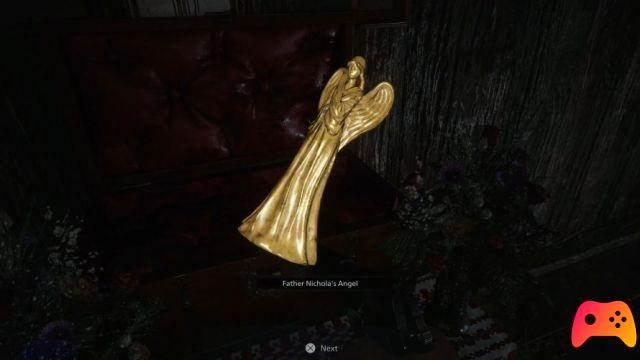 The last treasure is also the easiest to find: after following Heisenberg's signs you will find yourself inside the stronghold. Simply continue through the game by going down to the lower levels of the stronghold until you find yourself in the mining area full of crystals. In this area you will find a plate of gold, the last of the high-value treasures of Resident Evil Village to be sold to the Duke. 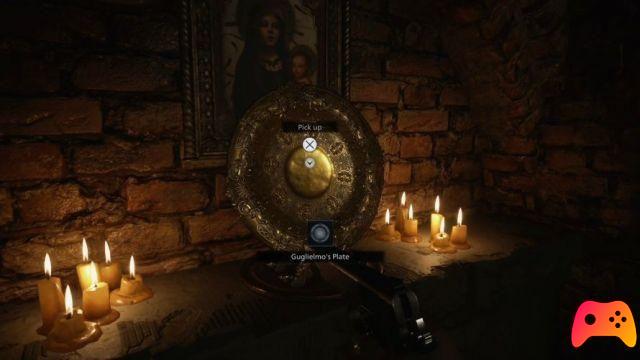 And with this you will have collected all the treasures and rare weapons of Resident Evil Village. There are obviously many other weapons, some of which can only be unlocked in the game start menu before taking on the new game +. Other weapons, however, you can buy from the Duke. So don't forget, when you meet him and especially before the last part of the game, to sell him all the rare treasures that you have collected so as to have enough money to buy the firepower necessary to simplify the adventure.