Put down your weapons and sheathe your swords, as Sable will require a whole different kind of tools. The first work of Shedworks was in fact created to reward and make curiosity as well as exploration the cornerstones of game design. In collaboration with Raw Fury, the game available for PC via Steam - the version we tested - as well as for Xbox One, Xbox Series S and Xbox Series X does not compromise, dismissing any semblance of combat to vote body and soul for free journey of the protagonist. A recipe in its own way that, using various ingredients with more or less fluctuating results, offers a satisfying dish, albeit with a bitter aftertaste. 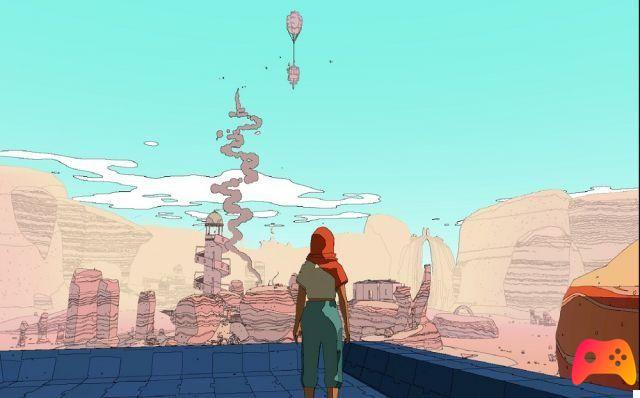 The journey before the destination

The world of Sable - this is the name of the game and the adventurer - is vast as far as the eye can see, sandy and partially desolate. Only a few rare groups of nomads try to tame its sandy dunes, pushing themselves to build small villages where they can stop before resuming the journey. Far from being a jovial outing, this seems to be the life philosophy of all the inhabitants. The player's alter ego is aware of this, as he has to face the preparations for an important rite of passage, the Glide.

Coming out of a sacred place that the forces of nature seem to claim for themselves, Sable gradually becomes aware of what awaits her. He has now reached the age to build a personal hoverbike, complete the ceremonial and finally leave everyone behind to go to infinity and beyond. If at first the disorientation of the real ego does not coincide with the thought of the virtual one, in the moment of discovering the unknown the two meet, creating identification. The plot deliberately hinted at and ethereal generates in our opinion an advantage and a small lack at the same time. On the one hand, the discord between primary history and libertarian investigation often underlying the Open World systems is defused, on the other hand, however, the desire for discovery risks never being fully satisfied, limiting itself to being a set of scattered fragments with little glue. 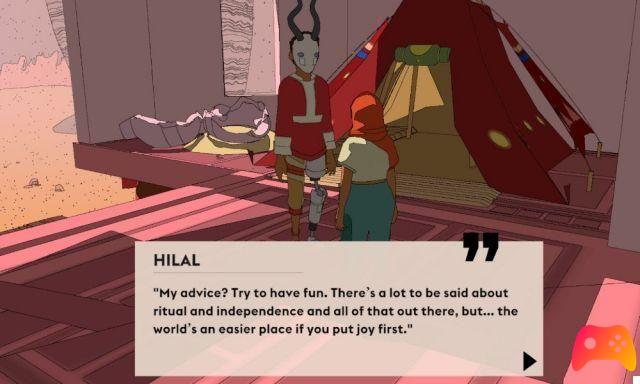 Sable is a third person adventure all about the free curiosity of the gamer traveler. The modus operandi used to hatch the wide empty expanses is reminiscent of the subtractive design of Shadow of the Colossus. The HUD and the interface in general are almost non-existent, thus clearing the screen of any frills, for a complete view of the scenario. Not that there is no good equipment: just stop in the village to receive a compass, which can also be activated while walking with the continuous pressure of a button.

In short, while the title experiences the poetic emptiness of a certain artistic line, at the same time it must adapt to the logic of the video game in the strict sense, introducing a visible map - albeit only from the menu - with indicators to be affixed, as well as a series of environmental details. , small aids from the developer to the consumer. We are talking, for example, of elements placed as a suggestion on the way to follow, or even of semi-hidden chests containing coins. Speaking of paths, some of the secondary characters will be ready to ask us to complete missions even of primary importance, going to partially tear the breath of freedom to straighten it towards a more linear track. 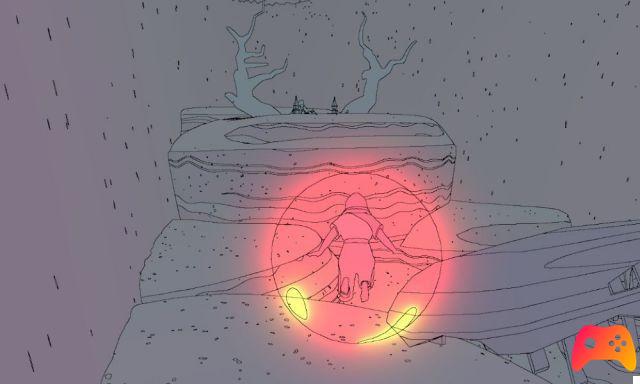 The long crossings can be accomplished with the aforementioned floating bike or simply on foot. In this case it is useful to take advantage of the shot, subject to a resistance bar on which climbing also depends. Much like in The Legend Of Zelda: Breath Of The Wild, Sable is capable of climbing any height simply by getting close to it. Free climbing changes the perception of level design, also having to focus on verticality. However, it seems that the English team has focused more on the horizon, opting for sporadic natural or artificial structures that are often difficult.

Not only is the stamina sometimes an obstacle, but the woody and uncalibrated animations at best turn out to be almost a limit in certain situations. Not even the hoverbike helps: the bike that gives independence to the protagonist is not very maneuverable and suffers from a certain stiffness. At least there is no fall damage and in some cases you can use a sphere that, by wrapping it, allows it to glide gently to the ground. All with a camera managed not in an optimal way, often creating difficulties in its control. 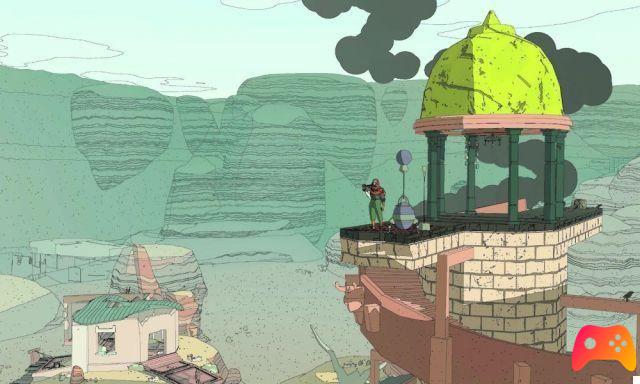 A cartoon in motion

What initially captivates the Sable player is his art style. It brings together the works of the French cartoonist Jean Giraud, alias Moebius, as well as the animated films of Studio Ghibli. A creative marriage that flows into an evocative and at times hypnotic river of colors. Particular, for example, is the choice to outline the dunes in the manner of a school drawing, with evident demarcation lines between the various shades of beige and brown. Just like a cartoon in motion, the animations are not quick and lightning-fast, even if this choice sometimes fails to combine with the objectives of a video game, however free from clashes and devoted to exploration.

Speaking of mere technique, this direction does not weigh too much in computational terms and has allowed developers to expand the field of view to great distances. Seeing the ruins of a boat or a futuristic capsule in the distance, or seeing a curl of smoke rising from the ground while you are somewhere else amplifies the desire to discover every detail of the hermetic world of Sable. Sore point for a rather fluctuating technical sector, with several drops in frame rates encountered. The soundtrack of the musician aka Japanese Breakfast is good, while we point out the exclusive presence of texts in English.

Sable is a particular game that tries to get out of the conventional tracks of high-adrenaline or highly driven titles, and then partially re-enter them. The freedom of exploration and the player's curiosity rise to the role of the pivot of game design and he is stimulated by a hidden past that seems to come to the surface, as if from a satisfying field of view. The sporadic claims of a world now dormant by layers of sand, however, do not totally reward the user hungry for knowledge, while in part he is routed by other vagrants on the direction to take. To complete the picture is an evocative and almost hypnotic artistic direction, a worthy mix of creatives working in other mediums. Those who yearn for a corner of silent silence and open spaces to observe, will be happy to wear the mask of Sable.

► Sable is a platform-puzzle-running-adventure-indie-type game for PC, Xbox One and Xbox Series X, the video game was released on 23/09/2021 The version for PC is scheduled in the 2021.

Do you want to be an expert and know all the tricks, guides and secrets for your video games? Epictrick.com is a group of video game enthusiasts that want to share the best tricks, secrets, guides and tips. We offer the best content to be a source of useful information, so here you can find guides, tricks, secrets and tips so you can enjoy your games to the fullest. Are you ready to get all the achievements of that game that you resist so much? Enter and enjoy your favorite video game to the fullest!
Saints Row, released a new gameplay video ❯