The reboot is reality!

It's been two years since Volition's last tweet hinted that there was room for a new Saints Row title. From that moment on, everything was silent, until the presentation behind closed doors which fortunately we were able to attend for preview the new work of Volition. Saints Row it's a reboot that apparently wants to start a new long cycle. 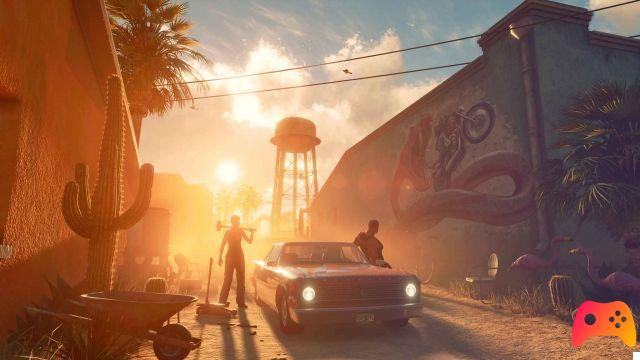 Jim Boone during the presentation he confirmed that the project, by not continuing with the numbering (stopping at four), allowed the team to go back to the origins and create a contemporary story, bringing today's themes to the screen. Despite a light storyline, the player will have no difficulty diving into Saint Illeso, a land inspired by Westside America.

The game map is one of the largest made in the saga of Saints Row; the player in Saint Illeso will be able to find nine districts each made with a unique style and particular inhabitants, giving as confirmation Frank Marquart (art director) a variety never seen in Saints Row.

You can go from financial districts made with huge buildings and vertical elements, to districts like that of El Dorado, dirty and rough but full of night shows. Each district, in addition to allowing a variety of approaches, is able to offer entertainment and activities that cannot be found in other scenarios. The new work of Volition stages a group of four boys, as well as the main characters of this new adventure; the group is composed as follows: 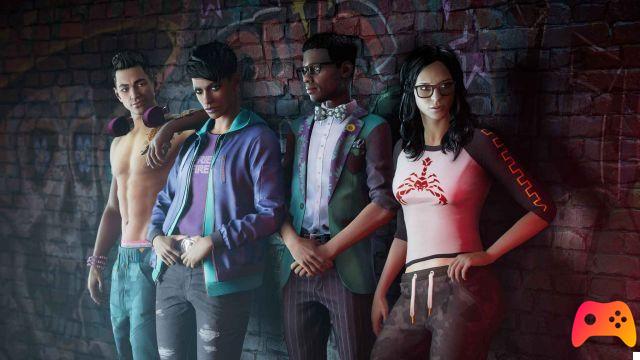 The background of the latter character is not clear, it is to be written; the only sure thing is that The Boss is a killing machine. Volition in Saints Row will allow the player to create the character according to their own style, customize it with an infinite number of variables, while also allowing to change or modify the entire timbre of the voice.

The narrative background leads the Saints to clash with the three gangs that control Saint Illeso. Each gang has been created and treated in detail, they act and behave differently, each faction also has a unique paraphernalia. THE The Idols, one of the three gangs that control Saint Illeso, seek notoriety and fame, are overwhelming and visually striking, trying to attack in number, thanks to their particular characterization; their territory is the north of Saint Illeso. THE The Panthers they are a brutal faction, compared to The Idols, they prefer brute force, melee attacks with heavy weapons and use an abandoned factory as their headquarters; finally we find i Marshall, a private military group that assaults the Saints with cutting-edge technology; their headquarters is the Skyline. 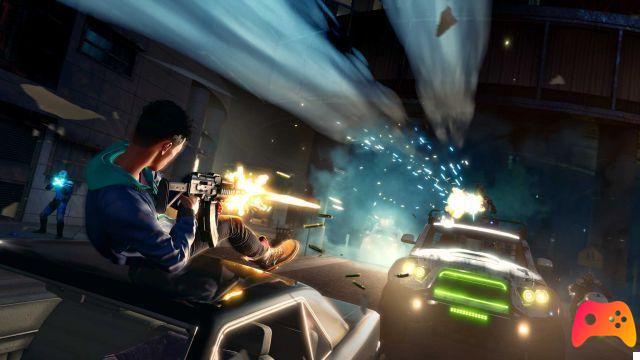 Obviously, in order to clash with these gangs, the Saints must create their empire to scale Saint Illeso, taking control of the territories. The Saints gain fame and notoriety: this will allow the player to build small and large criminal activities able to counter the advance of the opposing factions. The building that will be created on the territory will in turn have an impact on the game world and on the development of the storyline. At the moment it is not clear the actual impact, but we are sure to discover something more between now and the release of the title.

By analyzing what we saw during the presentation behind closed doors, we can confirm that the new Saints Row is a promising title. The new Volition title tries to distance itself from the past, offering the player an open game structure without particular limitations, an immense map and an avalanche of customizations that in turn allow to make the experience more personal. The title is out next February 2022 on old gen and next gen PlayStation 5 and Xbox Series X consoles.

NEO The World Ends With You - Tested ❯