The 5 best classes for the Call of Duty: Mobile battle royale character

One of the coolest things about Call of Duty: Mobile's Battle Royale mode is that each of the players can choose a class of soldiers, which allows them to gain skills that serve as an advantage for the confrontations that arise during the game.

There are several types of classes, some offensive and some defensive. Although they are all very useful if you know how to use them, there are 5 that are well known and chosen by users because they are considered the most efficient in order to be more likely to survive in the BR. If you are still not entirely sure when to select a class type, we leave you the best.

One of the most used classes, fast and efficient, perfect for making one good losing streak. It has the ability to spot nearby enemies and stun them so you can have the edge in combat which makes it easy for you to take it down or even gives you time to run away from it if you find yourself in a very bad situation.

It's similar to Mechanic, only it's more general, with this class you can launch a radar that tracks enemies within a certain radius of the area in which it is placed. When you activate it, it indicates with red dots on the map where the other players are. This way, you can quickly find them to get rid of them.


It grants a very special skill, it is a toy that when thrown spawns a certain amount of zombies who have the task of looking for nearby enemies and at the same time have the ability to attack him. Also, this is a great class for distracting opponents and allows you to have more opportunities to attack.

One of the most effective defensive classes is Defender, it's one armored barrier that stuns the enemy when activated. Bullets can't go through her, so you are safe behind her and can take cover while planning your attack.

Scammer is a perfect class for anyone who loves distract or confuse enemies. It is very good for troubled times, as it allows you to generate holograms which are a type of clones that have the ability to pretend to be someone like you.

It should be noted that all classes are useful, you simply need to know the one that best suits your fighting style to use it wisely. 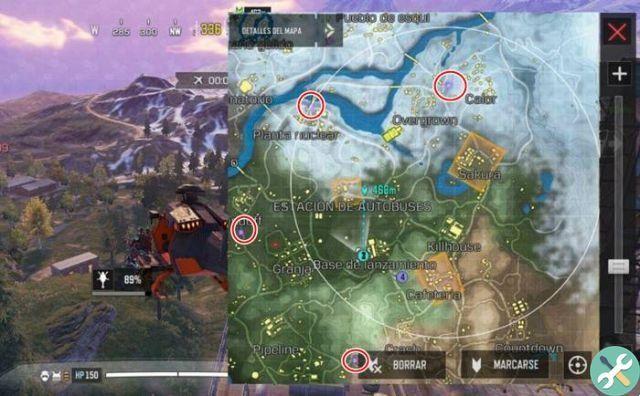 Don't forget that improving the class is very important, on the Battle Royale map you will get purple points which are terminals where you can get class upgrades. When taken, the skill's icon changes from blue to purple, indicating the class becomes more powerful and longer lasting.

add a comment from The 5 best classes for the Call of Duty: Mobile battle royale character