I war games they are the most popular industry and join millions of players behind. In the Google Play Store there are a large number of them, but in order not to lose any of them along the way, we offer you the 8 best war games for android mobiles.

Some of the titles on this list come from well-known franchises, while others are not as well known they also have a large fan community. If you are a lover of the genre and a follower of action titles, don't miss the chance to try these war games for yours Android and iOS device. 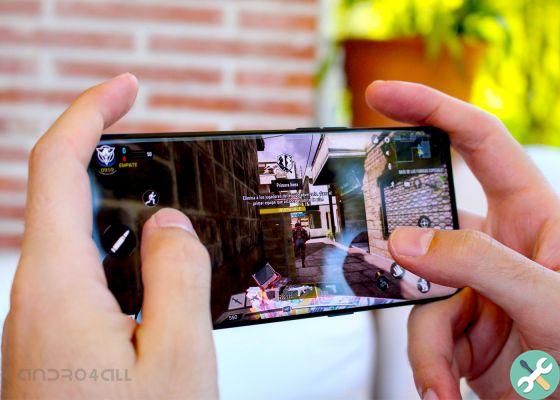 A person playing Call of Duty Mobile: on an OPPO Find X2 Neo.

If you like video games in general, we also recommend that you check out this complete list with the best roller coaster games and this with the most realistic titles that you can play with your mobile. Here are the 8 best war games for smartphones.

You might be interested in | The best football manager games on Android, train your team and win !.

LEGENDS OF THE SHADOW

SHADOW GUN LEGENDS is one of the most popular action games on Android and iOS and stands out for its playability. A title that can be downloaded completely free of charge and that takes users into the future. Among its features, the title offers an epic single-player campaign mode, a full co-op and multiplayer mode and an innovative Social Central.

Call of Duty: Mobile is, without a doubt, one of the flagship games in the mobile world. The installment of the popular Activision war franchise has millions of players around the world and offers both classic multiplayer games than a complete Battle Royale mode.

PUBG Mobile is one of the games that could not be missing in this selection. The original Battle Royale, in its version perfectly adapted to mobile devices, offers games for up to 100 players on huge maps. The goal: to be the last to be able to "dine chicken"

Brothers in Arms 3 is another interesting bet where players face off against other users on the fast-paced multiplayer battlegrounds of the second World War. The title also has a solo campaign mode, a wide variety of maps and a large arsenal of weapons; plus lots of action.

Infinity ops is an interesting futuristic war game, which can be installed for free for mobile devices. An online title in which players will use future weapons and armor, as well as a variety of vehicles, to try to kill enemies.

Cover fire is a third person action game. IS a classic shooter game where users can customize their character, drive vehicles and enjoy a story mode that can be enjoyed without an internet connection. It also includes other types of modes and events, such as the popular zombies.

Army of heroes is a war game, both action and strategy, available for Android devices and requires an Internet connection. A title where players must train their army for defend your base from enemies, who will try to capture it. Furthermore, construction and conquest are also important, as survival is the important thing.

Modern Combat 5 closes this list. A title based on today and which pushes more towards a more classic game mode. Among its features we find one story mode complete single-player game, with an intense story, and a fast-paced multiplayer mode to face off against other players.