Age of Empires IV is (finally) the new title in the Age of Empires series, developed by Relic Entertainment and World's Edge and published by Xbox Game Studios. Four years after its announcement and sixteen years after the release of Age of Empires III: Age of Discovery, we can really get our hands on a product that promises to be yet another chapter in a series that has now become iconic.

Mechanically, the title is an old school Age of Empires done and finished. If you are new to Age of Empires do not hesitate to complete the tutorial that is proposed to you at the beginning, Because it is essential to understand as soon as possible how the gameplay works. At first, the rhythms are decidedly frenetic: it is necessary to evolve through the four eras already proposed in Age of Empires II (Early Middle Ages, Feudal Age, Age of Castles, Imperial Age) and you have to do it quickly. If you stand there looking at the view (instead of putting "wood in the farmhouse"), know that within a short time the enemy soldiers will come to visit you destroying what little you have done. In these respects, Age of Empires IV perfectly follows the second chapter, with all the annexes and connected. 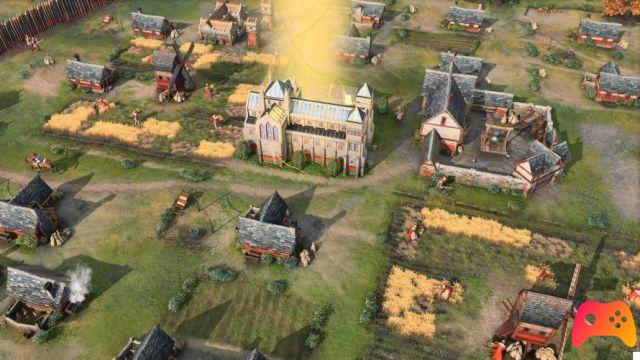 The civilizations available at launch are in all eight (Chinese - Abbasid Dynasty - French - Grand Duchy of Moscow - English - Mongols - Holy Roman Empire - Delhi Sultanate) , and the news is exactly here: each of them has unique buildings, unique military troops and peculiar characteristics that markedly shift the balance of a campaign. If, for example, you find yourself there Dinastia Abbaside as an enemy, know that you will face a civilization capable of growing relentlessly and without actually having to employ the inhabitants in the collection of food and raw materials. Likewise, if you love ranged combat, the legendary English Longbows are the best choice. This is really a disjunctive element compared to the previous chapters, because every civilization has pros and cons and even the map can prove to be a determining element for the outcome of a campaign.

Strategy is the key

If you think you are a long-time gamer and apply the same gameplay procedures that you adopted sixteen years ago, you will soon be disappointed: the programmers of Age of Empires IV have worked a lot on 'gameplay asymmetry, in such a way as to be able to have balanced but always unpredictable campaigns. Speaking of "unpredictability", the role of explorers on horseback has become even more crucial: moving troops across the map, in areas where the latter is not fully illuminated, can activate the "invisible force". If you are wondering what it is, it is nothing more than the possibility of ambushing or being subjected to them in correspondence of shaded areas, bottlenecks or raised areas of the map. 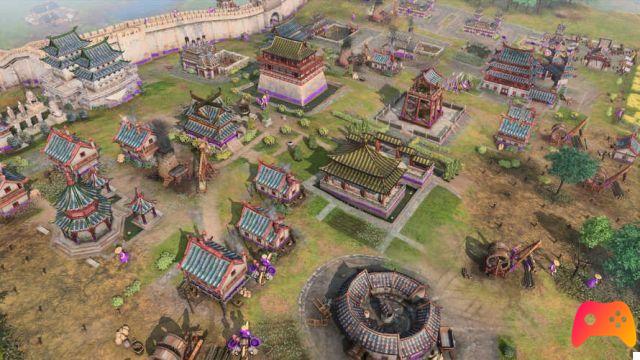 Whatever your approach to battle, the watchword is one: strategy. Any movement must be calibrated, any attack must be well considered also and above all at the level of units and conformation of the battle terrain. Particularly evocative and engaging are the sieges of castles, where military units appear to defend the walls, fighting over them. Just like the old chapters, there are pre-configured campaigns that will allow you to relive the ancient battles of Genghis Khan or Joan of Arc. From this point of view, the historical documentation is something really valuable and, if you are passionate, you will certainly be impressed.

The graphics sector is an excellent evolution of the previous chapters, even if the typical atmosphere of the historical Age of Empires has remained practically unchanged. Much improved animations and graphic effects such as fires. The audio has improved compared to the past, much cleaner and more immersive. Decided step forward of the graphical interface of the home compared to the previous chapters (remastered included): finally it looks like a modern game and not a title of ten years earlier.


The online mode of Age of Empires IV is very rich: you can play or watch the ongoing battles in spectator mode. The campaigns will be in both PvP and PvE, with a maximum of 7 players connected at the same time. Just like in single player, you will need to be quick to evolve through civilizations but, at the same time, have strategy in fighting. This aspect guarantees enormous longevity, precisely because there are not always valid strategies with which to win from start to finish. 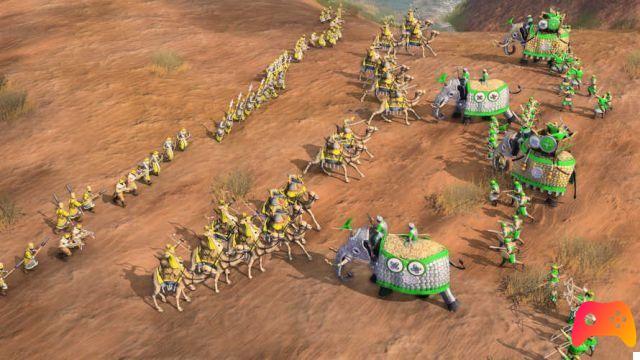 Has Age of Empires IV convinced us? Yes, there is no need to cry for a miracle but at least it is a new title and not a “make up and hair” version of something old. Unfortunately, as widely emphasized in the reviews of the Remastered, having made the new versions of the "historical" titles has inevitably ruined the surprise effect of the "main course". The fact that the game mechanics are inspired by Age of Empires II is a bet absolutely won, while the substantial balance between the various civilizations should make online games exciting. Perhaps we could have dared something more in terms of graphics, but for lovers of the saga it can already be fine.

► Age of Empires IV is an RTS-Strategy game published by Xbox Game Studios for PC, the video game was released on 28/10/2021

Add a comment from Age of Empires IV - Review