Blasphemous - The Guardian of Silent Lament 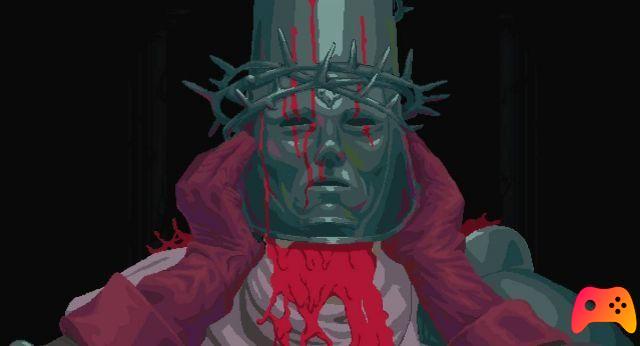 Don't know how to defeat the first Blasphemous boss? Here is a brief guide on how to do it.

Your journey has now begun in the lands of Cvstodia, very devoted to religion, and now afflicted by the presence of horrible creatures. Your mission is to discover the origins of this plague and stop it, armed with your faithful sword Mea Culpa. The first area you will enter is the Brotherhood of Silent Pain (Brotherhood of the Silent Sorrow in English): inside the enemies will not be particularly difficult, but ideal for learning the basic commands. The Guardian of the Silent Lament is the boss who watches over this area: you will find him after making a stop at the first Prie Dieu (altar that serves as a checkpoint) of the game. 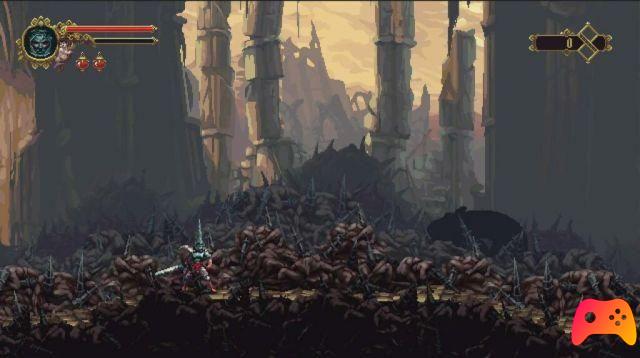 The guardian is a giant and his bossfight will serve as a tutorial and has a limited combat pattern. With the first attack he will jump in the air trying to land you, while in the second he will try to do so by slashing his sword. When it touches the ground a shock wave will be generated and you will have to dodge it by jumping. An effective strategy to defeat the Guardian is to walk under him when he leaps into the air, get behind him and hit him as soon as he returns to the ground. To avoid being hit by the second attack you need to keep a safe distance from the creature, so that you have room to jump and avoid the shockwave. If you are too close to him, it is very likely that you will be hit, even if you jump. 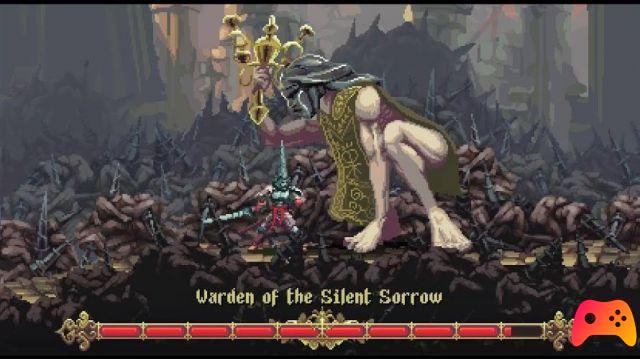 This boss it does not have a second phase and he will repeat this attack pattern until you defeat him: take the opportunity to train. When you beat the Guardian of Silent Lament you will get 300 Tears of Redemption (which will be expendable to obtain new skills) and the achievement A long way. Don't despair if you fail to beat this boss on the first try. As they say, put your soul in peace. Blasphemous is a stimulating title that will give you some satisfactions.


After beating the Silent Lament Guardian you will come to Tree, the area that serves as the central hub of the game. In one of its structures it will be possible to give the tears of redemption. If you want to know more, here is the guide about it

► Blasphemous is a Sliding-Platform Beat 'em up game developed by The Game Kitchen and published by Team 17 for Linux, Nintendo Switch, PC, PlayStation 4 and Xbox One, the video game was released on 31/12/2018
Blasphemous is a beautiful game that cannot be missing from your collection: we have decided to evaluate it with a 88%, if you are interested in learning more you can read the Blasphemous review

The best guides on Blasphemous

add a comment of Blasphemous - The Guardian of Silent Lament