The second team of the Summer Stars has been officially launched on the servers of FIFA 21. This time Electronic Arts has really surpassed itself, inserting many truly excellent cards.

Punctual as clockwork, Electronic Arts released, on Friday, the second team of players belonging to the Summer Stars group. After CR7Leo MessiKevin De Bruyne and other champions, which we have already analyzed together, the Canadian giant has included in the packages, for the next five days, the Team 2 of the event, which once again includes truly incredible names. In the list of players there are certainly elements more prominent than others, but we, as for the first Team, want to go and make a small ranking, which once again includes the Top 5 of the new players entered in the event which, most likely, could be the last of this FIFA 21, waiting for a FIFA 22 that just yesterday was unveiled to the whole world in the first reveal trailer.

Make yourself comfortable, then: we will see some good ones! 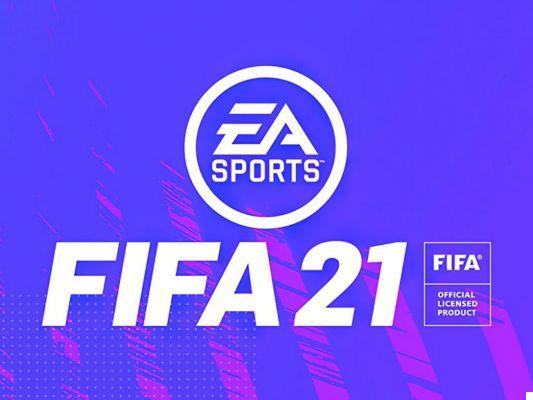 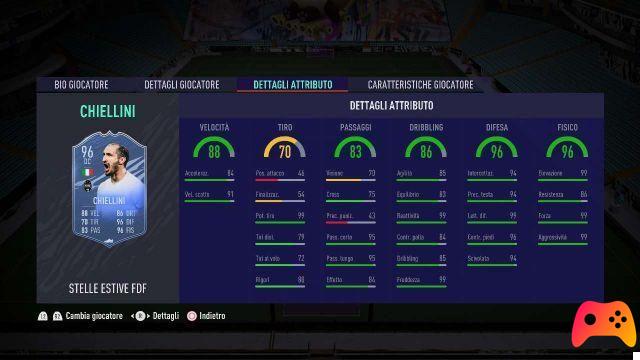 The last piece of this group of five players is certainly the giant of Juventus and the Italian national team Giorgio Chiellini, also back from a European championship played by protagonist and won together with the gold group created by Coach Mancini. In the new version the good Giorgio appears practically perfect, with an incredible boost to speed, his only flaw in the basic versions. For the rest, all simply at the top: defense, physique and ball control make him an irreplaceable central, especially for those who own a Serie A team. 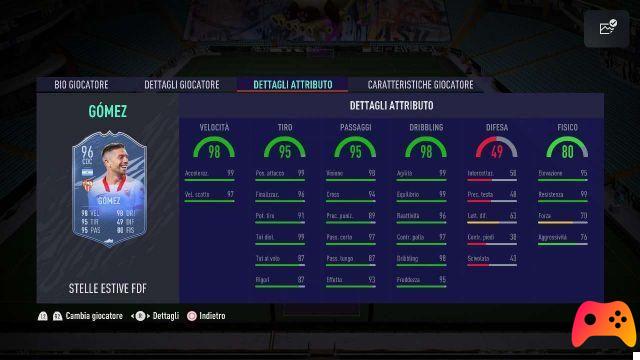 In fourth place in our ranking we find good old Papu Gomez, old glory of Italian football who is doing very well in Sevilla. In the Summer Stars version the good Papu earns 9 points for shooting, 6 for passing and 6 for dribbling, numbers that make him a real tightrope walker in the middle of the field, as well as extremely reliable in front of goal. The fact that he has received a +1 to the stars weak foot (from 4 to 5) makes him even more ruthless in the final phase of the action and also considering the player's market price we consider him one of the best players available for quality ratio. price. 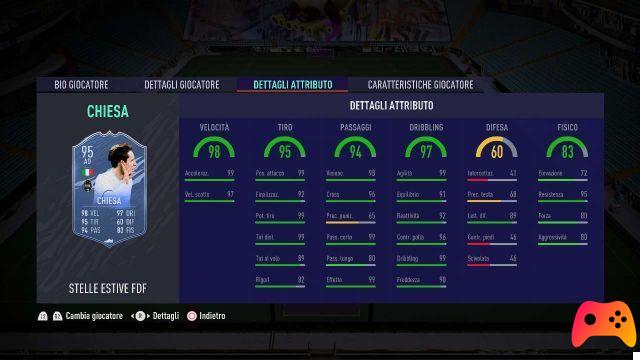 On the lowest step of the podium we find another Italian, another splendid protagonist of the European Championships just ended: Federico Chiesa. In the new version the Italian side of Juventus earns the fifth star Skill, essential for those who play more spectacular and unpredictable football, especially in the offensive phase. Added to this is an incredible boost to the shot, which makes him incredibly precise in front of goal and makes him one of the most dangerous strikers (as well as in reality, currently) in Italian football. Sure, it's not cheap but believe us: it's worth all the money you'll spend! 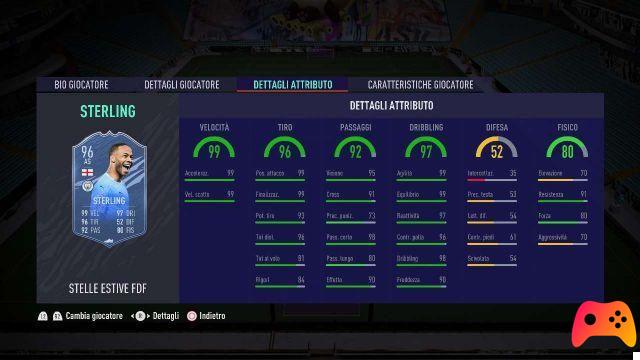 In second place in the ranking we find one of the protagonists of the English ride and that of the City in the league (and in the Champions League), namely Raheem Sterling, acrobatic winger with good feet and extra lungs. In this version the English player becomes a 5 5 (skill stars and weak foot) thus entering the circle of those most loved players at the "meta" level. The only "defect" of this card is linked to the price, extremely high for the period and counting the player's hybrid index, but for the rest, believe us, in the middle of the field he manages to make a difference like few others. 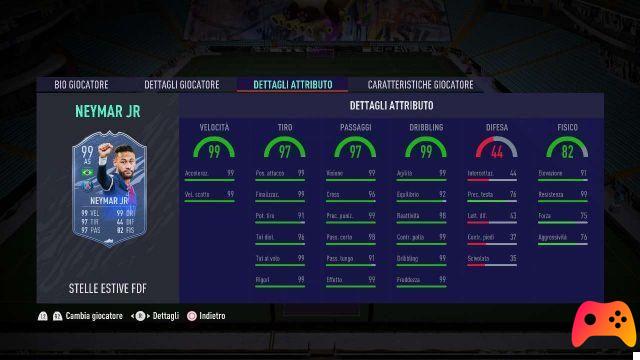 First position of the ranking obviously reserved for Neymar Jr, one of the strongest players in the game even in the basic version which in this new role is simply devastating. 5 stars skill, 5 weak foot (even in the basic version, be careful) but now season a 99 at speed, 99 on dribbling, 97 on shooting and passing. In short: we do not think there is anything else to add. Neymar Jr. Summer Stars is quite simply the strongest footballer in FIFA 21, with all due respect to all the others.

Do you want to be an expert and know all the tricks, guides and secrets for your video games? Epictrick.com is a group of video game enthusiasts that want to share the best tricks, secrets, guides and tips. We offer the best content to be a source of useful information, so here you can find guides, tricks, secrets and tips so you can enjoy your games to the fullest. Are you ready to get all the achievements of that game that you resist so much? Enter and enjoy your favorite video game to the fullest!
Ghost of Tsushima: Iki Island - Trophy List ❯

Destiny 2 - The ingredients for the recipes

Death Stranding: where to find O'Brien