Electronic Arts has unveiled the first players related to Team 1 of the FIFA 21 Summer Stars. Here is our definitive Top 5!

The latest event in chronological order released on the FIFA 21 servers brought with it many new players, some of them really very interesting. The players who are following the game despite the period considered "dead" have thus found themselves in their hands several truly exceptional cards, some of which are able to shift the balance of an entire team. In fact, the first team released by Electronic Arts (the second will arrive this Friday, and we will talk about it) have been included in fact some really important pieces, obviously characterized by a very low "spawn" index and a high market price but which could make anyone's fortunes.

Let's be clear, there are also many examples of players with a modern low cost but still very strong and for this reason we have decided to draw up a mini list of the five most valid players belonging to this very first team. You are ready? Take a pen and paper!

Note: The list does not include players available through SBC or in Aims related to the current season of FIFA 21. 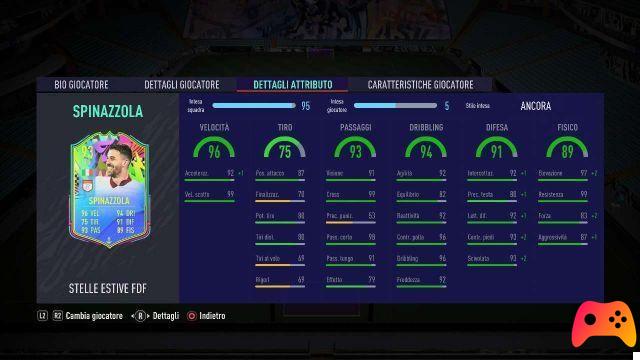 Fifth place for Leonardo Spinazzola, protagonist with the jersey of the Italian national football team of a simply incredible European. In this new version, for the occasion moved from ES to TS, the side of the Roma gets an incredible boost to practically all statistics, presenting himself as one of the most complete full-backs in the game. We also tried it firsthand and we can tell you that in the middle of the defense it really makes a difference, both on the wing and moved to the center. Thanks to a splendid ball control, then, he can also play in midfield, perhaps as CDC in front of the defense. 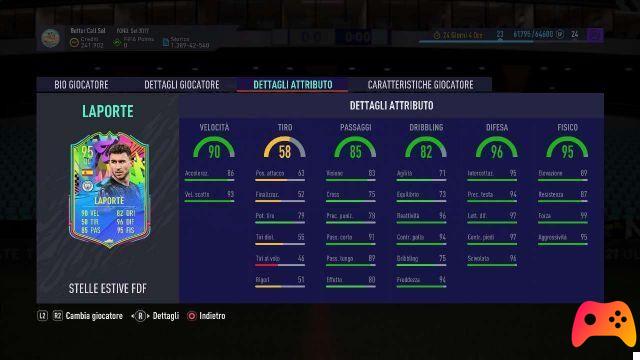 Fourth position in the standings for the new Spaniard Aiyemeric Laporte, central granite of the Spanish national team (just passed by France) of Manchester City. In this version, which we have also tried, the player earns exponentially especially in terms of speed, becoming incredibly faster and above all agile than the past versions. By combining this fundamental aspect with the usual, enormous, defensive awareness, the player practically becomes a wall in front of the defense, although in any case it is always necessary to take into account that, having a large tonnage, he is always subject to the pockets of the fastest attackers, although now it is clearly more difficult to sow. 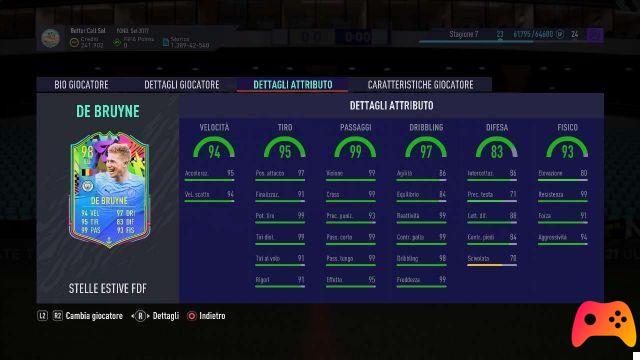 First step of the podium for one of the strongest players in "reality" but very controversial in that of FIFA 21. In this new version (ED, but don't use it ED!) the player earns a lot in terms of speed, which has always been his biggest Achilles heel in game (together with balance and agility) and which now finally no longer represents a problem. Let me be clear, also due to his body type it is clear that he still remains a bit "heavy in some movements, but the new speed that has been given to him makes him practically unstoppable once he approaches the door, especially counting the 99 passing and 95 shooting. 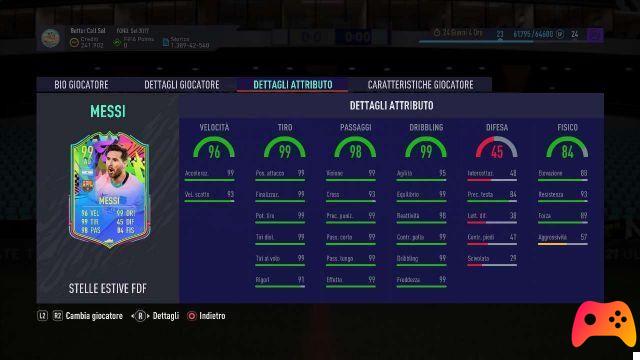 In second place of our top 5 we find the first super big, that is Leo Messi, in yet another version that does not change the DNA of the player on the pitch that much but which makes it even more incredible to use. Compared to paper TOTS earns five points to speed and four to physical, becoming much more lethal and difficult to keep, especially if deployed in attack or as an attacking winger (both COS / COD and AS / AD). For the rest, the usual Messi remains: lethal shooting, phenomenal passes, great finishing, penalized as usual by that "4 stars" both in the item Skill Moves and in the weak foot. 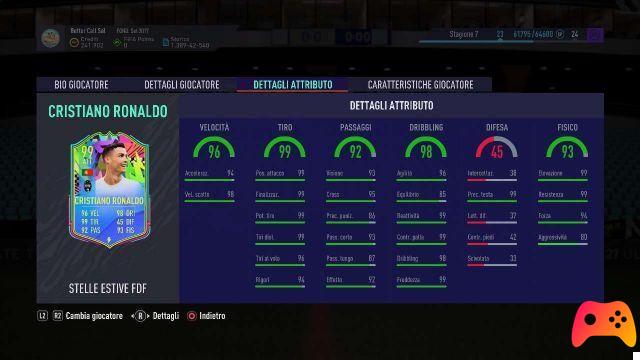 In the first place there could not be him: Cristiano Ronaldo. Although the versions of CR7 certainly are not lacking, this one here appears really important compared to the others, thanks above all to the voice Dribbling, characterized by an excellent +3. This converts to a 85 under the heading Balance, always the only flaw of the Portuguese center forward in force at the Old Lady who, in no uncertain terms, this year has proven to be the best striker in the game. Of course, it costs a lot and compared to the other versions it has practically only the differences that we have listed above, but trust me: you will feel the difference.

And what do you think of this Top 5? Have you tried any of these players? Will you get any? Let us know in the comments and… happy FIFA 21 to everyone, even in the height of summer!