Ghost of Tsushima - The best weapons and skills

Samurai training requires dedication and perseverance, so Jin Sakai's skills grow with each battle. Before you can finish Ghost of Tsushima it is very likely that you will have managed to unlock all the techniques.

Below we will list the best techniques and the best Ghost Weapons to pay more attention to during the course of the adventure.

Before we get started with the actual guide, we would like to give you a couple of general guidelines. Phantom Weapons are really powerful and should be used freely in the PlayStation 4 exclusive Sucker Punch game. The Deflection Tree is also very strong. The main enemies are: Shieldmen, Brutes, Spearmen and Swordsmen. 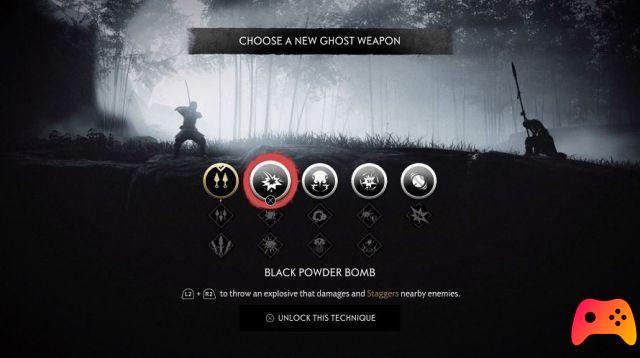 The Kunai and Smoke Bombs are probably the strongest Phantom Weapons in all of Ghost of Tsuhima. The former can be used frequently to break through the defenses of groups of enemies. Smoke bombs, on the other hand, have both defensive and offensive usefulness. They can be used to escape from battle, but the best strategy would be to combine them with the Chain Assassination Master technique from the Evolving Tactics section.

Black Powder Bombs and Sticky Bombs are the classic stealth tools, and they prove to be really good allies if you want to get close to the style of the invisible assassin. Basically they both do the same thing, but Sticky Bombs are better suited in the middle of a battle.

From Evolving Tactics, Improved Standoff Streak is another technique worth investing in, as is Assassination Steak.

As mentioned earlier, the Deflection Tree has a number of techniques that you'll want to lean towards right from the start of Ghost of Tsushima.

Mastering the Perfect Parry is the key to gaining the upper hand in combat, as it allows you to quickly unleash Jin's most powerful moves. Blocks become more and more important as you progress through the game, as enemies will spam attacks. Along this same line, Unyielding Sword Parry and Unyielding Spear Parry are both indispensable techniques. Finally from this tree, Deflect Arrows couldn't be more vital. 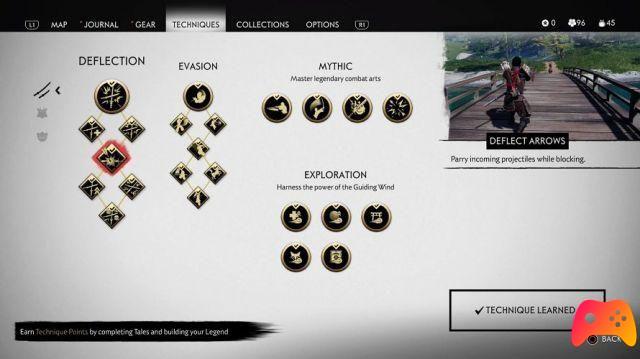 Not all locations are available at the start of Ghost of Tsushima. First you need to defeat the Mongol leaders in the encampments around Tsushima. You will find enough enemies from Act 1 to quickly unlock these skills. If you sneak up on a camp, you should be able to locate the leader by your hearing. The leader usually practices combat alone.

Water Stance, Flowing Strikes is useful in almost every fight in the game, both against bosses and ordinary soldiers. 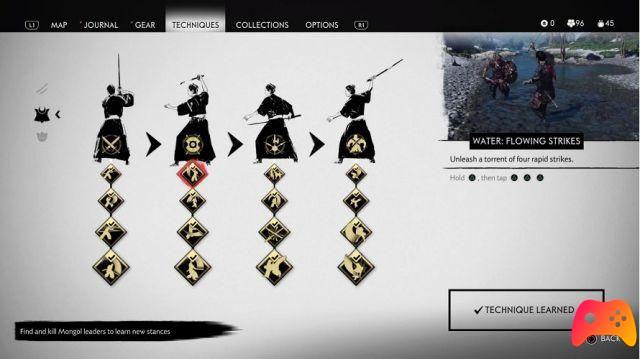 Wind Stance, Spear Defense is useful against the Spearmen, as they prefer to spam the lunge attack.

Against the Brutes, the Moon Stance, with the two intermediate techniques (Strength of the Heavens and Finishing Strike), allows you to face large enemies with relative simplicity.

Finally for the Swordmen, the final technique of Stone Stance, Momentum, makes the initial enemies with the simple sword much more manageable.

Ghost of Tsushima - Robes of the Cooper clan ❯