How to fly or shoot down the helicopter in Rust Is it possible? Discover!

If there's anything that doesn't go unnoticed in this type of game, it's a helicopter. Whether it's the patrol helicopter event you can try to shoot down; or a helicopter that you can buy and fly on its own, it's definitely a topic you should know more about.

How to shoot down the patrol helicopter in Rust

If you have already installed Rust in Spanish, you should know that every few hours (between 1 and 4 hours, depending on the server you use), an event occurs where a military helicopter flies from the coast and patrols a monument. It does not follow any specific route and the only point it always goes to is the airport.

This helicopter will open fire on any player get in his way, as long as you meet certain conditions. For the helicopter to target you, you must have 3 or more items of clothing or a long-range weapon. This ensures that you don't attack players who can't defend themselves. 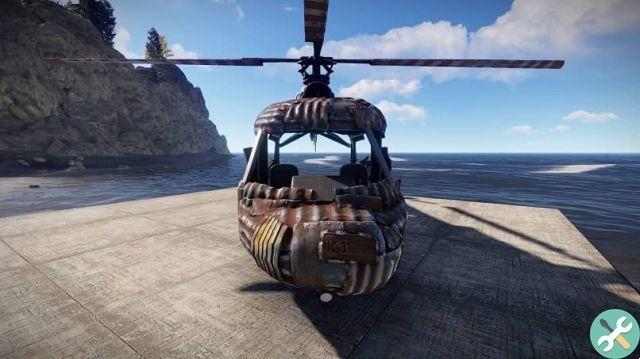 If this helicopter attacks you, the best thing you can do is try to shoot it down. It will not be an easy process, but the reward is great: destroying this helicopter, you will get a large amount of weapons and ammunition. Keep in mind that if you work as a team with other players, eliminating him will be much easier.

To take down the patrol helicopter in Rust, all you have to do is take of target one of the three weaknesses which has: the main rotor, the tail rotor and the motor. By damaging one of these, the helicopter reduces its "health" from 10.000 to 2.500 and you will see how the dark smoke begins to come out.


If you manage to hit both rotors, the helicopter will fall out of the sky. However, you have to be careful of do not rush to the helicopter as soon as it falls, for it will catch fire. Wait for the fuel to run out (it won't take more than a couple of minutes), so it's safe to sneak up on it and loot this new loot.

How to acquire and fly a helicopter in Rust

The military helicopter cannot be piloted by players, as it is part of a Rust event. Eventually, if you've managed to knock it down, you can even use its parts like metal or coal. However, there is a helicopter you could fly alone, but we anticipate that, if you want to buy it, you will have to save.

The easiest way to acquire a helicopter in Rust is buy it from the bandit camp. You can get it for 1.250 pieces of scrap metal. To do this, of course, you must first take scrap metal and save it until this figure is reached. 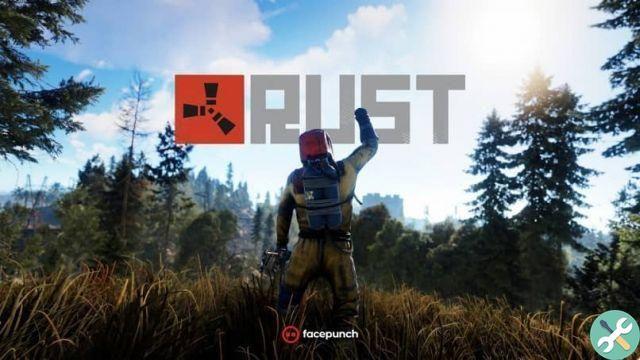 Once you have your helicopter, you just have to learn how to fly it. This will not be an easy task, as it has to be done with the computer mouse and the control is not very fine. You have to train your wrist to make the movements as precise as possible and not make mistakes.


If you want a trick to improve your control a bit, you can set the mouse sensitivity to 0.2 to help you make more precise movements. Once you get on the helicopter, your computer mouse will manage the swings you make in the air and pressing the W key on your keyboard will increase the speed of the rotors.

When you want to land, you just have to release the W key and the helicopter slow. With this learned, you have no choice but to practice and practice if you can master this activity and then fly to Rust as much as you want. If you liked this article, don't forget to share it on your social networks.

How to Position, Organize and Defend Your Base on Boom Beach to Win - Tips ❯

add a comment from How to fly or shoot down the helicopter in Rust Is it possible? Discover!