How to get all Brawl Stars characters including legendaries

When you play it, you will notice that it is very addicting and that it requires some tricks and strategies to win good characters and thus defeat your enemies. In this article we will show you how you can do it.

There are many fantastic characters in Brawl Stars. Many have skills and tricks that will surely help you win a good game. Characters are classified into Rare, Super Rare, Mythic and Legendary Brawlers. It should be noted that the latter are the most coveted by all players.

Obviously, legendary or not, getting these Brawl Stars characters is a daunting task that requires dedication and many games won. 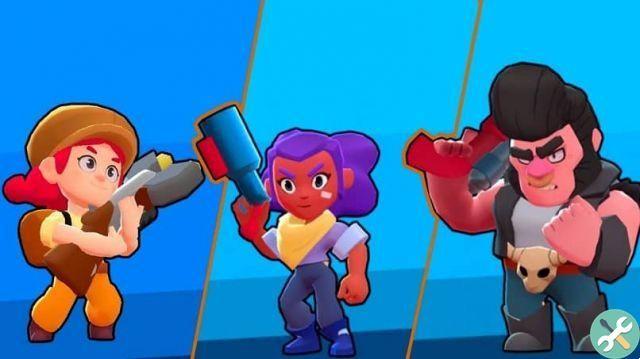 Characters generally arrive with rewards of the boxes you earn by winning a game, so it is important that you try to be the best. Many players love to collect Brawl Stars characters, or maybe they are one of those who want to have them all available.

And what if we told you is that the legendaries are the best characters, because they have many skills and abilities essential to win.

The legendary characters are Leon, Crow, Spike and Sandy; they are the main characters and the most requested, to be legendary. Everyone has different skills. Leon is a child-like character, but he has a great ability to make himself invisible, get close to his enemy and attack with many high-powered bullets.

Spike is a character who can cover a large space with the help of spiked balls that make a big explosion; this character is sniper type. Sandy is kind of nice to be funny, as every time you see him he is very sleepy, but can defend and attack at the same time, it can act as a support and an intruder in the enemy camp.

Finally there's Crow, who is a very fast paced character who has poisonous knives, and by attacking his opponent as many times as possible, he dies faster. While it is true that he has fewer lives than the other characters, he is very fast. Here's how to get characters in Brawl Stars, including legendary ones. Which you can learn how to speed up with a guide we created for them not long ago.

How to get characters in Brawl Stars including legendary ones?

Characters are included in the rewards that bring the boxes, for this you must have the most games won. Whenever you win a match, you have the chance to get tickets to the event. When you have those tickets you can play games of robotic combat, which will help you multiply your chips. 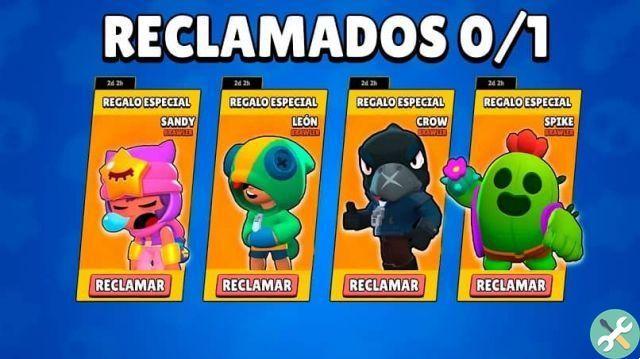 Now, you have to keep in mind that the more rare or mythic characters you have, the more chances you will have that the next you will get a legendary character; It will also be very useful to have trophies for this you have to win games with a good score, then the game will reward you.

If you manage to get characters from the same group, for example all the rare or super rare and especially the mythical ones, you will have great chances of getting legendary characters. But, if you still can't get any characters out, don't worry.


This game, like many others, has a luck system. This system consists in the fact that if in the previous games and games, despite having obtained the boxes, you do not get any characters, the next time it will touch you.

So, in conclusion, there is no master trick to get characters, especially the more difficult ones like the legendary ones. Play as much as you can and try to be the best, eventually you could participate in special tournaments and here on our blog we leave you the way to reach it. If you liked this information, do not hesitate, share with others and leave us your comments at the end of this article.

How to Get All Brawl Stars Characters - Tips and Tricks ❯