How to make or get cement or chitin in ARK: Survival Evolved easily

It is similar to rust, which, the latter has a free download system, many youtubers and other figures are promoting it.

In it, people have the opportunity to decide whether to fight against more than 80 kinds of dinosaurs and other extinct or tame animals.

It is important to note that ARK is available only for PC in the Steam library. This is a game made for high-end PCs, so its installation and requirements are quite demanding for computers; Can also be purchased for  current generation of Xbox Series X / S and Playstation.

Despite the extension of the game, the developers have managed to bring it to mobile devices and the game is available for free on the Playstore. This is very important for fans of free Android games.

Here you can see the skull of a Smilodon, or Sabretooth Tiger, one of the many creatures that can be found and tamed in the game. However, when taming an animal, some special items such as a mount are needed to control the beast. Additionally, chitin can be grown with the help of many animals, including this one. 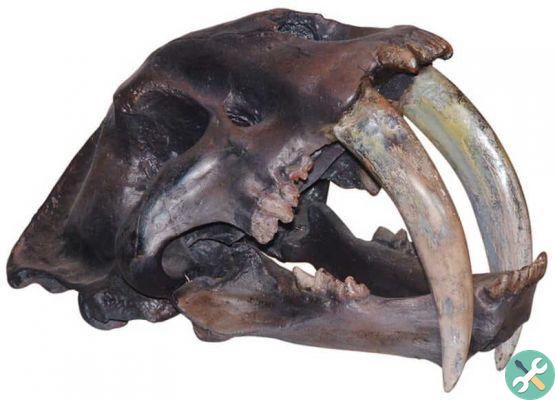 How to get concrete in ARK: Survival Evolved

It is important to note that concrete is a fundamental asset of the game, hence the player in one way or another it will always need, both to glue things together and to build a base.

On the other hand, the difficulty of obtaining and processing it makes it act as a object of barter highly sought after by NPC'S (Non-Player Computers) tribes, and thus, this allows the player to have access to better items, however, all of these are unlocked at higher levels.

Cement has such a high value because in the list of objects is included in the refined objects along with gasoline, gunpowder and electronic components.

In case you want to get the concrete in the way natural, without refining, the player must tame a Beezelbufo, which converts the insects it consumes into small quantities of concrete, or he must build a gigantic beaver dam, which filtering the lake water begins to automatically generate concrete.

In case you want to be elaborated in a refined way, you have to get a mortar and then add stone, keratin and chitin.

Concrete also helps the player to build cannons, firearms, factories, houses, different types of platform supports, explosives , etc. With this, the player can have technological advances which lead their character to an easier life.

How to get chitin in ARK: Survival Evolved

It is a recognizable element in real life as it is part of the exoskeletons of various insects. In the game, the resource is found in a variety of animals, especially those that have an exoskeleton, shells, or other physical animal structures.

It is important to note that chitin can be used to build different types of armor and other structures , such as the full chitin armor set, Pteranodon mount, Argentavis mount - these two dinosaurs are in able to fly and carry a player on his back - and the syringe for blood collection.

Although the animals covered with it are brown, chitin it is a white substance. To get it, it is possible to use certain tools or pets to check the corpses of the animals that the player finds.

Also, the player can go to caves to kill spiders and scorpions, since the exoskeleton of these animals is made of chitin.

How to extend the battery life of PS4 Dualshock 4 controller? ❯

add a comment from How to make or get cement or chitin in ARK: Survival Evolved easily