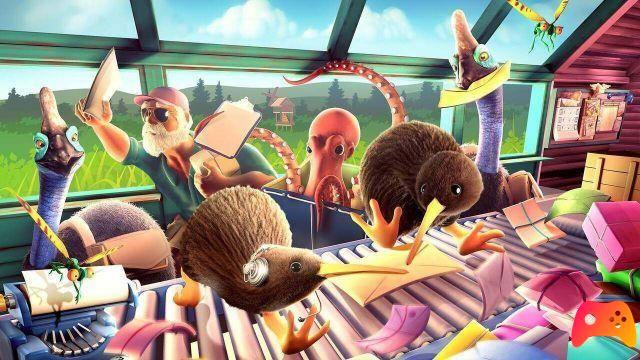 We tried the game demo on PC. Here are our impressions.

Coming soon 31th August this year on PC, Nintendo Switch, PlayStation 4, PlayStation 5, Xbox One and Series X | S, KeyWe is a title in co-op developed by Stonewheat & Sons, which sees players struggling with a rather unusual situation: in fact, you find yourself managing a post office in the shoes (or rather, in the feathers) of two Kiwis, a family of birds present in New Zealand. We had the opportunity to try a demo of the game and today we tell you our impressions about it.

During our test we were able to test a version of KeyWe containing six standard levels plus two bonus levels: in several respects the game (even in its nature as a party game) is reminiscent of titles like Overcooked, with a structure that requires you to complete tasks related to shipments of packages and letters within an assigned time limit. Based on the performance, a score and a certain number of stamps are then obtained, which represent the currency of the game to be spent on customize with gadgets and feathers the two plump birds with variegated motifs.

Let's start from the first controls: KeyWe was designed - like all titles in the genre - to give your best in two player co-op mode, where it is possible to control one of the two Kiwis on the screen through different command configurations. In case you find yourself playing in single you can take advantage of alternative solutions: Hot Swap it allows you to control one Kiwi at a time, with a key button that allows you to switch from one to the other and, if necessary, manage both birds at the same time (a situation necessary to carry out some specific operations that require a couple's work); another alternative is instead the Dual Wield, which divides the controller (or keyboard) into two different areas that allow you to always have the tools to control both animals with different inputs. 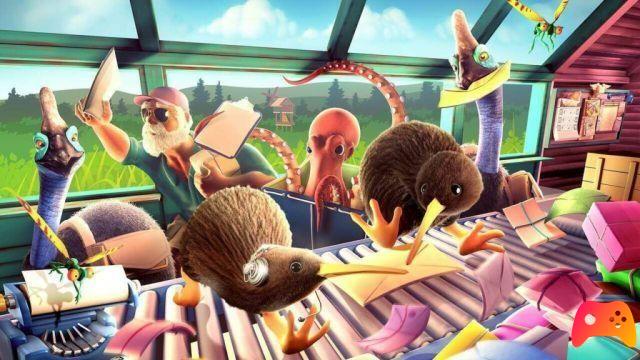 The first solution (Hot Swap) seemed to us by far the best compromise for single players, while the Dual Wield appeared extremely difficult to master, especially in a perspective in which the movements to be made are precise and it is difficult to guide the two kiwis and their actions in a careful way.

The moveset in fact is articulated by providing specific actions to be performed in different situations: in addition to the movement and the jump, necessary to reach certain elevated areas in the levels (the Kiwis in fact by their nature are not birds capable of flying), you can take shots, use the beak to collect or deposit objects, crash to the ground to press buttons and collect stickers and finally… chirp. 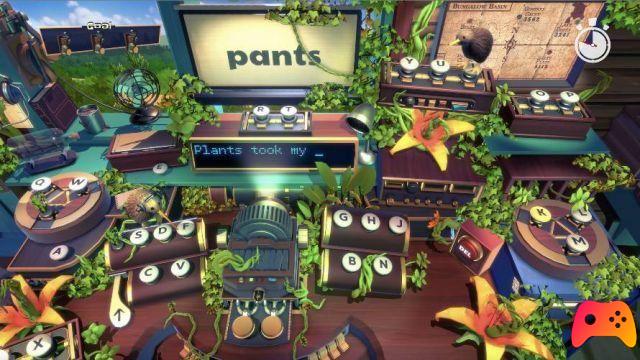 By examining in more detail the experience with the individual levels, we appreciated how they are not the repetition of the same theme but all provide different objectives, thus allowing us to have a decent variety and an increasing level of difficulty in terms of commitment: the first level is Telegraph Desk and sees the players involved in trying to reproduce messages that appear on the screen, by pressing the buttons related to the letters scattered around the level. Transcription Room instead, it requires you to compose letters by collecting the stickers containing the various words spread throughout the scenario. Shipping Floor instead proposes a series of more articulated tasks, which require managing a succession of packages, evaluating the type of goods contained (and applying specific stickers accordingly) and sending them to the right destination, identified by a code that, of course, we will have to print correctly and then apply ourselves on the package. Dropoff Depot instead it requires you to send packages and letters, to be sent correctly through the numerous and intricate channels present, making sure that the recipient of the mail is the correct one. The last two levels, Creepin 'Kudzu and Bobbing for Boxes, belong to a more advanced part of the single player campaign of the full game and offer variations of the first and fourth level, while guaranteeing a greater level of challenge through numerous unexpected events that complicate the situation.


If in single player the management of the first levels is feasible with some compromises, it is in the last two that the greatest difficulties emerge and everything is extremely cumbersome due to the need to manage numerous unexpected obstacles. In our KeyWe test we also dealt with two bonus levels, characterized by an extremely more chaotic rhythm than normal levels. Interestingly, by advancing in the single player mode it will then be possible to unlock additional levels of this type which provide that little bit more in terms of fun when you are in pairs. This change of pace is the winning weapon, and we are very curious to see what situations await the players in the finished product. 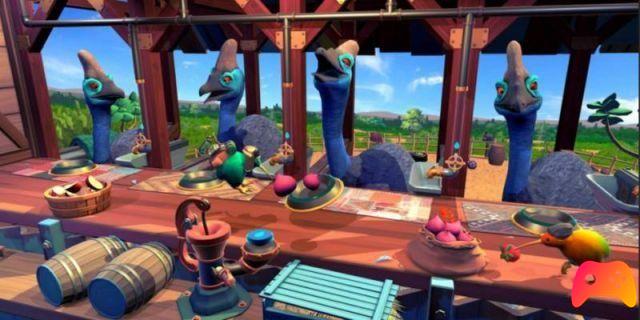 Small parenthesis on technical sector, which is rightly not where the production focuses e in fact it shows the side on more than one occasion: nothing too serious, with the game still extremely enjoyable. Here too, we are waiting to see what the yield of the finished product will then be and whether further ideas will actually be provided also in terms of variety of settings.

As already repeated several times in these lines, KeyWe takes flight when played in the mode for which it was conceived, that is in cooperative, while it limps conspicuously in single player mode with situations that appear many times as too difficult to manage. In this regard, the presence of one helps online mode, which then allows a player to create a room or join another game in progress, thus obviating the problems that may arise from the lack of possibility to play in local multiplayer. 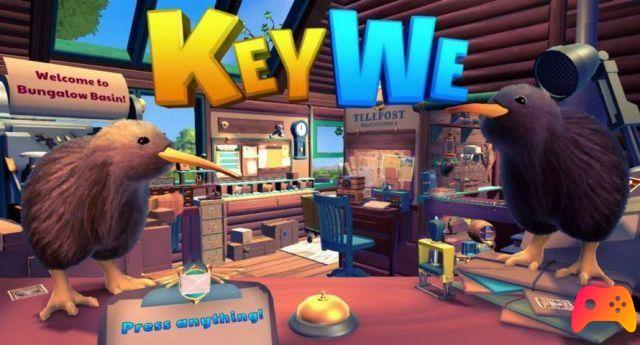 Ultimately, there are many expectations that leave us extremely curious about what the final product will be: in this first test, KeyWe appeared to us as a fun product, although several aspects can still be refined pending the release at the end of August. A strong point that has convinced us is the variety of what we have seen so far, in a game that seems to have that spark that makes an atypical party / puzzle game like this a winning product.

► KeyWe is a Platform-Puzzle-indie type game developed by Stonewheat & Sons and published by Sold Out for PC, PlayStation 4, Xbox One, Nintendo Switch, PlayStation 5 and Xbox Series X, the video game will be released on 31/08/2021 (in 74 days)

Do you want to be an expert and know all the tricks, guides and secrets for your video games? Epictrick.com is a group of video game enthusiasts that want to share the best tricks, secrets, guides and tips. We offer the best content to be a source of useful information, so here you can find guides, tricks, secrets and tips so you can enjoy your games to the fullest. Are you ready to get all the achievements of that game that you resist so much? Enter and enjoy your favorite video game to the fullest!
King of Seas - Trophy list ❯

The subtle revolution of FIFA 19 - Proven