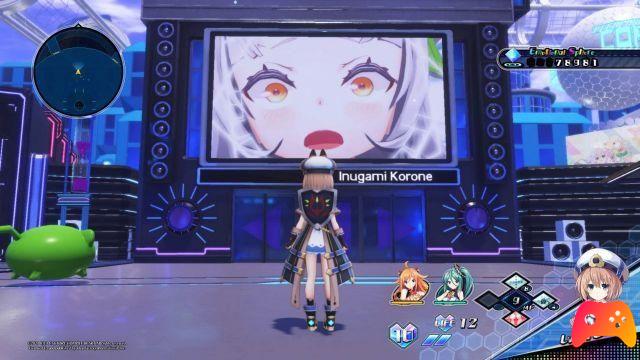 The strength of the Neptunia brand has always been in the characters that all fans are fond of and in the hilarious parody of Japanese videogame popular culture. Neptunia: Virtual Stars has everything that makes the brand appreciated, with a very big defect that holds back its potential when it wants to attract novices into the world of Gamindustri, or in this case the various worlds threatened by obsolescence. It is therefore a title that will surely be able to satisfy all fans of the four videogame goddesses, but at the same time it could be a mediocre experience or worse if you do not already have a previous affection for the characters, or the patience to endure a gameplay. which doesn't work as it should to get to the various banthers between characters.

Combine these details with the fact that Neptunia: Virtual Stars is not a parody of the world of video games, but instead focuses on streaming entertainment systems and Japanese "idol culture", and you will understand how it is an even more targeted product. a niche than the previous games already were. Without further ado, let's see in detail what we think works and what leaves something to be desired in this new Neptune adventure. 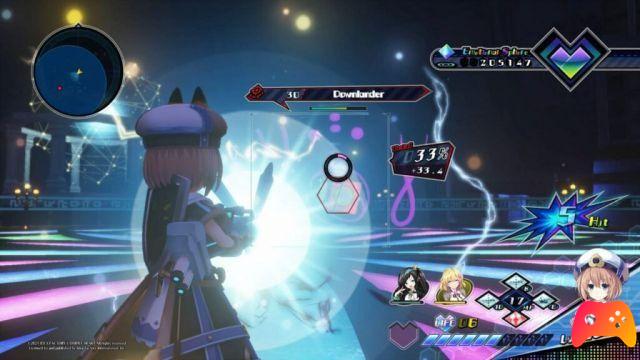 As anticipated in the first section of this review, the main problem of the title is one: the gameplay never manages to convince. Neptunia: Virtual Stars does many things: it is a TPS when controlling the 4 Goddesses of Gamindustri, it is a hack'n'slash when controlling the Vtubers and it applies the logic of a rhytm games and myriads of sub mechanics to integrate the world of virtual youtuber in the game system. The problem is that everything the game proposes feels "wrong".

Let's start with the 4 Goddesses, as it is the game system that we found ourselves using the most. Neptune, Noire, Blanc and Vert all have TPS-like gameplay, with each of the different weapons and active skills to create a bit of variety. Switching between the various characters (this will also apply to the Vtuber gameplay) is useful and changes the approach to battle. Each of the 4 protagonists has problems related to the feeling of the shot: Neptune and Noire constantly mix the enemy even if you are obviously aiming correctly; Vert should be a sniper fit for ranged combat, but enemies despawn if you move only a few feet away from them; Blanc is the most solid and fun but his gimmick that requires charging shots for massive damage can become frustrating when enemies strike from outside the screen, interrupting the charge or worse causing the shot to miss for no apparent reason. Active skills are used to mediate trivial shooting and do their job decently, but they can't fix the bad TPS system.. As for the Hack'n'slash section, the control feeling is better and more responsive. 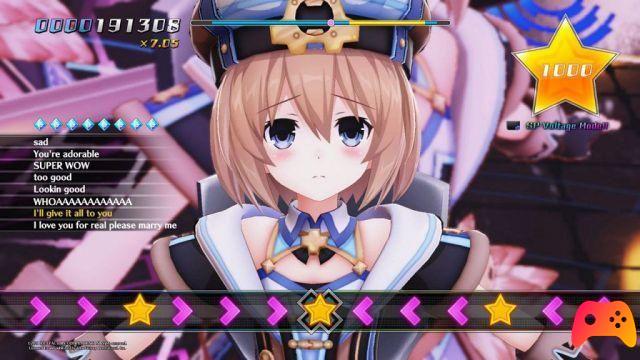 However, the Hack'n'slash system is generally worse to use than the TPS system, as enemies rarely get stunned and there is no feedback after hits, unless a stun bar is filled. which will block the opponent. The main problem with the Vtuber gameplay is that it looks like something inserted at the last second without adapting the enemies to the combat system, which is why the title's biggest cross. Not that this is unplayable or completely terrible - the various sub-mechanics incorporated into the game, especially during bosses, can be genuine fun - however it is not a gameplay that we feel we can promote in any way, especially considering that the turn-based titles still work very well several years after their release. It is not a problem to seek change, it is not the first time that Neptunia has tried it and it will not be the last, but this attempt has definitely not been successful. 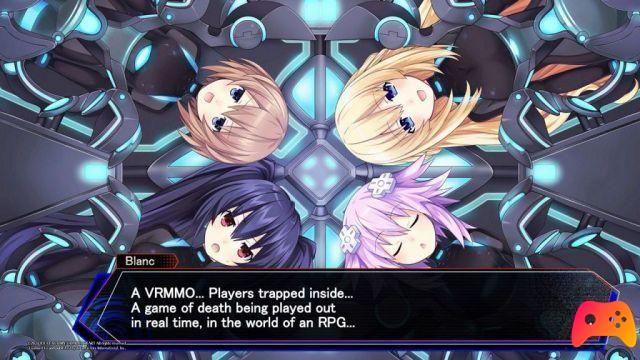 Otherwise, the game is actually a lot of fun. The narrative is the usual simple Neptunia formula, but as always it works well. The old and new characters are memorable and the parody, both of idol culture and wider anime culture, is an appreciated breath of fresh air that allows the 4 Goddesses to indulge in new directions without ever ceasing to be the characters that fans have long enjoyed. The downside is obviously that anime culture and in particular idol culture are much less common concepts than pop culture regarding video games, so surely the appeal of this parody for us Westerners will be more limited.. We don't find that a bad thing, but it is undeniable that the target of Neptunia Virtual Stars comedy is a very specific niche. Despite having been only partially part of this niche, however, we can tell you that the game has not failed to entertain us thanks to the usual very expressive dubbing and to the always appreciable banthers among the various characters. 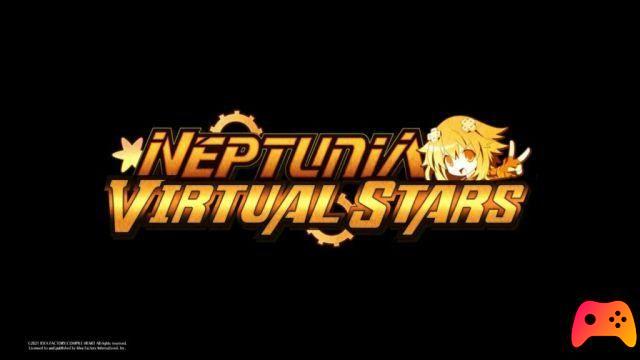 Graphically this is an excellent step forward for the series, which while remaining a production with a limited budget has managed to offer a satisfying aesthetic variety. On the other hand, the soundtracks are anonymous, with the exception of the songs that can be selected during the bossfight, which on the one hand take away a bit of character from the bosses, but on the other hand they are used in a very witty way to give variety to the gameplay. The integration of real Vtubers into the game is also handled brilliantly, with the mix of some real figures like the girls from Hololive and parodies like Ken the Warrior's magnificent Vtuber. The world of Virtual Stars is in fact probably the best pro in the game, which makes the title an experience that could be appreciated by fans of the Vtuber phenomenon that broke out in the course of 2020. 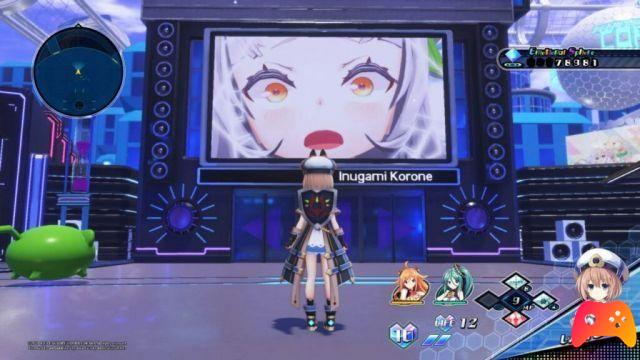 Neptunia: Virtual Stars is a difficult game to evaluate. Although we enjoyed the adventure in the company of Neptune, Noire, Vert and above all Blanc, we cannot be completely satisfied with the offer of Idea Factory. A combat system that does not convince is enough to bury this title, which while reaching enough thanks to what is around it, will not be able to induce us to recommend Neptunia: Virtual Stars to an audience that is not already very fond of the brand. The exception to this speech should be made for fans of the Vtuber world, who will surely find fun in this product; at the cost of enduring a mediocre combat system.

► Neptunia: Virtual Stars is a scrolling fighting game developed by Idea Factory Compile Heart for PC and PlayStation 4, the video game was released on 02/03/2021 The version for PC came out on 29/03/2021

Do you want to be an expert and know all the tricks, guides and secrets for your video games? Epictrick.com is a group of video game enthusiasts that want to share the best tricks, secrets, guides and tips. We offer the best content to be a source of useful information, so here you can find guides, tricks, secrets and tips so you can enjoy your games to the fullest. Are you ready to get all the achievements of that game that you resist so much? Enter and enjoy your favorite video game to the fullest!
Netflix launches into the world of video games? ❯