The best Star Wars games for your Android 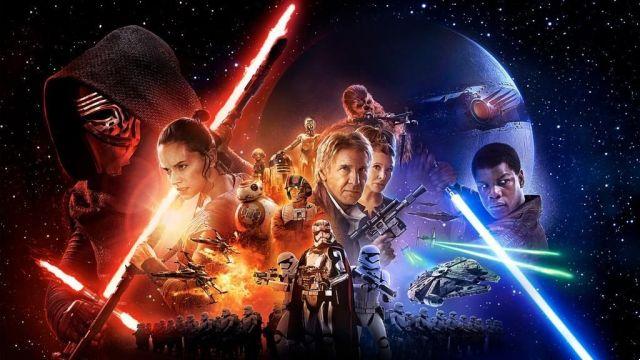 Star Wars is a film saga that has managed to win millions of followers around the world. If you are one of them and have already seen all the movies and series based on the story, including The Mandalorian, you should know that you can continue to have fun with your favorite characters with the best Star Wars games for Android.

We have thoroughly analyzed the Google Play Store to find which ones are the best video games based on the George Lucas saga that you can download on your mobile or tablet. Fortnite is not among them, but you should know that the Rey, Finn, and Sith Tropper skins are available for the game. Without waiting any longer, we tell you which are the best Star Wars games for Android.

It might interest you: celebrate Star Wars day with the best wallpapers for your phone

In Star Wars: Galaxy of Heroes you can choose characters from all stages of the saga for form your ideal team and fight with them against your enemies. You can belong to both the dark side and the light side of the Force in this role-playing game in which you will have to control a team character in every fight with the rival team.


In addition to participating in battles with Star Wars characters, can also piloting mythical ships like the Millennium Falcon in their battles in space against enemy ships. Combat after fight, you must create an unparalleled team that becomes the most powerful in the galaxy.

As LEGO and Star Wars prepare to launch LEGO Star Wars Battles, a new mobile game, we are focusing on those titles co-produced by both companies that are now available for download. One of the most important is LEGO Star Wars: The Force Awakens, a game where you can control characters like Rey, Finn, Poe Dameron, Han Solo, BB-8 and Kylo Ren, the whose appearance mimics the mythical style of LEGO figures.

In this game you can participate in intense battles to defeat and expel First Order members, build with fun pieces to solve puzzles or just have fun and fly into space as you pilot mythical Star Wars ships and participate in dangerous aerial combat.

In Star Wars: Knights of the Old Republic, also included among the best Android games to play as a family, you will have to control the last hope of the Jedi Order, a character torn between the temptation of the Dark Side and the domination of the Force to save the Republic.


Craft your own lightsaber, travel through different worlds in your Ebon Hawk ship as you match other characters from the saga and learn how to use force to become the hero of the Republic after defeating your enemies. Will you be able to get it?

In X-Wing Flight you will not have to control a character, but rather drive an X-Wing fighter with which you will have to destroy all enemy warships and planes. Select the weapon you like best from all those available and drive through the characteristic Star Wars space, being careful not to get lost in its immensity.

If you are one of the nostalgic people who loved playing Pinball and are also a Star Wars fan, this game has everything to make you fall in love. Star Wars Pinball is inspired by a galaxy far, far away for you to interact with your favorite characters as you try to prevent the ball from falling through one of the empty spaces on the board.

The 3 tables available in the game are based on Star Wars: Episode V - The Empire Strikes Back, Star Wars: The Clone Wars and the character Boba Fett. While you play, you have to decide if you want to support the Galactic Empire or the Rebel Alliance with your scores. Are you clear on which side you belong?

The best UFC games you can try on Android ❯