We had the opportunity to take a closer look at the title, here's what we think!

Marines on a mission, downed helicopters, Sumerian ruins and ancient demons. Similar concepts may - on the surface - seem difficult to connect with each other, but this will not be the case The Dark Pictures Anthology: House of Ashes, the new video game signed Supermassive Games and from the release scheduled for the end of October. Are you curious to understand how all the previously mentioned elements can find themselves linked by the same thread?

We will try to explain it to you by analyzing the short preview that we were able to test, on PC, of ​​the title! 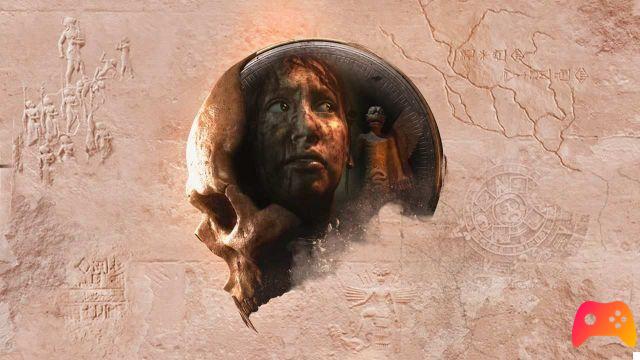 The implications of a mission

Iraq, 2003: in the period of maximum intensity of the conflicts between the local military forces and the American ones, a small group of soldiers from both factions find themselves involved in a thrilling experience. It all began with the downing of a US helicopter, the collapse of which, in conjunction with a series of earthquakes, caused several openings in the ground.

Both the soldiers aboard the vehicle and some of their enemies will fall into the latter, but they will soon prove not to be the main concern. The fractures in the ground have in fact opened the doors on a complex of underground ruins, apparently of Sumerian origin, which we discover to be the home of an immense evil: we are talking about Pazuzu, an ancient demon directly associated with epidemics.

The latter will soon manifest itself taking the form of a series of creatures with disturbing features that, animated exclusively by the desire for blood and death, will begin to chase and kill the unfortunate soldiers, thus forced to survive and find a way out of that underground place of death. 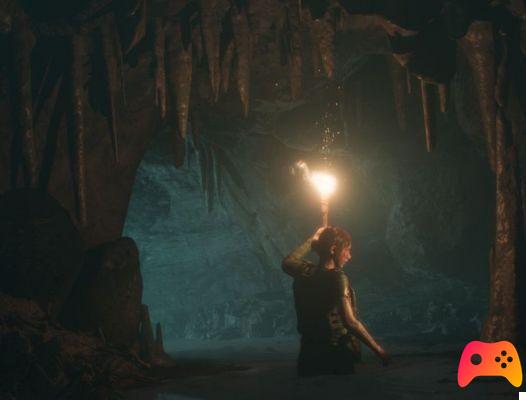 The Dark Pictures Anthology: House of Ashes follows in the footsteps of all the other chapters of the anthology, both from the point of view of game mechanics and their interactive video game nature. In fact, all the titles in the series are based on a few commands which, mainly concerning the exploration of the surroundings and the interaction with some objects, are immediate to understand even for newcomers to the genre.

The quick time events, on the other hand, are more demanding which, also characteristic of the saga, are apparently much more rapid and unexpected than those present in the previous chapters. 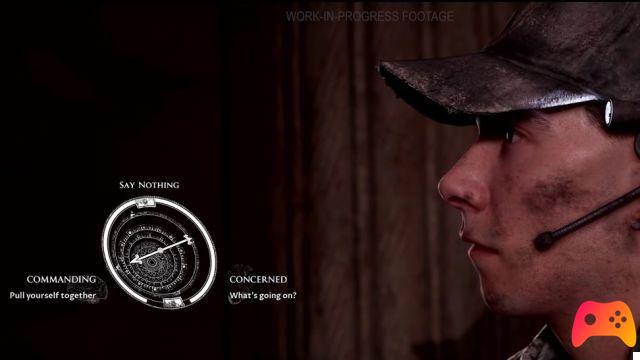 The Supermassive team has therefore exploited its skills by now well-established for the new chapter, not bringing particular changes to what is a core of few but well-chosen moves. The adventures of the anthology in fact want to represent real films to be experienced firsthand and, for this reason, they leave little room for the keys but much more freedom and variety to the story.

The strong point of the series is, in fact, the mechanism of choices: during the adventure we will have to make a series of decisions, both during the dialogues and facing the more exploratory phases, and each one - even the most apparently insignificant one - will be able to modify the course of the story and influence the relationships between the protagonists. In this sense, the preview, despite its brevity, has already allowed us to take a fairly in-depth look at these mechanics, which will lead the player to think very carefully about the answers to be given and the options available: will it be better to follow the path dictated by the heart or by reason?

The Dark Pictures Anthology: House of Ashes and its interactive film nature

To allow you to immediately enter the heart of the story is not only the intriguing plot, but also the graphic sector: the latter is in fact essential both to ensure the creation of an evocative environment and to obtain greater harmony with the game characters.

The protagonists, among which we will find some faces already met in previous chapters, are made with the classic desire for detail that has always characterized the signed titles Supermassive Games, designed to allow them to represent the right compromise between reality and digital representation. 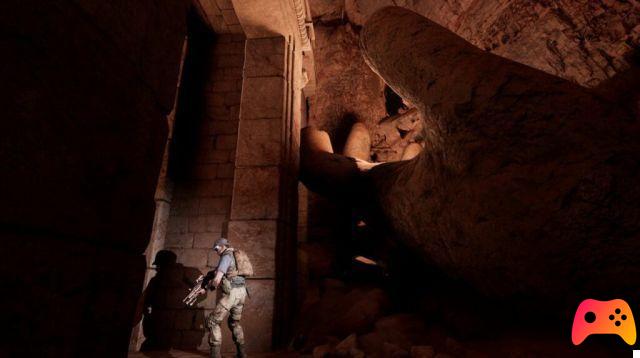 The underground environments that characterize the ruins are to be left speechless. The latter are in fact capable of generating, despite their apparent immensity, a sense of restlessness and claustrophobia in the player, who from the very first steps almost has the impression of finding himself in a path already chosen destined to take him as far as possible from safety.

To make the setting of The Dark Pictures Anthology: House of Ashes less enjoyable and more frustrating to explore, however, is the brightness management. Many areas are in fact too dark even if illuminated with the appropriate torch and this prevents you from seeing the details of the ruins, as well as some objects to interact with. Opting for a maximum brightness in the game settings could, on the other hand, distort the title, moving it away from its horror and mysterious nature. 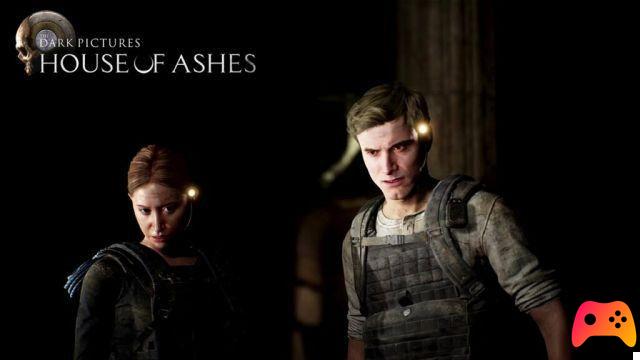 Summing up, the preview hour of The Dark Pictures Anthology: House of Ashes it did not bring with it any particular novelties and, for this reason, it was not able to surprise. However, such a detail should not be misunderstood.

The title in fact takes up what are a series of characteristics already known but which, as seen in the previous chapters of the anthology, do their duty perfectly, combining plot, variety and the right degree of terror. Valid, despite the brevity of the preview did not allow to deepen their characters and past, also seem to be the characters, apparently very different from each other yet united by the common desire to survive.

To learn more about the features of the title it will not be necessary to wait long: House of Ashes will in fact be available, on PC and consoles PlayStation 4, PlayStation 5, Xbox One and Xbox Series X | S, starting from 22 October 2021.

► The Dark Pictures Anthology: House of Ashes is an Adventure-type game published by Bandai Namco for PC, PlayStation 4, Xbox One, PlayStation 5 and Xbox Series X, the video game will be released on 22/10/2021 (in 28 days)

Add a comment from The Dark Pictures Anthology: House of Ashes - Preview