All ranks and maps in Counter Strike: Global Offensive

Despite the fact that many people have a certain preference for those old customs practiced in the first version of Counter Strike. The developers remained faithful to the content, committed to offer the best to your community.

That's why this update has revolutionized the opinions of players, as the improvements are not limited to the graphics only. But also the game mode, the weapons, the analytical system, among other aspects.

Therefore, today we will talk about two very important points within Global Offensive. Which consists of the playable maps and the ranks that many individuals aspire to achieve.

One of the biggest advantages offered by the latest Counter Strike update is the ability to have lots of maps to select from and set up your games, so many that they seem endless. 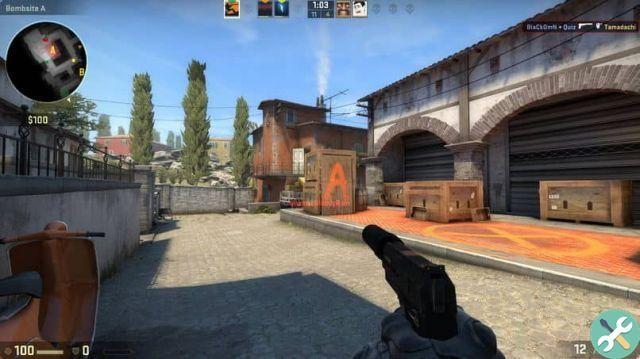 However, not everyone qualifies as neutral for competitive methods, which is why they are not used frequently by players, in order to avoid quarrels or advantages from the opposing team.

For this reason, many users decide to omit the selection of those who are part of this small group, which is a shame, because they lose the test of the dynamism that allows the fun within this style of games.

Therefore, here we will reflect one Top 3 of the most used maps to run competitions and thus successfully climb the ranks of the game.

Considered to be one of the oldest and statistically proven the most used by veterans and new players of Counter Strike: Global Offensive.

Set in the Middle East, it's a map that allows you to put into practice the strategies developed by the players, in order to get the best result at the end of the game.

As for the competitive method, it is one of the favorites, as it consists of a balanced area for both sides, totally dependent on teamwork and the ability of each player to emerge victorious from the match.

Long enabled and feared by some players, Train features as one of the most difficult maps in the game. Although has a slight advantage for the "Counterterrorism" group.

This is all due to the fact that it has stairs and narrow passages that lead directly to the places where the bombs are to be placed. However, to come out victorious will depend on the strategy to catch the enemy off guard.

Its appearance dates back to version 1.6, but within Counter Strike: Global Offensive it features a number of updates that do so. Like Mirage, one of the most balanced maps for both sides.

It is very popular because of the variability of its zones. Matching roads, hiding places, distance between bases and the ability to cross fire, prolonging the games and adding more excitement.

Rank consists of a hierarchy established by the game system, which ranks each player's experience rank. Likewise, Global Offensive has an analytical system directly related to the ranking. Well, evaluate and evaluate the intelligence and strategy of each user during the game.

Sorted from lowest to highest, the ranking is based on the first four links of Silver. To advance up to Silver Elite and Elite Master.

After this stage, you will enter the section Gold Nova. Which consists of three stages before reaching the Gold Nova Master recognition.

From there begin the important degrees of Master, called Master Guardian I, II and Elite, which advance to the classification of distinguished. Additionally, the Legendary Eagle and Eagle Master positions are considered to be the previous step to the highest ranking.

Finally, the highest positions, and which are occupied by 1% of the players, are Supreme Master First Class e The global elite. Knowing all the ranks and maps of Counter Strike Global Offensive, what are you waiting for to start the battle?

add a comment of All ranks and maps in Counter Strike: Global Offensive