All the PlayStation games we'd like to see on Android

Although mobile video games have greatly improved over time and today we can enjoy great games like Rockstar Games' Grand Theft Auto saga, it is also true that there are not a few users who prefer retro games to current graphics. 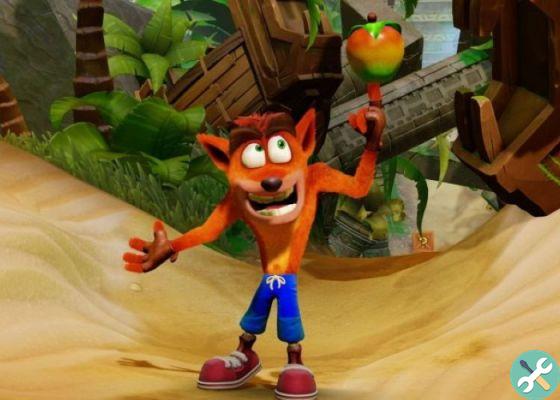 Although Android has great jewels in its catalog, there is a console that has been a before and after in the history of video games. The first PlayStation (or PSX) launched by the Japanese company Sony in 1994 made popular in the West some of the most important sagas such as Final Fantasy, Resident Evil or Metal Gear Solid, games that have marked the childhood of many and that we would like to be able to return to taste them officially on our smartphone.

Note: We know that Android has a lot of PlayStation emulators in its catalog and that playing original PSX games on a smartphone is quite simple. However, we do not support piracy or illegal ISO download.

The stealth game released in 1998 and developed by Konami and the great Kojima was a real revolution for its time. Not only for its incredible graphics, but also for its story, gameplay and the artificial intelligence of the enemies. Considered by many to be the best game on PSX, was a resounding commercial success, selling up to over six million copies worldwide.

In Spain we will always remember him above all the fabulous dubbing of Afonso Vallés and his famous phrase by "What the hell?"

Although the Resident Evil saga is more fashionable than ever thanks to the recent remasters of the second and third titles for next-generation consoles, there are not a few players who continue to stick with the original games. That setting, the tank-like controls, that fixed camera and those zombies and other hungry creatures ... I hope I can revive them on a smartphone!

Perhaps the Resident Evil of the original PlayStation (1 to 3) are the ones who have been able to capture the essence of survival horror since, with honorable exceptions, the saga has evolved into action, which is not liked the most by avid fans. We would like to be able to remember them in the palm of our hand.

The legend of the dragon

PSX had many RPG titles, although the most famous were those from the Final Fantasy series. However, Square Enix's popular franchise had many competitors, such as The Legend of Dragoon released in Europe in 2001. Despite the mixed criticism from the press of the time, the game distributed directly by Sony became a cult title reaching really exorbitant prices in the second-hand market.

Turn-based combat, a fairly grown-up story, a truly epic soundtrack and a Spanish dub make it a must in the PSX catalog. While many of us would give anything for an HD remaster of this next-gen console game, it would also be worth being able to acquire it on Android phones or tablets until that happens.

If Nintendo had a mustachioed plumber and SAW a blue porcupine, Sony has adopted a bandicut as its official mascot, an Australian marsupial who has starred in some of the major platform video games on 32-bit consoles, which have also been remastered for the next generation game.

Rumors suggest that Crash Bandicoot may soon reach cell phones but not in the way we know it but in an endless runner. Although for those of us who grew up with this fun marsupial, to be able to enjoy these classics again on a smartphone would be priceless.

And we end up with what is arguably the best driving game for Sony's Gray. We absolutely fell in love with Gran Turismo thanks to its realistic graphics, famous brand cars and precise driving. It also introduced a rather peculiar element and that is that if we wanted to race on the most demanding circuits we had to pass various driving tests.

While we'd love to enjoy the original Gran Turismo on a smartphone again, we won't deny that a Gran Turimos for Android, with modern graphics and multiplayer, it would surely have beaten it.

Fortunately, more and more companies are bringing classic titles to Android, such as the outstanding Castlevania: Symphony of the Night, can you imagine remembering jewels like Tekken 3, Tomb Raider, Alundra or Silent Hill?

And you, which games from the original PSX would you like to relive on a smartphone?

All final forty free and paid games for Android ❯