There are only a few days left until its release on the market and the highly anticipated cyberpunk 2077 by CD Projekt RED returns to show itself (after the gameplay trailer a few days ago) with a new gameplay video, this time recorded on PlayStation 4 Pro and PlayStation 5.

Thanks to the video it is possible to admire the title also on PlayStation 5 through the backwards compatibility mode, with the specific update for the next-gen that will arrive at a later time.

The video shows one of the three backgrounds that can be selected at the beginning of the adventure, the Nomad. This will be found operating in the Badlands, the desert area surrounding Night City, but also on the streets of the city itself. 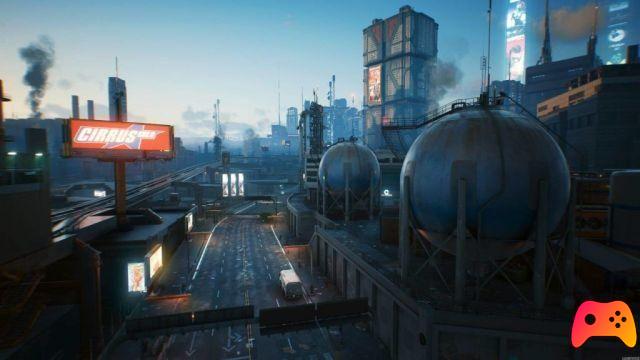 We remind you that Cyberpunk 2077 will be available starting from December 10 2020 for PC, Xbox One, PlayStation 4 and Google Stadia, with the possibility of playing the title also on Xbox Series X | S and PlayStation 5 already before the arrival of the free update, which will be available for owners of a copy of the game for Xbox One or PlayStation 4.

Summer Game Fest 2021 - The trailer of the event

Add a comment from Cyberpunk 2077: new gameplay on PS4 Pro and PS5