Il Throne of Desire is the place in Dark Souls II where all the knots come to a head. As already addressed in the previous guide, dedicated to his Keepers, there is the "real" throne of Drangleic, the one on which King Vendrick has never sat, preferring to end the rest of his days in the Crypt of the Undead, wandering in a circle aimless and with empty eyes.

This guide it is particular because it touches the which is why Drangleic has become a decadent kingdom and the real reason Vendrick hung the crown on a nail. She has blonde hair, a light green dress and her portraits fill the halls of the castle. Who are we talking about? Of Nashandra, queen of Drangleic - the main antagonist of Dark Souls II. 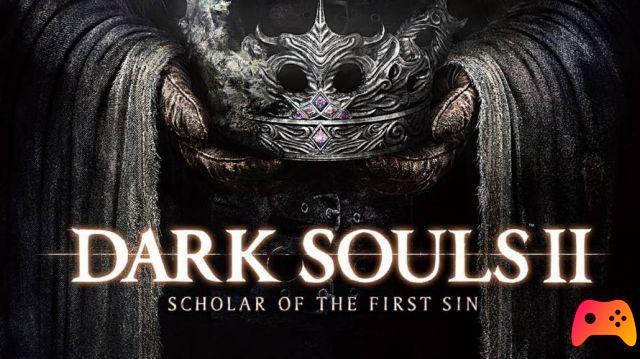 Nashandra hides a terrible secret: his human aspect is nothing but a comedy, because his true aspect is that of a tall and elegant skeletal being, as black as his soul. In order to challenge the queen - thelast boss of Dark Souls II before Scholar of the First Sin - must be respected three conditions:

The order of the last two points doesn't matter, but if the Brotherhood of Giants was obtained before challenging the Guardian and the Keeper of the Throne, Nashandra will appear immediately after the encounter. In this case, the queen will cross the mist in her true form and with the sharp scythe; otherwise it will wait for the Curse Bearer directly in the center of the arena. We enter the atmosphere with his song composed by Motoi Sakuraba, who took care of the soundtrack of all the Souls.

Despite being the original final boss of Dark Souls II, Nashandra is rather magnanimous, not very aggressive and slow. The only real difficulty lies in the curse that oozes from the fountains it generates; therefore one of the four slots dedicated to the rings should be theRing of Curses, which increases resistance against the aforementioned status, available for purchase from Cromwell the Absolutor or Magerold of Lanafir. Also from Cromwell it is possible to buy the Resistance Ring, which further increases the tolerance threshold. Other useful rings are the Dark Quartz Ring, which increases resistance to darkness, and the Ring of Binding, which limits the reduction of HP from undead. The latter is located in the Cathedral of the Blue. 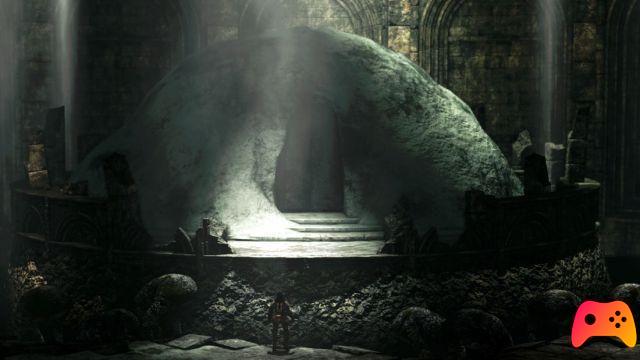 Nashandra has a high resistance to evil eyes (obvious) and a weakness to electricity. The arena is the same as the Guardian and the Keeper of the Throne so, once again, be careful not to push too hard as there is a risk of falling. Nashandra also encourages a ranged approach with a bow or miracle as it tends to be very stationary, with few clicks.

Brave undead ... you proved your worth. Now it becomes one with the darkness. 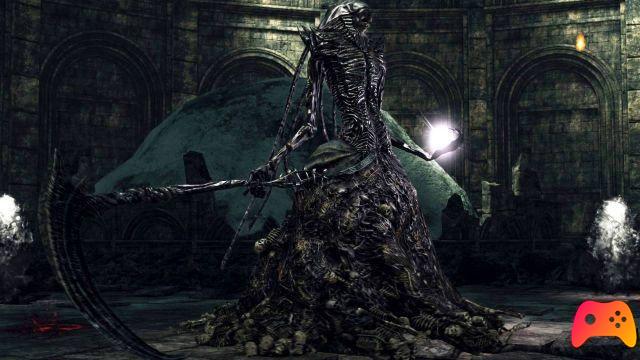 To better understand why Nashandra sends the protagonist in search of Vendrick and why he eventually appears near the Throne of Desire, revealing himself as the last (or penultimate) boss of the FromSoftware title, it is necessary to explain who he is. Nashandra is not a native of Drangleic: she came from afar crossing the sea and immediately struck the local monarch, Vendrick, for her beauty, thus becoming her beloved "Shandra". She was so influential that, once she became queen, she convinced Vendrick to set sail by warning him of the threat of giants. The victorious king returns to the kingdom with a prize, presumably the Throne of Desiderio himself, by capturing the giants and creating from their souls the golems that roam Drangleic. It is thanks to the golems, and in honor of the queen, that the Castle was erected and the Throne of Desire positioned in the heart of the building.

The chancellor clearly says that the queen brought a 'it was one of peace in the kingdom, a deep peace like darkness. This era was short-lived as the giants counterattacked and landed at Drangleic, devastating it. The effects of this new war are clearly visible in some areas of Drangleic, such as the Forest of the Fallen Giants or the Memories, which allow you to have a front row seat to what will be the decay of the kingdom, a decay that is sealed with theVendrick's abandonment of the throne. 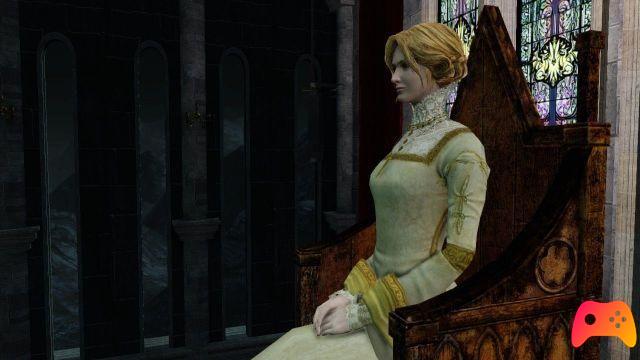 The king, in fact, goes as far as the Sanctuary of Amana, where he leaves his great soul, and then pushes up to the Crypt of the Undead, where it will fade out until it becomes empty. All this because he understood that Nashandra pursued a very specific plan and love had no place in her heart. The queen's goal was to get to the Throne of Desire that she could not get to, not having the King's Ring leading the way, and not possessing such a soul as Vendrick's, who is a missed Chosen Undead. The Throne of Desire is nothing more than the reconstruction of the First Flame of the first Dark Souls, which allows you to continue the Age of Fire as fuel or start the Age of Darkness. Vendrick chose not to bind the fire and erected barriers to keep Nashandra from approaching it. Why?

Queen Nashandra is another great Dark Souls reference. It is an emotion, a fragment of Manus that symbolizes desire. He is the smallest fragment of the Father of the Abyss, defeated in the previous chapter of FromSoftware, and as such the first to recover and become aware of himself. This theme will be explored in the DLC of Dark Souls II, but the fact is that assuming human form she feels the "desire" to get closer to a king like Vendrick as she compensated for what she did not have: power. 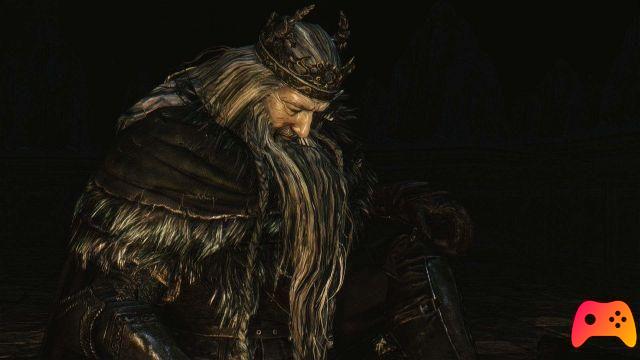 The tiara was never enough for Nashandra: being the weakest piece, she craves a soul overflowing with power and the symbol of power itself, the true throne. Unfortunately for her she will never get what she was terribly lacking. And Vendrick, for his part, despite being a shadow of the past, can not help but mull over his life changed one day for a small, weak fragment that he insists on calling his beloved Shandra, proof of a love never dormant.

► Dark Souls II is an RPG-Adventure game developed by FromSoftware and published by FromSoftware Bandai Namco for PC, PlayStation 3 and Xbox 360, the video game was released on 11/03/2014 The version for PC came out on 25/04/2014